Home > Technology > What is the History of VPN Creation? 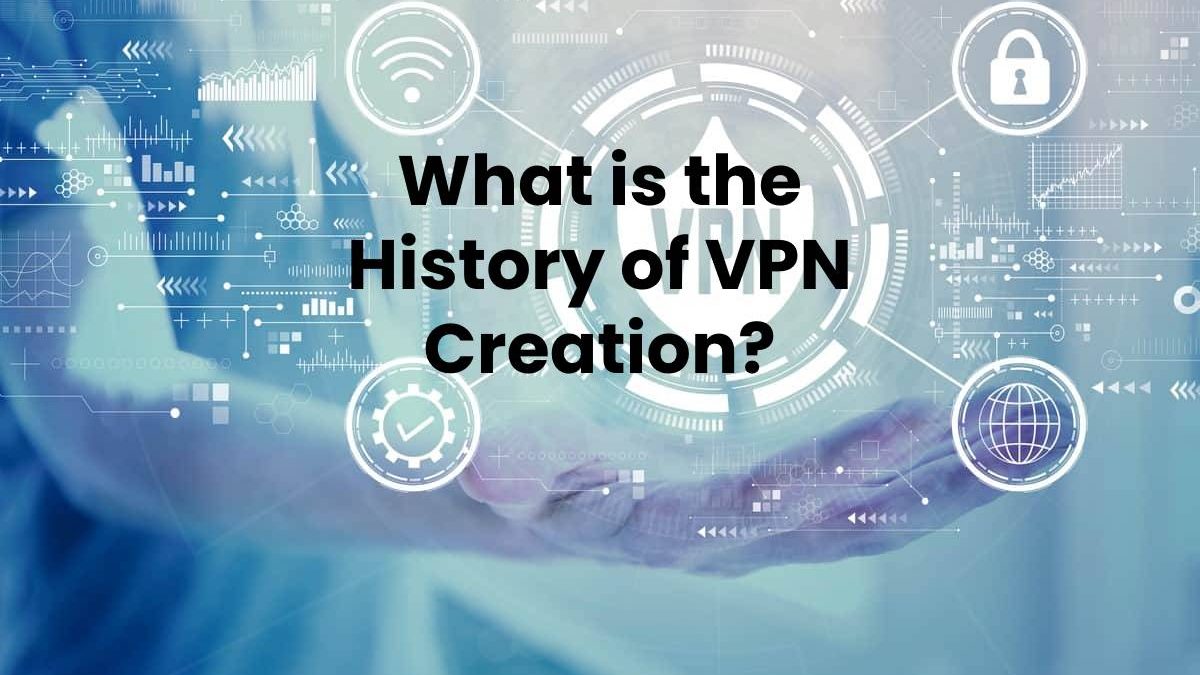 What is the History of VPN Creation?

The internet has been a controversial and perplexing phenomenon since its birth. It is believed to be a democratic notion at its foundation, allowing for freedom of opinion and speech as well as equality between individuals from all over the world.

However, because the world is far from perfect, the internet adopts some of its characteristics. Because an increasing number of individuals around the world are unable to freely access the internet, human equality remains a theoretical concept, even in the virtual sphere.

Furthermore, with an increasing number of scams, data breaches, and identity thefts taking place on the internet every day, it’s simple to see why the internet’s “guardians” are struggling to help avoid damage at the end-user level, but the actual solution was to strengthen the security of the connection itself. That’s where virtual private networks (VPNs) come in. Let’s explore what VPN is and what its history dating back to.

In 1960, the United States Department of Defense was the first to begin researching and using electronic ways of communication between remote places.

The worldwide web as we know it today began with this TCP/IP architecture. This study resulted in the creation of the Internet Protocol Suite in 1982, which was later adopted by the commercial computer sector in 1985.

In 1993, as the necessity for network and internet security became clear, John Ioannidis and his colleagues at Columbia University and AT&T Bell Labs began developing internet security technology. Their efforts led to the development of the first VPN, the software IP encryption protocol (swIPe).

Wei Xu created the IPsec network in 1994, which is an internet security protocol that authenticates and encrypts data packets shared over the internet. Simultaneously, the Encapsulating Security Protocol was developed, representing still another step forward in VPN technology.

VPN was within reach, and it was only a matter of time before it was created, as these protocols became quicker and more complex.

Finally, in 1996, Gurdeep Singh-Pall, a Microsoft employee, began creating the Point-to-Point Tunneling Protocol (PPTP) to allow users to work from home while maintaining a secure internet connection. This incident is often regarded as the start of the VPN.

What is the Historical Development of VPN Types?

VPN history dates back to 1996 when a Microsoft employee (most sources indicate Gurdeep Singh-Pall) began working on the Peer to Peer Tunneling Protocol (PPTP), the industry’s first VPN protocol. The standard was released in 1999.

Let’s take a look at some of the historical advancements of VPNs.

Security was not high on the priority list when the Internet Protocol was created in the early 1980s. However, as the number of internet users grew, it became clear that more protection was required.

The National Security Agency funded the development of security protocols in the mid-80s as part of the Secure Data Network Systems initiative to meet this demand. As a result, the Security Protocol at Layer 3 and, subsequently, the Network Layer Security Protocol were developed. Throughout the 1990s, several additional engineers worked on this project, and IPSec emerged as a result of their efforts. As part of the IPv4 suite, IPSec is now an open-source standard.

SSL VPNs originated as a result of the complexity of the Internet Protocol security (IPsec) infrastructure, as well as the impossibility to accommodate every end-user—especially distant users—on every platform. Secure remote access via a web portal and network-level access via an SSL-secured tunnel between the client and the corporate network are the two main features of an SSL VPN. An SSL VPN’s main advantage is data security and privacy.

An SSL VPN allows customers secure remote access to business applications without needing the installation and maintenance of separate client software on each user’s machine since it leverages conventional web browsers and technologies. The majority of SSL VPNs also support different authentication methods.

In a mobile VPN, the server remains at the organization’s network’s edge, allowing authenticated, authorized clients secure tunneled access. Mobile VPN tunnels, on the other hand, are not bound by physical IP addresses. Each tunnel is instead assigned a logical IP address. The mobile device retains the logical IP address. A good mobile VPN keeps users connected and can transition between different access methods and public and private networks.

Remote access and mobile settings are separate, according to the makers of mobile VPNs. A remote-access user connects to a fixed endpoint, starts apps that connect to corporate resources as needed, and then logs off. The endpoint in a mobile context is always changing (for instance, as users roam between different cellular networks or Wi-Fi access points). As the endpoint changes, a mobile VPN maintains a virtual connection to the application at all times, handling the necessary network logins in a manner that is transparent to the user.

COVID-19 has stifled the Mobile VPN market’s development substantially since last year, and this trend is expected to continue until 2021. Massive industrial countries, which are severely afflicted by the spread of coronavirus, have seen a surge in demand for mobile VPN services. This industry’s raw materials to end-users will be scientifically examined, as well as the trends in product circulation and sales channels. This paper covers COVID-19 and gives a detailed and in-depth examination of how the pandemic has pushed this business to change and improve.

What is the Purpose of a VPN?

When you connect to the internet, your ISP normally sets up your connection. It uses your IP address to monitor you. Your network traffic is routed through the servers of your Internet service provider, who may track and display everything you do online.

This is especially critical if you use public Wi-Fi networks frequently. You never know who is watching your online activities or what they could take from you, such as passwords, personal information, financial information, or even your complete identity.

A VPN hides your real IP address by displaying the IP address of the VPN server you’re connected to instead of your own. This protects your IP address from being discovered. Some VPNs group numerous users under a single shared IP address, further masking your online activities.

When you combine IP masking with encryption, your online activities are completely hidden from ISPs, hackers, and government monitoring. A virtual private network (VPN) protects you in a variety of ways.

What is the Future of VPN?

As a result of the coronavirus epidemic, which triggered a huge digital transformation for many organizations and office workers in early 2020, the value of VPNs shifted dramatically. VPN trends that began before the outbreak accelerated in a matter of days.

The shift of office workers to a work-from-home environment has created a new challenge: how should businesses support workers who access corporate resources from home via computers and mobile devices?

A fat client model is used in classic VPN to create a secure tunnel from the client device to the corporate network. This tunnel is used for all network communications. This model, however, comes at a price: Access to public cloud resources must go through a VPN tunnel to the corporate site, which then relays access to the cloud provider over the internet. Hairpinning is the term for this.

In the future of VPNs, the increasing capability of end systems will allow more software-based VPN solutions to be integrated into endpoints. VPN technology will improve to take advantage of local process capabilities, making VPNs more user and administrator-friendly. Network administrators will administer VPNs through centralized platforms.

IT workers should anticipate seeing more AI and machine learning used in these security operations in the future to improve their efficacy without requiring extra network or security administrator support.

Review What is the History of VPN Creation?      . Cancel reply

How to Improve Business Intelligence Perspective with a CBAP Course

How To Become An Ethical Hacker in 2021

How Digital Tools Can Help You Stay Motivated At Work