Home > Definitions > What is Yahoo? – Definition, Origin, Types And More 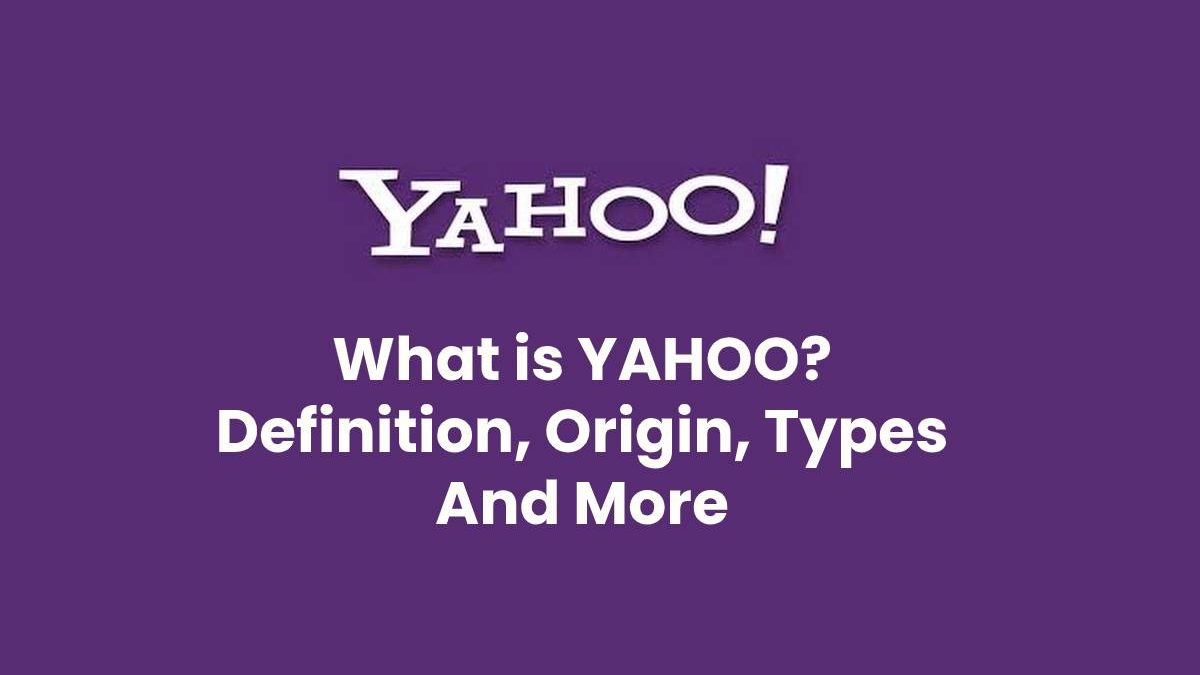 What is Yahoo? – Definition, Origin, Types And More

Yahoo! Inc., is an American company focused on providing Internet-related benefits. This company has a directory, a search engine, virtual stores, and various applications, including an email system widely used worldwide.

They formed Yahoo during the first days of 1994 by Jerry Yang and David Filo, two students from Stanford University. Two years later, the firm began trading on the New York Stock Exchange.

Regarding why it was named Yahoo, the most reliable version maintains that Filo’s father used to comment that his son and Yang were two “yahoos”. Yahoo is a term used in literature to name a wild and atrocious creature. Jonathan Swift (responsible for the work “Gulliver’s Travels“) and Jorge Luis Borges are some of the writers who used the concept. Another version argues that Yahoo is an acronym for Yet Another Hierarchical Officious Oracle.

In February 2008, Yahoo received a purchase offer from Microsoft valued at $ 44.6 billion. The proposal was rejected by the company, considering it very low. A year and a half later, however, Yahoo and Microsoft agreed to the use of the search engine.

What is Yahoo! Mail?

Yahoo! Mail is one of the most popular Yahoo services. It works under the webmail modality (a mail client that works through a web interface and is accessible from a browser) and has several million users. Yahoo! Messenger, an instant messaging application, is a complementary application to mail.

In the Shadow of Google

It has certainly had a brilliant start; Anyone who has had the opportunity to surf the Internet back in the mid-1990s will surely remember that their first email box was on the servers of that company. What nobody knew is that in September 1998, a project that had also started with the work of two university students would attract the gaze of the cyber world: Google.

Despite the advantage that Yahoo had over its newborn competition, it didn’t take long for Google to gain popularity. That on nothing more than the user experience: more and better results, higher speed, and simple design and direct.

In English, it is possible to convert any term into a verb, adjective or noun without much effort, given the flexibility of the language; phrases like “do you yahoo?” (Yahooeas?) Or “Google it” (Googléalo) are marketing tools that have given excellent results for both companies, and that AltaVista clearly could not take advantage of, given the extent and shape of their brand.

As if the defeat in the field of search engines had not been enough, ten years after the launch of [Yahoo], Google introduced Gmail. This email service had the distinction of offering 1GB of initial space, which would continuously grow, among other features that would make it immensely popular and once again overshadow its predecessors.

It does not offer negligible services, and it has the merit of having tried to adapt forever to continue claiming its space in the market. Its biggest problem is, it relies on aesthetics rather than performance. Given that this type of user is in the tens of thousands, it is understandable that Yahoo continues to live.

What is Looker? - Definition, Advantages, Functions, And More

What is InterNIC? – Definition, Functions, And More