Home > Definitions > What is the Internet? And Why it Is the Fastest Information Source? 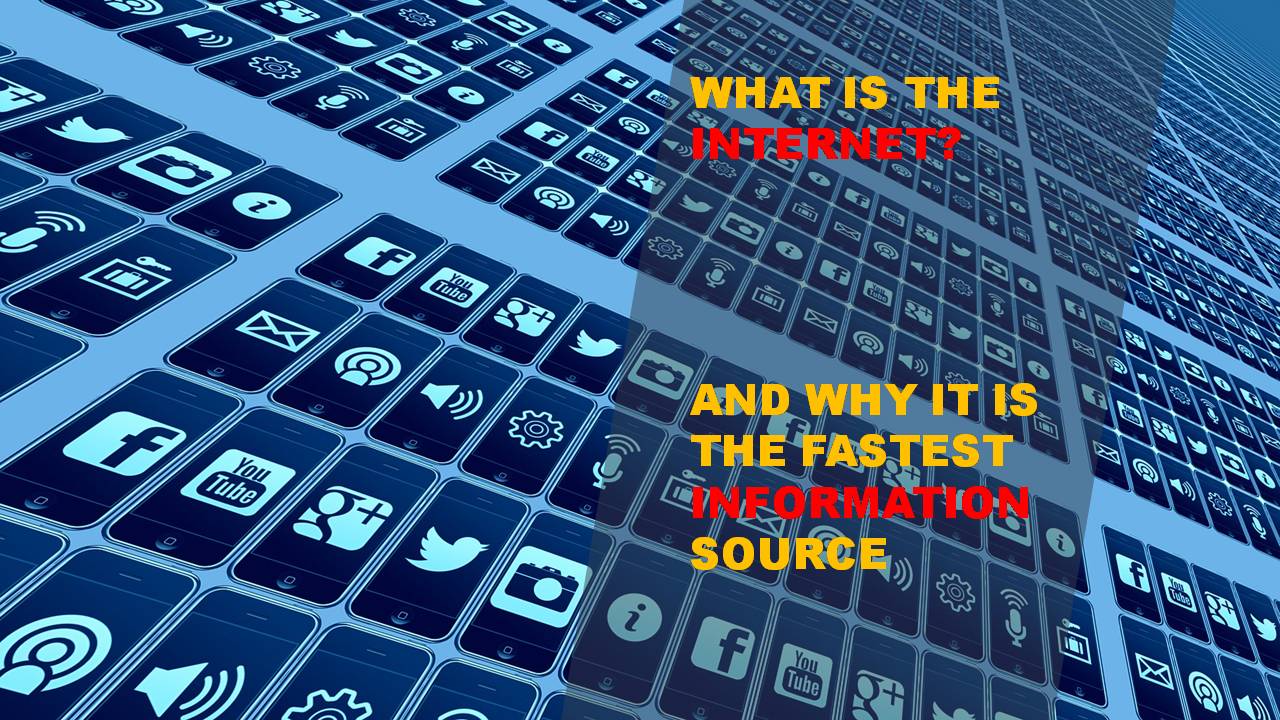 The Internet is the union of all the computers and networks dispersed all over the world, so it could be defined as a global network in which all the networks that use TCP / IP protocols are combined and that are compatible with each other. This was created in the 60s as a military government project; however, over the years, it has evolved to such an extent that it has become indispensable for people.

Three years later the first public demonstration of the system was made, thanks to the fact that three universities in California and one in Utah managed to establish a connection known as ARPANET (Advanced Research Projects Agency Network).

Why the Internet Is the Fastest Information Source

We have seen videos and news getting viral on social media in just a matter of seconds. Social media is the most responsive medium for information exchange. They have users that are always online. New stuff is coming in every second.

We have seen many examples like this because of the fast and quick nature of the internet and social media. I’ll just provide a few reasons to why the internet is the fastest information source.

Well, internet servers are online 24 hours a day, and they are never shut down. We have the ultimate source of information and entertainment 24/7. You can log in at 3 am, and you will still get new updates about happenings in the world there are many things changing and updating around the world.

You will get to know about them all sitting on your laptop or scrolling through your mobile device. People are updating and uploading new posts every second. According to stats, there are approximately 2.38 billion users of Facebook.

Out of these users, approximately 1.4 Billion people visit the site every day, and many people check their Facebook accounts multiple times. These are the facts about Facebook. There also millions of users who are online on Twitter and other social media sites. To stay updated 24/7 with news and important updates, you ought to have an extensive internet connection. Check out Spectrum Triple Play.

Online News websites have really been a helpful source of news. They are a great source of quick news. You open your social media account, and you get a news post linked to a website article. You can like various news websites pages on Facebook like Daily Mail, The New York Times.

They also have accounts on Twitter and Instagram. You can follow them there too. They are the best internet news source, and moreover, they are the best reliable sources on the internet.  TV and other means are also very helpful so you should have both Internet and TV connections. Check Out Spectrum Ultra Internet. They have different plans and bundles for your usage.

Internet is a speedy source, and it allows us to provide and upload information easily and in a quick way. Have it not been for the internet. We would have lagged behind a lot. You can capture footage and upload it in seconds over the internet on different platforms.

Social media websites like Facebook, Twitter, and Instagram, have vast and fast servers. They spread your message to the entire internet. It is accessible by billions of users. Once a video or some quote or some post gets viral, it gets many views and likes. Your voice can be heard by millions.

Many social issues have got a lot of attention on social media, and many of them have been resolved due to the enormous amount of attention got worldwide. If you want to stay updated and connected with an internet source at all times, use Spectrum Ultra Internet.

Internet is not only news and updates. It’s not boring at all. It has a lot of entertainment too. You can play games, watch movies and do stuff online. Interesting stuff that will cheer you up if you are having a bad day. There are some really good games introduced in the market called AR Oyunlar,so I’ve heard. They really are impressive. Go and check them out too.

Review What is the Internet? And Why it Is the Fastest Information Source?. Cancel reply

A Detailed Guide on Ergonomics

The Financial Sector Transformation and the Role of IoT

What is W3C? – Definition, History, Bases, And More

What is Wagering Online gambling is one of the fastest-growing industries in the digital world. That also means it is…

How to Manage Risks of Investing in Bitcoin