Home > Definitions > What is Windows? – Definition, Uses, Versions and More 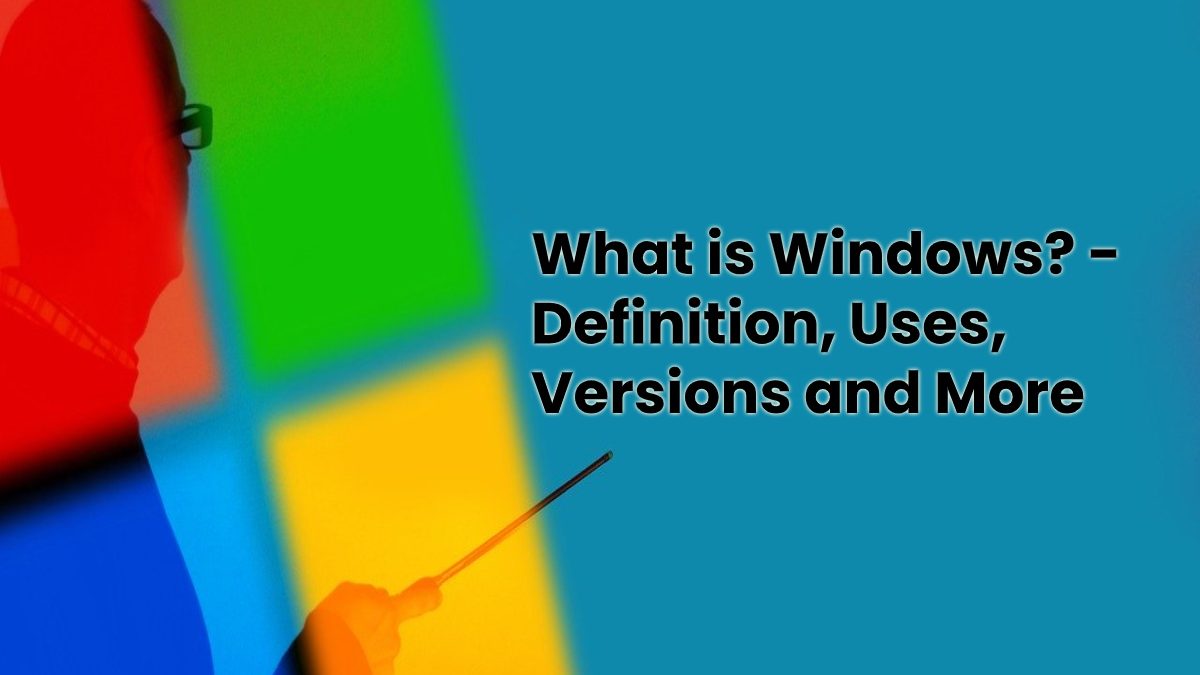 What is Windows? – Definition, Uses, Versions and More

Windows is an operating system established by the software company Microsoft Corporation, which is prepared with a graphical user interface based on the prototype. A window represents a task executed or in execution, each one can contain its menu or other controls. And the user can expand or reduce it through a pointing device such as the mouse.

It is rather than an operating system itself, a series of distributions of the MS-DOS ( Microsoft Disk Operating System ) or Windows NT.

Old operating systems of the company, framed in a visual operating environment, which works based on the virtual reproduction of a desktop. And also, other office implements, such as folders, files, and even a recycle bin.

The first appearance of Windows occurred in 1985, as a step forward in the modernization of MS-DOS towards the graphical user environments (GUI). And since then it has become the most used operating system in the world, covering almost all the available market share (90%) for years.

In addition, windows offered its users a growing variety of available and updated versions of the program, with notable differences in appearance, stability, and power. The incorporation of the Internet also allowed the automatic update of the software anywhere in the world.

What is Windows for?

Here is the history of [Windows] versions through a list of its main versions:

A hybrid between 16 and 32 bits, it emerged in August 1995 and was a notable sales success. It renewed its graphic environment and had several reissues: 95 SP, 95 OSR1, 95 OSR2. And also subsequently gave way to [Windows] 98, [Windows] 98 Second Edition and [Windows] ME (Millennium).

In its sister versions of Professional, Server, Advanced and Datacenter Server, this edition appeared in 2000 opted for greater compatibility and also the incorporation of a new train of applications.

It appeared in 2001, this new [Windows] took its name from experience and was undoubtedly the most popular version of the history of this software. Reaching 95% of the world’s computers.

Based on NT technology and with XP inheritance, it is a more compact version for use on web servers.

It appeared in July 2008 and was controversial among many other things due to its content management favorable to entertainment companies rather than users of the system. He had several distributions such as Starter, Home Basic, Business, Enterprise and Ultimate, none very successful.

Update of the 2003 version, but using Vista technology.

With various versions such as Starter, Home Basic, Professional, Enterprise, Ultimate, and others. It is considered an update of Vista taking advantage of XP technology. But pointing to the multimedia and different format needs of 2009.

Appeared in 2013, it contemplated in its many versions (8 Pro, 8 Media Center, 8 Enterprise and 8.1). A radical change of style and aesthetics, already betting on Smartphones, Tablets, and other touch screen devices.

The current version appeared in 2015, aiming at the unification of all [Windows] users in the world under a single version, heiress of 8. It has the variants 10 Home, 10 Pro, 10 Enterprise, and 10 Education.

Also Read: 5 Tips on How to Effectively Control a WhatsApp Group

What is the Razer Cortex? - Definition, Features and More

5 Tips on How to Effectively Control a WhatsApp Group

What is an Archie? – Definition, Examples, And More