Home > Definitions > What is iOS? – Definition, Uses and All the Versions of iOS 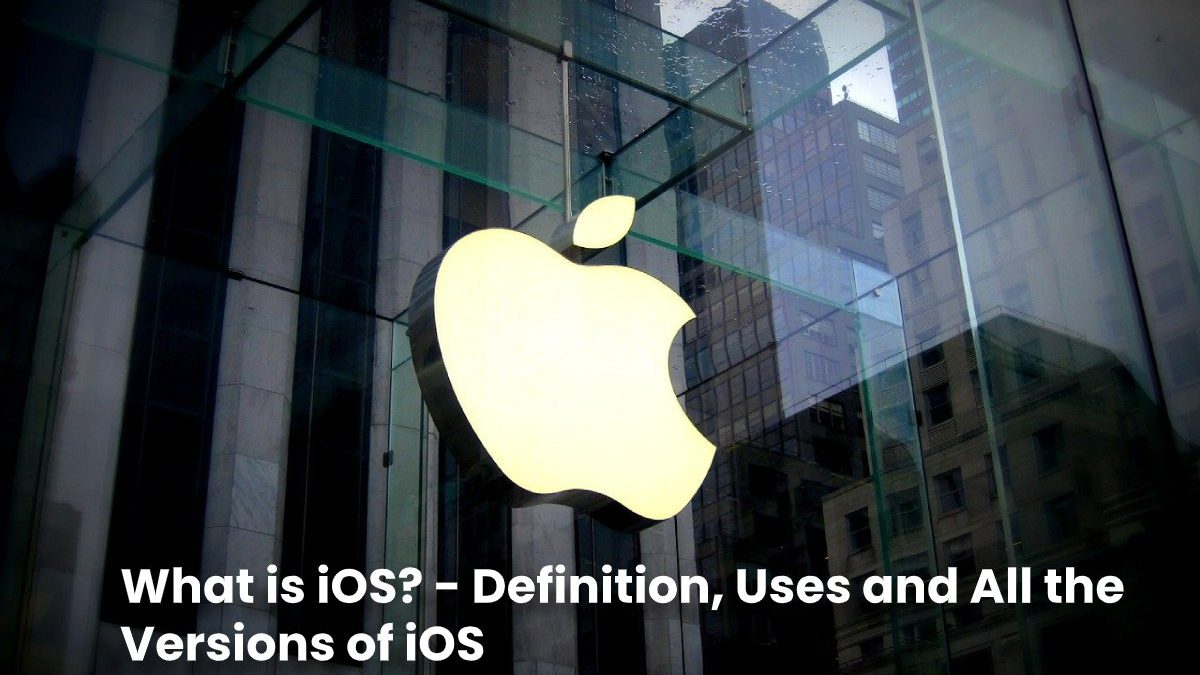 IOS is the operating system designed by Apple for its products, iPhone, iPad, iPod Touch, and Apple TV, other devices like the iPod Nano and I watch use a more basic system. And they are directed to a specific function based on  Swift design patterns because it incorporates some of its gestures and icons and can also be synchronized with phones or Tablets.

This is because the design of ios is to take full advantage of the Hardware it places on its devices, which has always been significantly differentiated from other manufacturers.

Also Read: 6 Things to Consider When Choosing a Password Manager

All the Versions of iOS Till Date

Apple has managed to dominate the market of cellular technology in recent years. One of its points in favor, in its incredible operating system for smartphones and tablets, iOS. This operating system has been with one of its most popular devices, the iPhone, from the beginning.

There have been many versions of iOS. Thirteen to be exact since, after a long wait, iOS 13 is already within our reach. This new version of your operating system is the best one to date, according to the various ratings.

Today we will review the evolution that [iOS] has had over the years. We will talk about all the versions from the first version that went on the market, to the most current today in the history of [iOS].

iPhone OS 1.0
At first, iOS did not have that name. The change of name was a few versions later. This version came out in 2007, had compatibility with the first generation of iPhone and iPod Touch. With this operating system, the first iPhone was born.

iPhone OS 2.0
His departure date was July 2008. He brought many good things. Among them was the App Store, so it was now possible to download applications to our iPhone. It was a version that came factory installed on the iPhone 3G, but we could update the first generation with it.

iPhone OS 3.0
The release of this was in June 2009. With this version was even more functionalities added, which significantly improved the user experience. It came with the iPhone 3GS and was also the version with which there was an introduction of the iPad.

iOS v.4
The release of this version was in June 2010. From here, the operating system received an official name, and now it would be known as [iOS]. It became the first version of this operating system that stopped supporting more outdated computers.

iOS v.5
It arrived in the month of June, in the year 2011. The launch of it in the market was with the iPhone 4. It had support for the iPhone 3Gs, but not for devices predecessors to that generation.

iOS v.6
Among all the versions of the system, iOS v.6 came to us in 2012. It was proclaimed as the best operating system for smartphones to date. Like its two predecessors, it could no longer support older devices.

iOS v.7
The official release of this to the market in June 2013. From here it stopped supporting the iPhone 3GS, it was only available from the fourth generation of mobile devices.

iOS v.8
The release of this was in 2014 during WWDC. Only gave support for devices that were the iPhone 4S or higher, those that were older has to discontinue for this new version. One of the most relevant things is that it was the first version to have public Betas.

iOS v.9
The company announced it during the WWDC, in June 2015. This time it did not stop supporting older equipment, so it remained for the iPhone 4S and higher.

iOS 10
The announcement of this version was at the Worldwide Developers Conference in June 2016.

iOS v.12
The release of ios 12 was in June 2018, also during the WWDC event. For the public, this version arrived in September of that same year. Apple decided not to discontinue so many of its previous devices, so this version supported iPhones from the fifth generation.

iOS v.13
After a tour of all versions of Apple OS, this has been the most anticipated version to date. The [iOS 13 version] came to us last month with the release of the new iPhone 11 and iPhone Pro.

Also Read: The Internet of Things is the Business of Things

Review What is iOS? – Definition, Uses and All the Versions of iOS. Cancel reply

What is Television? - Definition, Features, Types and More

What is Teradata? – Definition, Origin, Ability, And More

What is Smart House? – Definition, Functions, Benefits, and More

What is Webhooks? – Definition, Functions, Uses, And More