Home > Definitions > What is Ethereum? – Definition, Functions, And More 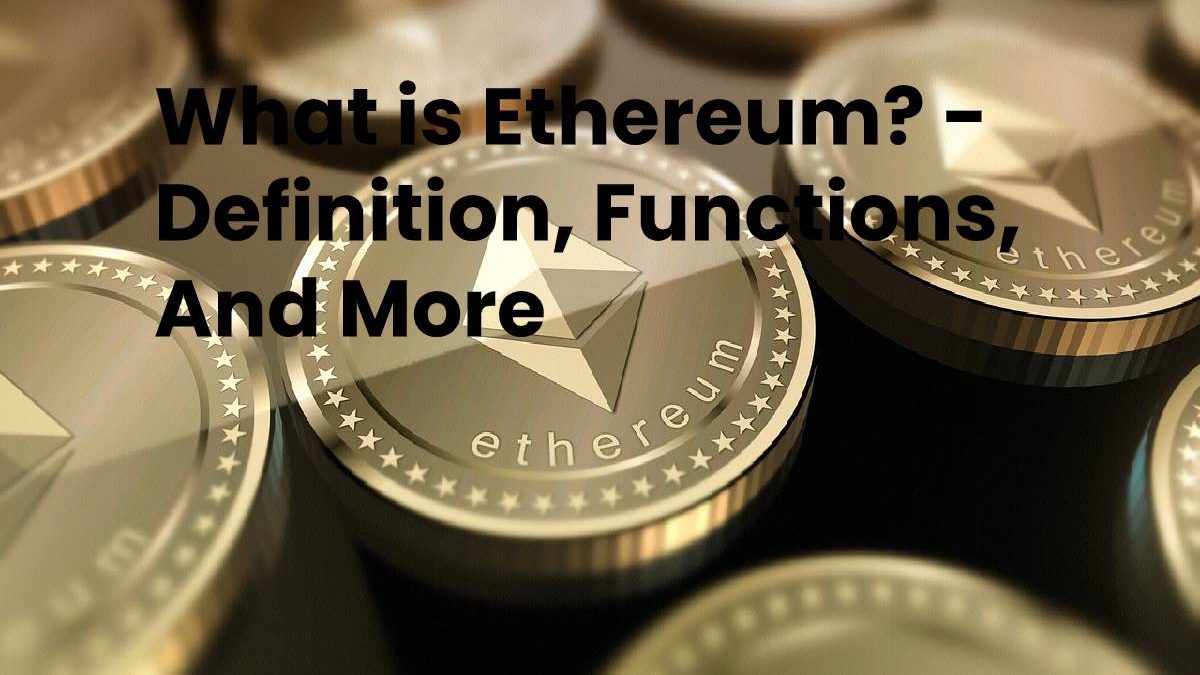 Ethereum is a digital platform that adopts blockchain technology established by bitcoin and expands its use to a wide variety of applications.

It should not be confused with ether (the underlying cryptocurrency of the network), which is usually also called ethereum. This platform was created in 2015 by the Vitalik Buterin programmer, with the perspective of creating an instrument for decentralized and collaborative applications. Ether (ETH) is a token that can help in transactions that use this software. Like bitcoin, ether exists as part of an autonomous peer financial system, free from government intervention. Also, like bitcoin, the ether value has skyrocketed in a short time.

In January 2016, ether was trading around $ 1. In September 2017, this price was more than $ 290 – although its value is volatile, with frequent intraday fluctuations. Therefore, this is not more than one among hundreds of cryptocurrencies; it is also one of the few that have a significant market capitalization, along with its two major rivals,

How does Ether work?

Ether works like other cryptocurrencies; it uses a shared digital book where all transactions get recorded. It is public, completely transparent, and very difficult to modify afterward.

Miners are responsible for verifying ether transaction groups to form “blocks” and encode them by solving complex algorithms. These algorithms can, in turn, be more or less complicated, as a way of maintaining absolute constancy in the processing time of the blocks (about one every 14 seconds).

The new blocks stay linked to the previous blockchain, and the miner in question receives a reward, that is, a fixed number of ether tokens. Usually, there are five ether units, although this figure can reduce if the cryptocurrency continues to rise.

How does Ethereum work?

The Ethereum blockchain is very similar to bitcoin. But its programming language allows developers to create software through which to manage transactions and automate specific results. This software is smart-contract.

If a traditional contract describes the terms of a relationship, a smart contract ensures achieving those terms by writing them in code. They are programs that automatically execute the contract after attaining the predefined conditions, eliminating the delay and the cost that exists when running an agreement manually.

To give a simple example, an Ethereum user could create a smart contract to send a set amount of ether to a friend on a given date. They would write this code in the blockchain, and when the deal completes. At the agreed time, the ether will get sent automatically.

Review What is Ethereum? – Definition, Functions, And More. Cancel reply

What is Litecoin? - Definition, Functions, Properties, And More

What is Virtual? - Definition, Origin, Discoveries, And More