Home > Definitions > What is a Blockchain? – Definition, Functions, Origin, And More 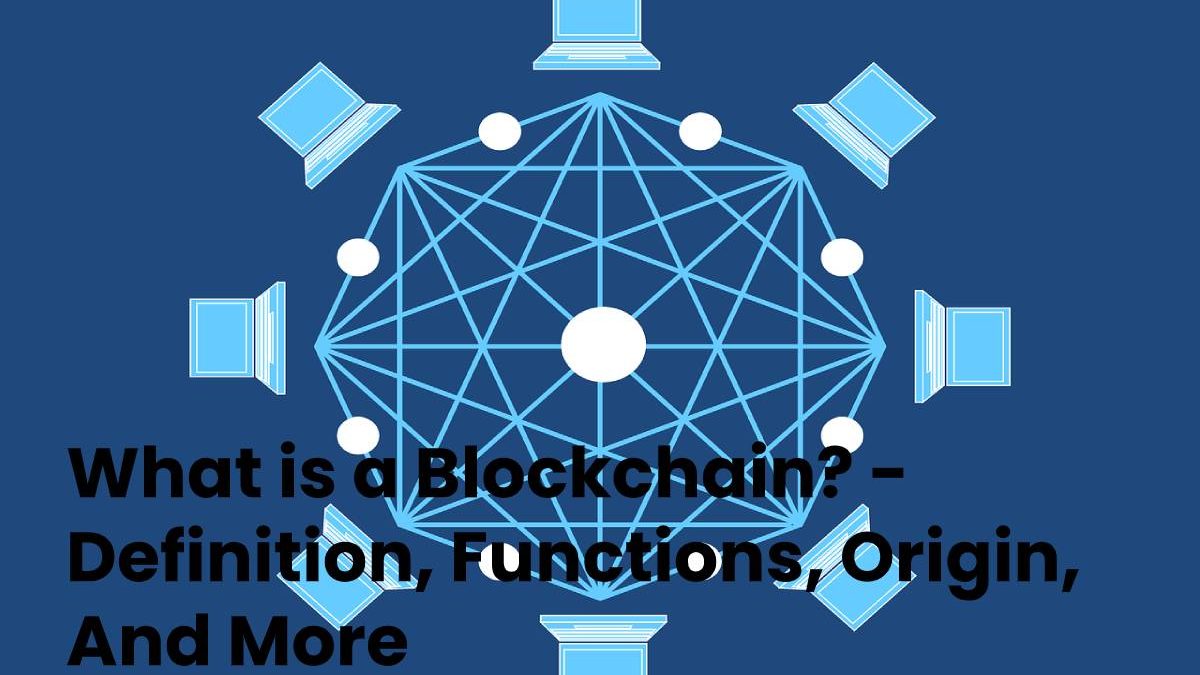 A blockchain is an increasing file of records called blocks; these blocks connects by the use of cryptography. Every block carries a cryptographic hash of the last block, a timestamp, and transaction data. By design, a blockchain cannot undergo a modification of the data. Blockchain is a decentralized database.

It is easy to understand with simple examples. The blockchain is a technology that will make the world safer and that people have personalized products. The origin is the bitcoin currency, which is the first use that has allowed us to think of thousands of applications that will significantly improve the world.

It is the most significant socio-technological advance that humanity will live; the fourth industrial revolution, after the steam engine and mechanization, electricity and mass production, and the automation brought by electronics and information technologies.

It gives transparency to NGOs, elections, administration, and commerce. Goodbye to trade with our data, thanks to the decentralization of blockchain. The traceability of everything, another advantage.

The source of blockchain is the bitcoin cryptocurrency, which is the first example of a blockchain or blockchain, which has allowed us to think about using its protocol for thousands of other things.

Until now, everything was under centralized databases. A blockchain is a distributed database. Well, a database that is not in one place and governed by a single person, but it gets distributed on different computers or nodes that are all equally important.

It is an accounting book that is replicated identically on all the nodes it is on. But each note, each new operation, or new block, also occurs in all of them. No entity has all the information. It gets distributed in copies updated in real-time among all nodes.

Think of a Lego block construction. Each block is a blockchain operation. Whenever a new block adds on, that block carries all the information from all of the above. That we cannot modify or delete.

How do you accept that all the nodes of the chain have a new block? There is the key; blockchain poses a mathematical challenge to the nodes, the first one to solve it sends the solution (unique, because it is mathematical) to others.

If the majority certifies that the result is correct, that block becomes capable of accepting them all. It becomes part of the chain, with all the previous information and the permanent certification of the moment in which that operation took place. Thus, the network works by consensus between the parties. It is inviolable. Once a transaction approves in the master book, we can no longer delete or modify it.

Blockchain replaces trust with mathematical truth. Goodbye to fraud, everything is transparent and auditable by everyone live, and blockchain is full security, everything gets encrypted with asymmetric cryptography.

Review What is a Blockchain? – Definition, Functions, Origin, And More. Cancel reply

What is Tax? - Definition, Types, and More

The Complete Governance Framework of GST Act - How It Works

What is Accessibility? – Definition, Uses, Features and More

What is Common Internet File System? – Definition, Examples, And More

What is an AirDroid? – Definition, Functions and More