Home > Definitions > What is Cryptocurrency? – Definition, Functions, History, And More 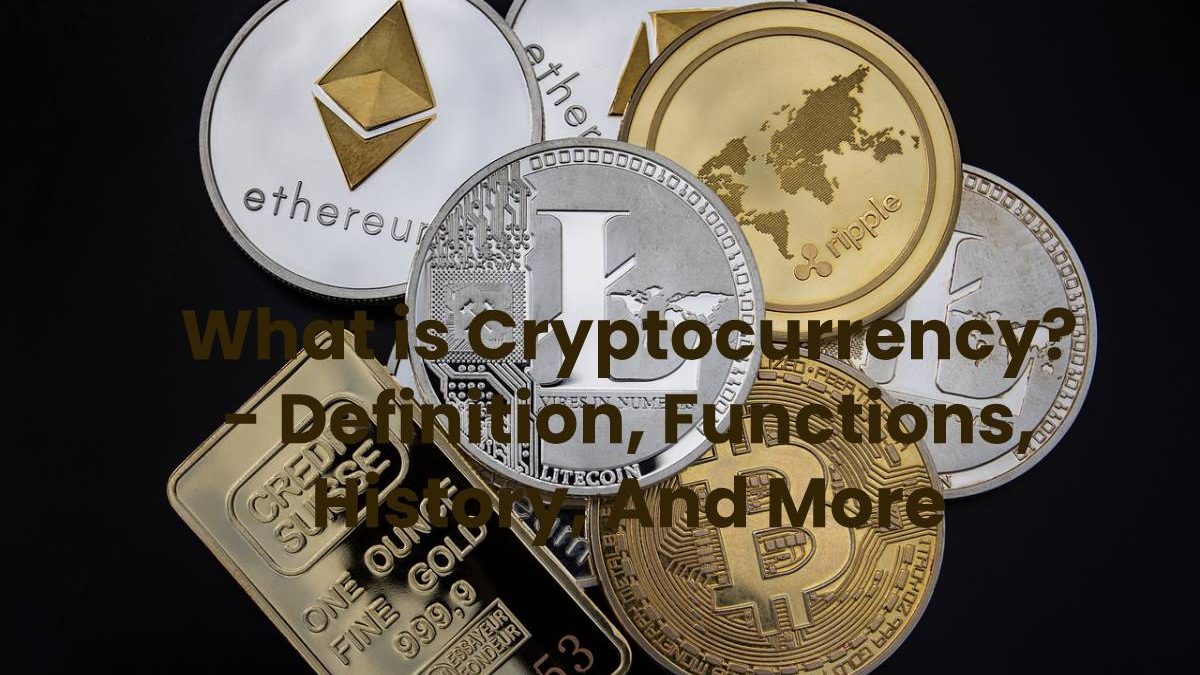 Cryptocurrency is a medium of exchange, digitally designed that uses codes so that only those for whom the information is can process it. The pre-fix “crypt” means “hidden”.

It is a digital currency designed to function as a standard of exchange. It uses cryptography to verify and secure transactions, as well as to control the creation of new units of a particular cryptocurrency. Cryptocurrencies are entries in a database that nobody can change without permission. There are thousands of cryptocurrencies, the most popular is Bitcoin, but here we are going to tell you about what cryptocurrencies are in general and how they work.

In attempts to create a digital currency during the technological boom of the 90s, with systems such as Flooz, Beenz, and DigiCash, which emerged in the market, but eventually failed. Among the reasons for their failures were fraud, financial problems, and even friction between company employees and their bosses.

All these systems worked on trust in intermediaries, which meant that there were companies behind them that verified and facilitated transactions. In early 2009, a group of programmers or an anonymous programmer with the alias of “Satoshi Nakamoto” introduced Bitcoin, worked as a ‘peer-to-peer’ electronic cash system. It was a completely decentralized system. It had no servers involved or central control authority.

One of the issues with any payment network was to solve was “double spending,” a fraudulent technique in which the same amount gets spent twice. The traditional solution was a trusted intermediary. However, this method gave all the control of its funds and all its data to a single authority.

Each transaction consists of the number of coins transferred, a file of the public keys of the sender and the recipient (wallet addresses).

The transaction must also be signed by the sender with his private key and is finally transmitted to the network once the users dedicated to this task confirms it; they are familiar as “miners.”  In the cryptocurrency network, miners are the ones who can confirm transactions by solving a cryptographic riddle. They work on transactions, mark them as legitimate, and disseminate them through the network. Once the deal approves, it becomes irrefutable and irreversible, and a miner receives an economic reward: a BTC amount. One of the exciting things about mining is that the difficulty of riddles is continuously increasing.

What can you do with cryptocurrencies?

Previously, trying to find a merchant that accepts cryptocurrencies was difficult, if not impossible. Today the situation is different. There are currently many merchants that accept Bitcoin as a form of payment. These vendors range from online retailers such as Overstock and Newegg to small local stores, bars, and restaurants. Bitcoins can pay for hotels, flights, jewelry, applications, computer parts, play bitcoin minesweeper, and even a university degree.

Other digital currencies are Litecoin. Ripple, Ethereum, etc. They do not yet widely accept it. However, things have changed:  Apple has authorized at least ten different cryptocurrencies as a viable form of payment on its App Store. There are markets such as Bitify and OpenBazaar, which only accept cryptocurrencies.

Accept as payment (for business)

If you own a company and are looking for new potential customers, accepting cryptocurrencies as a form of payment can be a solution for you. Along with the growing interest, the amount of crypto-ATMs located throughout the world is also growing. Coin ATM Radar currently includes almost 1,800 ATMs in 58 countries.

First of all, you must inform your customers that your company accepts cryptocurrencies.

As cryptocurrencies become increasingly popular, law enforcement agencies, tax authorities, and legal regulators around the world try to understand their essence and how they should fit into existing regulations and legal frameworks.

Authorities around the world are concerned about how attractive cryptocurrencies are to merchants of illegal goods and services.

The most common cryptocurrencies

What is SMS? - Definition, Importance, Types, and More

What is DNIS? – Definition, Applications, and More