Home > Definitions > What is a Programmer? – Definition, Functions, and More 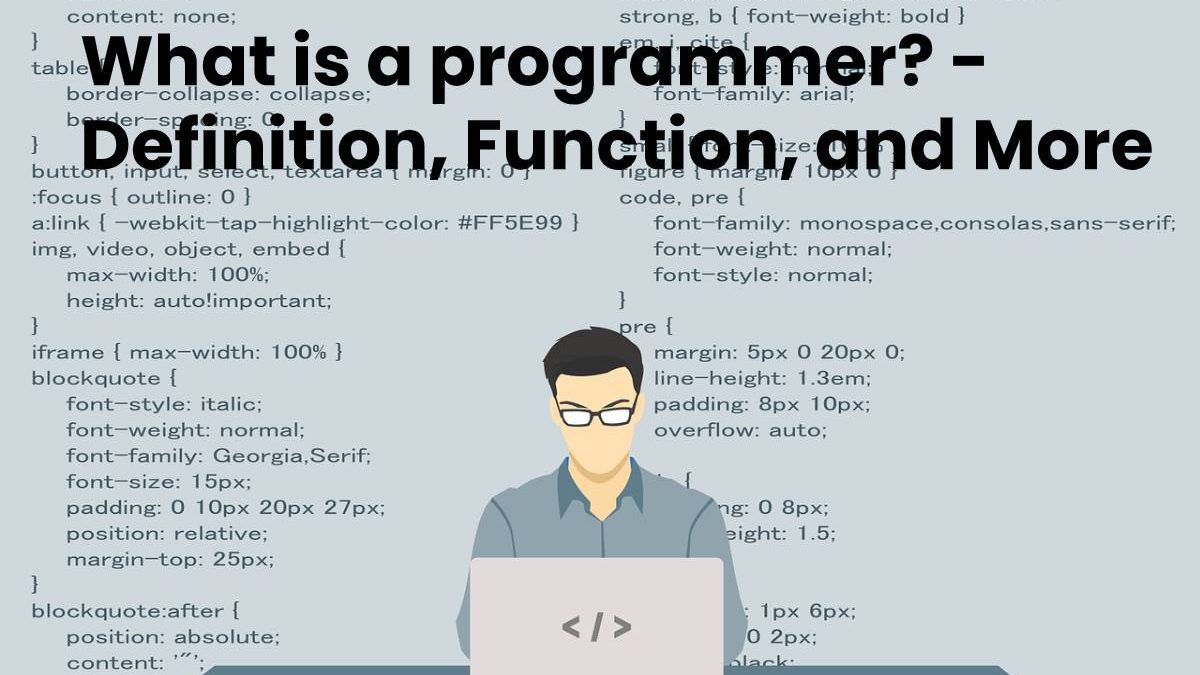 What is a Programmer? – Definition, Functions, and More

When the [programmer] profession arises, the software creation process consists of a set of very specialized tasks. Where the role of each professional category is very segmented.

So in this period, we can meet two large groups of professionals related to the world of software.

We have the analyst, who is in charge of analyzing a problem related to software, to describe it to give a solution through an information system.

There is the [programmer] himself, who is in charge of transferring the analyst’s specifications into executable code for the computer.

Today things have changed and the approach based on strong specialization. And the sharp division between the functions of analyst and programmer is no longer valid for organizing tasks, the tendency is to be more multidisciplinary.

This sharp division between the functions of the analyst and the programmer that took place in the past hindered the communication channel between analysts and programmers because often a document was not enough to describe what they need to do.

An intermediate profession arose that came to be called an analyst-programmer.

This new professional category ends the original conception of the programmer, giving rise to much more versatile and trained professionals and much less given to the performance of mechanical functions.

This evolution also resulted in the birth of the concept of a software designer.

All this to advances in software engineering that puts the focus on the recognition. And also that software analysis and design are differentiate activities.

In a nutshell, this evolution comes to say in broad strokes. That the analysis is in charge of describing the problem and of saying what to do in everything related to software. While the design part is the one in charge of shaping the project or what is the same as how to do it.

Accurately, the analysis describes the problem (i.e., “what” to do). While the design represents the solution (“how” to do it), this is the work of software designers or architects.

Review What is a Programmer? – Definition, Functions, and More. Cancel reply

Technology in the World of Cosmetics

What is a Hardware Computer Engineer? – Definition, Profile, and More

What is Performance Evaluation Software? – Definition, Keys, And More

What is a Secret Key? – Definition, Uses, Importance and More

What is Proxy Firewall? – Definition, Basics, and More