Home > Definitions > What is Gigahertz? – Definition, Principles, Uses, And More 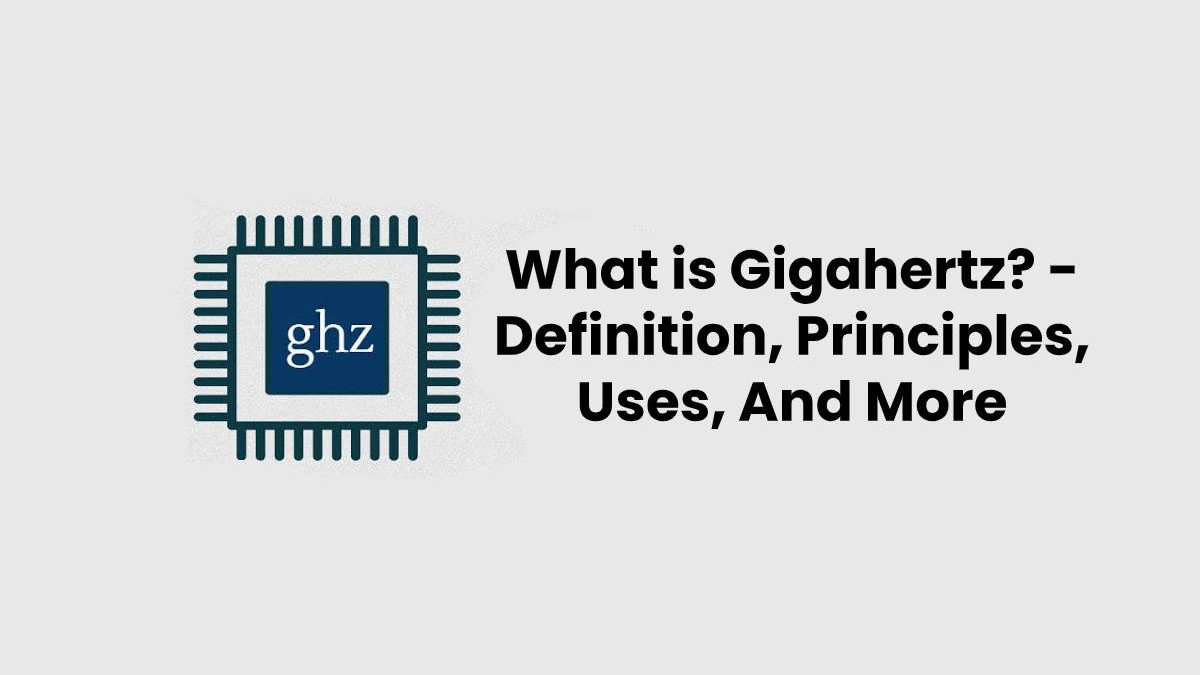 Gigahertz is an abbreviation for Gigaherzio, coming from the union of the suffix Giga, which adds the value of 10 ^ 9 (billion), and the word hertz, which is a measure of frequency created by the physicist H.R Hertz

Thus, a GHz would be one billion Hz. But what is a hertz? As we have seen, it is a unit in principle designed to measure the frequency of radio and electromagnetic waves. The more Hz, the higher the frequency of that wave, the greater its energy, and therefore, its speed. Hertz measures how long it takes for a wave to start its cycle again. So sometimes it also assimilates that term, that of cycles per second.

In computing, its most significant use is to indicate the speed of a processor or core. In this case, the hertz is the number of cycles that it is capable of processing per second. Since each instruction needs a certain amount of cycles, it indirectly measures the number of instructions or operations that the processor is capable of carrying out per second. This number is what is usually familiar as processor speed or clock speed.

Pioneer computers could barely process 2 or 3 operations per second, but with the evolution of computing, speeds have increased exponentially. The first personal computers got measured in kilohertz. The appearance of the x86 (286, 386, and 486) and the Pentiums revolutionized the market by introducing processor speeds of tens and even hundreds of megahertz, and currently, the most common speeds are several Gigahertz, with more than one core working at Together.

Naturally, the more Hertzs you have, the higher the speed of a computer processing the orders. Although many other factors may influence this speed. Having the computer with more Gigahertz in the market does not help much if the rest of the components are much slower. That is why we are currently working more than increasing the Gigahertz of the processor, improving performance as a whole. It is the most used parameter to measure the speed of a computer a priori.

Gigahertz is also used to measure the frequency of other computer components, such as RAM, coprocessor, cache, etc. In the same way, we often talk about Gigahertz very often when we work in ultra frequency or telecommunications. Since at frequencies higher than 1 Gigahertz, examples such as Wi-Fi, Bluetooth, GPS, radio control work, etc. Each device has a specific frequency, which it will use for its work, depending on the Gigahertz waves are emitting.

What is GDPR? - Definition, Process, Rights, And More

What is Developer? - Definition, Necessity, Services And More

What is Teradata? – Definition, Origin, Ability, And More

What are the Removable Storage Devices? – Definition, Types and More

What is ERP? – Definition, Advantages, History, And More

What is a Data Center? – Definition and Uses

What is WINS? – Definition, Uses, Architecture, And More