Home > Definitions > What is Cache? – Definition, Concept, Functions And More 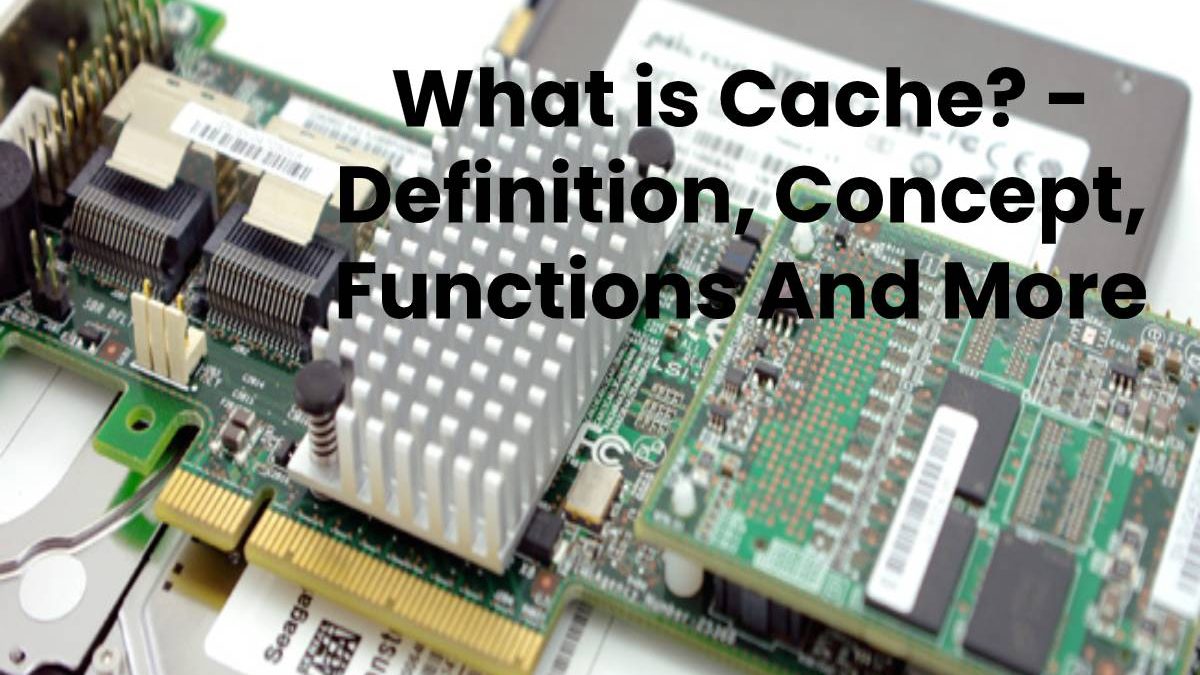 What is Cache? – Definition, Concept, Functions And More

A cache is a software or hardware component that stores data so that future requests for that data can get served faster. The data stored in a cache might be the result of an earlier computation or a copy of data stored elsewhere.

The Concept of Cache

The concept of cache, which comes from the French word cachet, can be used in different ways. Its first meaning mentioned in the dictionary of the Royal Spanish Academy (RAE) refers to the money paid to an artist or individual professionals for making a presentation or work.

In the field of computing, a fast-access temporary memory that stores data that was processed recently is called a cache.

Although the dictionary of the Royal Spanish Academy indicates that the term cache should be written with a tilde. Since it is an acute word ending in a vowel. It is common to find it without a tilde in computer books since they use it as an anglicism; In these cases, it should be written in italics (cache) like any other term of foreign origin.

How does Cache work

This [cache] works like a buffer. When accessing data for the first time, the system makes a copy in the cache. In this way, the following accesses are made to that copy to save time.

[Cache] While in terms of technology, there is not much difference between the cache and the main memory of the system (i.e., RAM). The former has much less capacity and allows considerably faster access. Precisely for this last aspect is that its price is very high. And that is why it does not get used in large quantities; to speak in more specific terms, while current computers usually have a minimum of 16 GB of RAM, their processors do not reach 30 MB of cache memory (note that 1 GB is 1024 MB, so the difference is abysmal ).

Since the cache is smaller than the main one. It goes without saying that it is not possible to store all the data of a current program in it. For this reason, the microprocessor stores only the data it will need to use more frequently, leaving the RAM for the rest.

One of the secrets of the speed of access that the cache memory can hold over the main one is its location: processor manufacturers place it next to them, while RAM must be manually installed on the motherboard, several centimeters of the processor and its performance depends in part on the speed of the components that connect it to it.

Since the microprocessor makes a copy of specific data in the [cache] the first time you access them when you need to reread them, it searches for them there rather than in RAM; If you find them, then you can work much more efficiently.

What is CDMA? - Definition, Differences, Functions And More

What is a Network Administrator? Definition, Skills, Recruitment and More

What is a Database? – Definition, Components, and More