Home > Technology > What are the main features of an RSS Feed Reader? 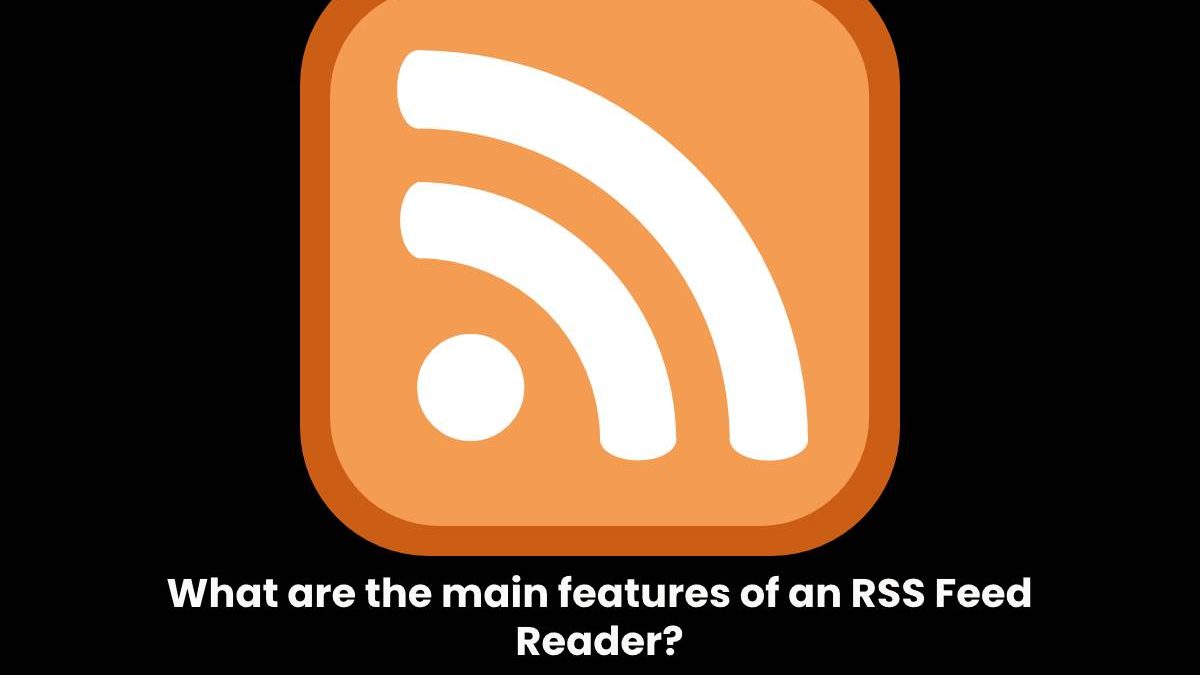 What are the main features of an RSS Feed Reader?

I heartily recommend getting an RSS feed reader, whether it’s for your professional or personal life. We can all stand to be a little bit more organized in our digital spaces and RSS is the best way to streamline what you read.

Feed readers have a wide set of applications. Students and writers can greatly benefit from them. I have seen marketers and journalists also take advantage of the many features available.

I’ll give you five key examples as to why RSS feed readers are great.

What we need to know about RSS?

Let’s get down to basics. We might be in the Renaissance of RSS, but that doesn’t mean everyone is on board or even aware of RSS. I’ve firsthand experienced the confused looks some friends and colleagues give me when I talk about RSS. With that in mind, let’s work through the fundamentals.

RSS is an online protocol that dates back to 1999 – that’s literally the birth of the Internet as the more widely available service aimed at the general public. The abbreviation stands for Real Simple Syndication and was designed as a way to guide users in surfing the Internet. Back then much of the infrastructure surrounding search engines and SEO didn’t exist.

With RSS, you could follow sites simultaneously without leaving the dashboard of your RSS feed reader. The reader is the application, which can read RSS feeds, and displays new posts once they get published on a site. The syndication is almost instantaneous, which means you never really miss out on important news ever again.

RSS had its big break during the blogging golden years when everyone had a blog about something and blogs were community builders. RSS was incredibly popular until social media changed the Internet to the core. But they still have their place as productivity tools.

What are some of its main features?

It’s not a stretch to say that RSS readers are like treasure chests. Everything you find of value can be stored in your dashboard. The modern readers on the market have moved on from just indexing blogs and news sites. Now you can syndicate posts from a variety of sources and platforms.

Most searches on job sites can be turned into RSS feeds – Twitter hashtags, Facebook groups, LinkedIn profiles, newsletters, YouTube. You name it, it can probably be added to your dashboard. That’s quite useful when you’re in charge of market research and need to perform social listening. Given that RSS is not quite as popular, it’s not as easy to discover RSS feeds on the site.

Some RSS readers like Inoreader make it easy to add subscriptions through Chrome extensions.

Content discovery is quite the selling point for RSS feed readers. It’s not just the ability to add your sources to your dashboard, but to experience what the rest of the user community has decided is valuable.

Inoreader displays popular feeds determined by the sheer amount of subscribers on the application. Feedly follows a similar protocol. The Old Reader, for instance, has a looser and more flexible approach where it’s trending articles that receive the attention. As a result, you can more accurately tell what excites the TOR’s readership.

The volume of subscribers as a metric for popularity is a solid way to showcase feeds of value. There’s a level of security that what you’re about to read is reputable and trustworthy.

Recommends topics based on your interests

I’ve been talking a lot about how RSS feed readers often have a designated area, where users are able to look through topics and search for keywords. This is not the case anymore as RSS readers are moving towards predictive behaviours thanks to the introduction of AI more liberally.

Feedly is perhaps the best possible example given its heavily lauded AI assistant, Leo. Leo is there to help you curate your overall content experience. You set up Leo with the topics and keywords you want to receive, then based on positive (articles you like and save) and negative (articles you wish to see less of) feedback you train Leo as to the precise content you want to see.

Inoreader has a similar feature now added to its discovery tool, which recommends topics overall. You no longer search by keywords, but by topics, and through the use of the search you can see a number of related topics. This is a handy way to keep researching a topic in depth.

Displays everything in one place

The great strength of RSS readers is the immediate convenience of having everything in one place. It’s the power of automation at its best. Eliminate the manual labor of having to visit sites manually and receive new posts as soon as they’re published. You can keep one eye on your dashboard for any new updates, while doing your job. It saves an incredible amount of time.

If you have more than one interest or are working with a high volume of information, I suggest you look into display settings and move from a single column view to multiple columns. The number greatly varies from reader to reader. Usually, it’s somewhere in the ballpark of three columns, but can go up as many as ten columns at a time.

In the past, RSS users would be more or less confined to their own account and share what they read manually, a post at a time. Social media and the connectivity between applications have come to change how RSS feed readers approach sharing what you read. Sure, it’s as simple as having social media buttons in the reader to disseminate an article you love.

However, there’s a lot more to the social aspect. Inoreader gives users the opportunity to browse hand-picked collections with curated feeds inside. Users can share their own subscriptions to other users and even create custom newsletters, which are ideal for a company setting.

Review What are the main features of an RSS Feed Reader?. Cancel reply

Hot Social Media Marketing Trends For 2022 Every Marketer Should Know