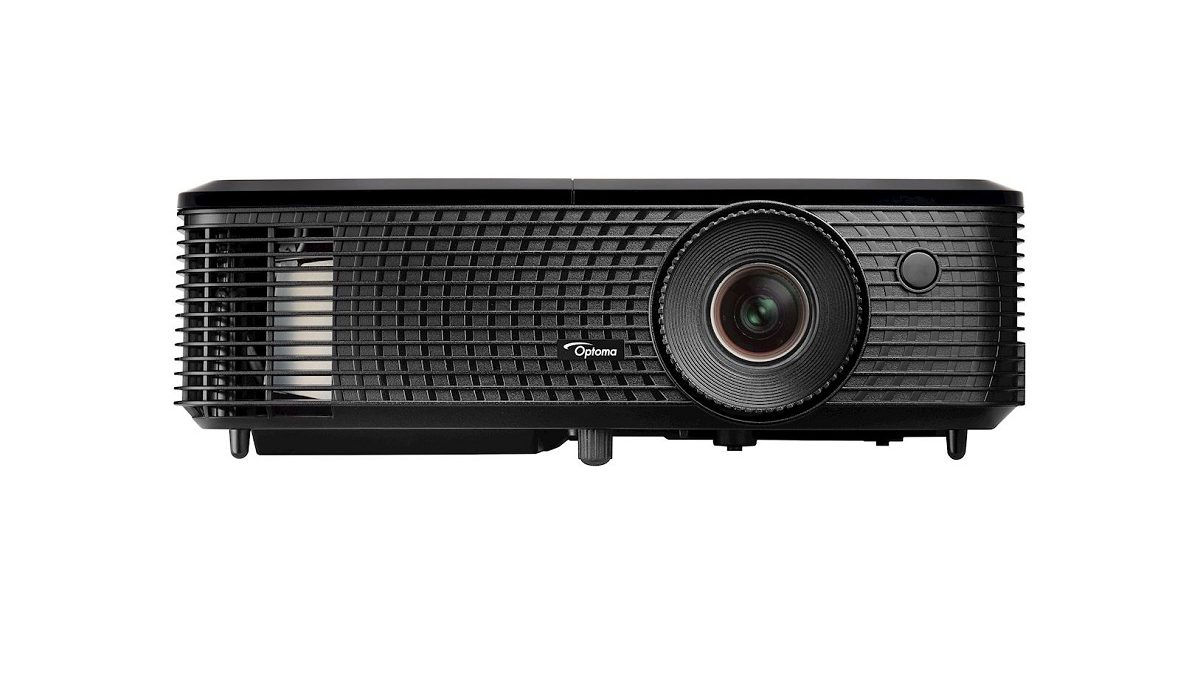 Cost Efficiency At its Best

Optoma HD142X – Acquiring a better viewing experience is to die for. Especially if you are a movie junkie, and Netflix binging is also your definition of relaxing and me-time. This is the main reason why better and bigger displays are populating the market right now.

However though flat-screen TV is made more affordable, nothing will beat a projector that can cover your entire wall with a Game of Thrones episode. That is why when I saw the Optoma HD142X, with its 3,000 ANSI Lumens and cost-efficient price, I immediately took the plunge.

When I first saw the back panel, I thought that it was pretty bare. I was mistaken, as there are HDMI inputs. You will also find a 3.5mm audio output plus a 12V trigger if you want to add it to your custom home theater control systems. A USB slot is also included though, it is only for firmware updates.

The included remote control is a bit disappointing. It is rather tiny and cheap-looking, not to mention how the buttons are all over the place. Good thing that the bad design is only skin deep as it is responsive and easy to use. They also added blue backlights on this remote so it quite useful whenever you are inside a dark lit room or at night.

The HD142X is powered by 3,000 ANSI Lumens. Remember, it is incredibly beneficial to own a projector that can be utilized at any time of day. Not everybody has their very own home theatre system, so it is nice to enjoy a movie on your projector even in the middle of the day. You will be impressed that even though HD142X brightness is sufficient for any lighting condition, it operates rather quietly.

During further testing, I used it during the daytime in Bright mode. Surprisingly the HD142X is still able is deliver bright images that are watchable, though it may look slightly overcooked.

As a standard in new projectors, the HD142X also allows multiple Eco lamp modes. The Normal Eco mode will reduce brightness in all preset modes by 20%, not that much but I suggest you only do this if you are in a dimly lit room. I watched an animated film using the Normal Eco mode, the colorful city of San Fransokyo from Big Hero Six was produced beautifully.

If you plug this projector straight from the box, you will be treated to the Cinema picture preset. It is very well tweaked with colors being well balanced. This will use less than half of the lumens that this projector is capable of. However, you will notice that it offers contrasty images in a blackout, though this is to be expected from a DLP projector.

To test it better, I hooked it up with my Blu-ray player and watched Avengers: Endgame. As expected, I noticed a remarkable amount of shadow detail in dark areas of the display, despite the blackness, it remained clean and sharp, especially around the image. Color is accurate as well; the saturation is balanced and natural-looking. However, if you look closely, you will see rainbows from the color wheel, though this will depend on how sensitive your eyes are to colors, if you are not, you will unlikely notice it.

3D is the trend nowadays, and users are grabbing anything that will give them better immersion. Luckily the HD142X is 3D supported. Sadly, there isn’t a pair of IR-based 3D shutter glasses inside the box. So, if you want that 3D experience, you will have to invest and buy them separately.

If you are thinking of using the HD142X for gaming, you may do so, but not for all games. The input lag meter is around 33ms, which is the standard for inexpensive DLP projectors in the market. Though this input lag may not matter that much to offline games and RPG campaigns, online game is a different story.

Remember if you are playing competitive and fast-paced games, you don’t want to see input lag that high. Because after all, a split-second delay will spell out death and disaster in online matches. But then again, the 33ms is considerably lower compared to other projectors on the same price spectrum.

This projector is also included a built-in speaker. Don’t be excited though as the audio quality of its internal 10-watt speaker is not that much. Sure, it was unquestionably loud enough for a small to medium-sized room, but to be heard, the volume must be upped. However, if you did max out the volume, the sound will become shattered and inaudible, especially voice lines. Audio quality is muddy and not that all suitable for cinema action. So, if you want more reliable audio, I advise you don’t rely on this one and invest in a better sound system.

Should you buy Optoma HD142X Projector?

Before projectors are only limited to the affluent and those with extra cash to spend. But now it is easy to get one, because there are a ton of projectors that are under $200. That is why more and more people are investing in their very own entertainment system.

So, if you want versatility plus plenty of core technical quality, then the HD142X is a very cost-efficient projector. Aside from its satisfying 8,000-hour lamp life, and a Full HD resolution, this projector will function no matter the lighting condition is.

However, the HD142X limited when it comes to placement options due to its ultra-short zoom plus its fixed vertical offset. But if you can set it up to a room that it can fully demonstrate its abilities, then I say that is is a pretty good deal.

What is Big Data? - Definition, History, Values and More