Home > How To > How to Fix Screen Tearing: 4 Helpful Tips 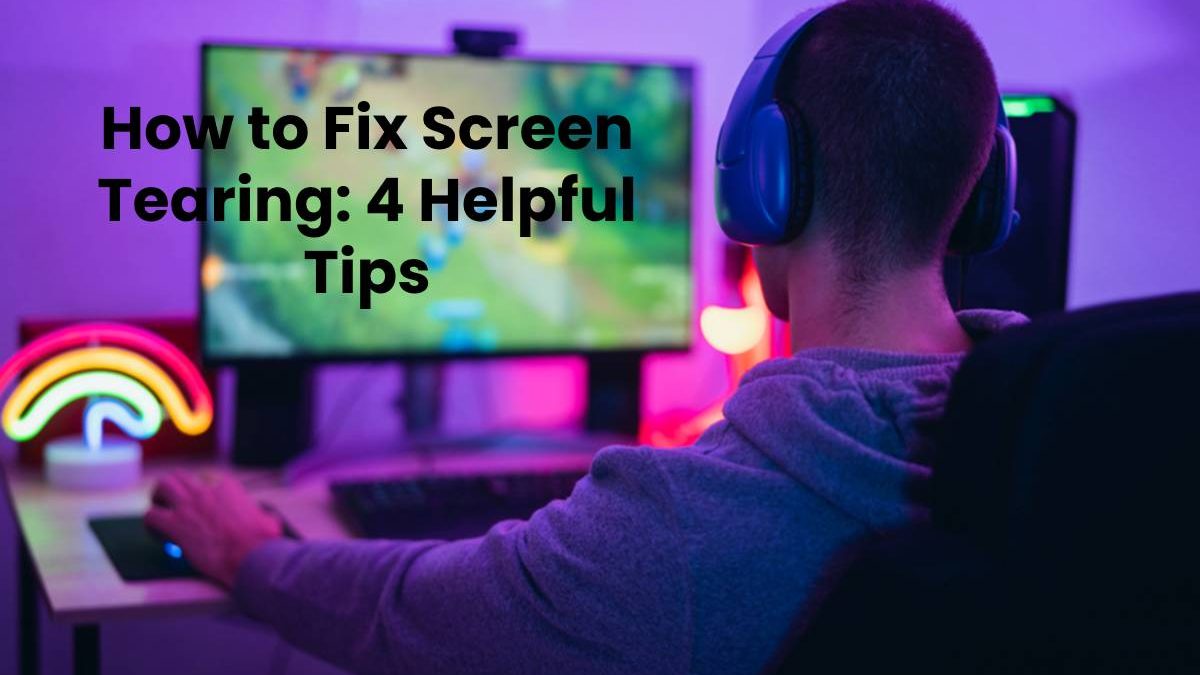 Screen tearing can be one of the most frustrating issues that PC gamers deal with, especially when running graphically intensive games on higher settings. You’ve probably seen screen tears before — they look like the game world has been cut apart horizontally and then glued back together by a not-particularly-artistic kindergartner.

The disjointed, cut-off effect that screen tearing produces isn’t just ugly. It can ruin your immersion in that beautiful RPG world, or even cost you the match in your favorite competitive FPS. Gamers have been dealing with screen tearing for a long time, and, unfortunately, there’s no single perfect solution. However, there are multiple solutions that can work for you, so let’s talk about how the most important ones work.

If you want to fix screen tearing issues, it’s good to have some basic knowledge of the issues that create the phenomenon. Basically, when screen tearing happens, it’s because your graphics card is sending frames to your display at a speed that’s too fast for the monitor’s refresh rate.

Since the refresh rate is the number of times per second that the monitor can display a new image, too many images coming too quickly can cause it to get “confused.” Screen tearing is the result of this confusion, when your monitor tries to split the difference and give you two images at once. (It’s worth noting that tearing is the inverse problem of screen stuttering, which happens when your GPU is lagging behind your refresh rate.)

Thus, if you’ve got screen tearing issues, your GPU and monitor are the parts of your PC that you should be looking at. Fortunately, there are several methods that gamers and hardware designers have devised to get monitors and GPUs in sync.

2. Turn on VSync in your graphics card settings.

VSync (short for vertical sync) is the original and simplest way to fix screen tearing. This technology limits your GPU so that it only outputs frames as fast as your monitor can display them. It’s not perfect, but it can be a workable solution if your graphics performance needs are relatively modest.

Most games give you the option to enable or disable VSync in their graphics settings. When it’s enabled, you should notice little or no screen tearing. However, the problem with VSync is that it only addresses the symptom — screen tearing — and not the core problem, which is that the settings and specs on your monitor and GPU are mismatched.

Because of this, enabling VSync can have a negative effect on your frame rate and input speed. Since you’re basically hobbling your GPU to let your monitor catch up, it makes sense that it can give you laggy and/or choppy performance. For this reason, competitive shooter players often turn off VSync and look for other methods to fix screen tearing — like the ones we’ll talk about next. 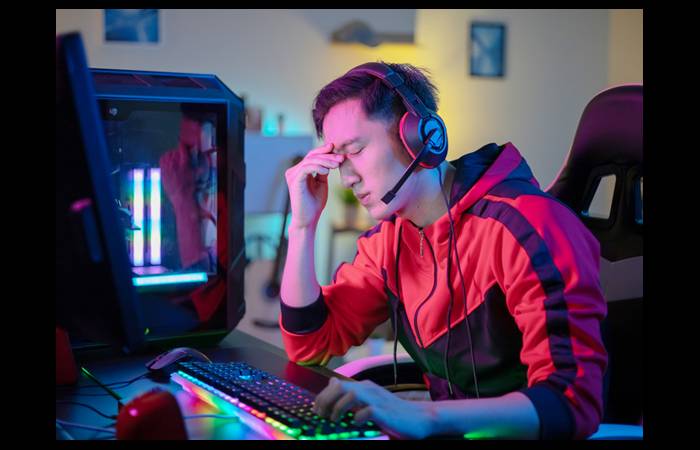 3. Check your monitor’s refresh rate and decide whether it’s adequate.

Screen tearing can also be the result of using a monitor with a refresh rate that can’t handle your GPU’s frame output. Thus, if tearing is a problem for you, one of the first things you should do is go into your display settings and check the refresh rate of your monitor.

Just about all modern monitors have at least a 60 Hz refresh rate. 60 Hz will allow your GPU to give you a smooth, tear-free 60 frames per second, which is the baseline for good performance in genres like RPGs, MMOs, strategy games and others that don’t require super-fast frames. But it’s possible that your refresh rate has been adjusted in your settings, so it’s worth checking to see if it’s been set to lower than 60 Hz.

If your monitor is running at 60 Hz but you’re still experiencing tearing, it’s time to look at whether your GPU is putting out too many frames for the refresh rate. Many gamers who play in genres like competitive shooters and fighting games specifically choose a GPU that offers ultra-fast frames. A standard 60 Hz monitor can’t keep up with these frame rates, and screen tearing can result.

Instead, if you’ve got a mid- to high-end GPU and are looking to take advantage of its best frame rates while avoiding screen tearing, you’ll probably need a 144 Hz or even a 240 Hz refresh rate monitor. While these are a step up in price from 60 Hz monitors, they’re often a key piece of a competitive gamer’s setup.

The good news is that pretty much all of today’s gaming monitors and graphics cards come with built-in support for VRR technologies. The potentially tricky part is figuring out which type of VRR technologies your monitor and GPU support, since each standard has multiple performance levels, some of which are mutually exclusive.

First, look up the model of monitor you’re using on the manufacturer’s website and find out which VRR standards it supports. Then, if you don’t already know, find out what brand of graphics card you’re using and which VRR standards it supports. If your monitor and GPU aren’t using compatible VRR tech, correcting that problem with a new monitor (or maybe even a new GPU) could solve your screen tearing.

Here’s the (extremely) short version: Monitors compatible with the lowest levels of VRR standards, G-Sync Compatible and basic FreeSync, will often work with either brand of GPU. Higher levels, like G-Sync Ultimate and FreeSync Premium Pro, use proprietary hardware in the monitor and require exclusive compatibility. There’s a lot more to know, so check out some guides to G-Sync vs. FreeSync for a full breakdown of how the two work. 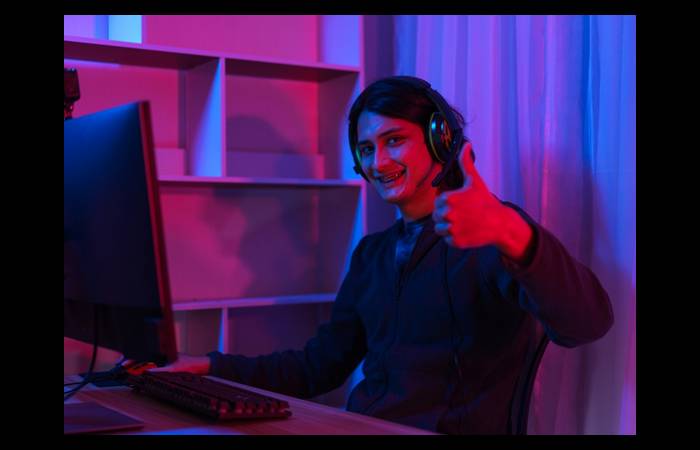 If you know you have a compatible monitor, go to your GPU’s software interface (GeForce Experience or AMD Adrenalin) and turn on G-Sync or FreeSync. You might have to tweak the settings some, even between individual games. However, the result should be a smooth gaming experience that lets you truly get lost in your favorite games!

How to Step Up Your Writing Game: 7 Smart Ways

Shazam Khan, 4 months ago
How To

How to Handle Impermanent Loss in Crypto Trading

How Does An Air Track Work? 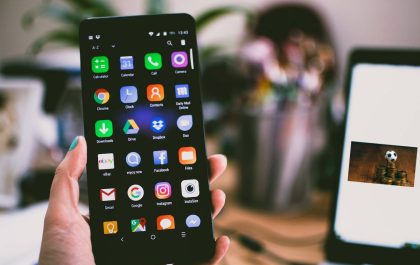 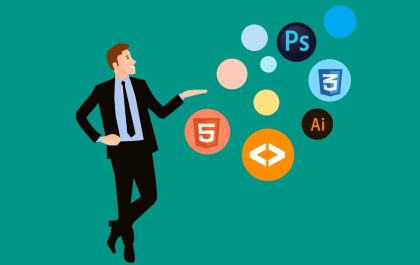