Home > Technology > How Has Technology Improved the Soccer Experience for Fans? 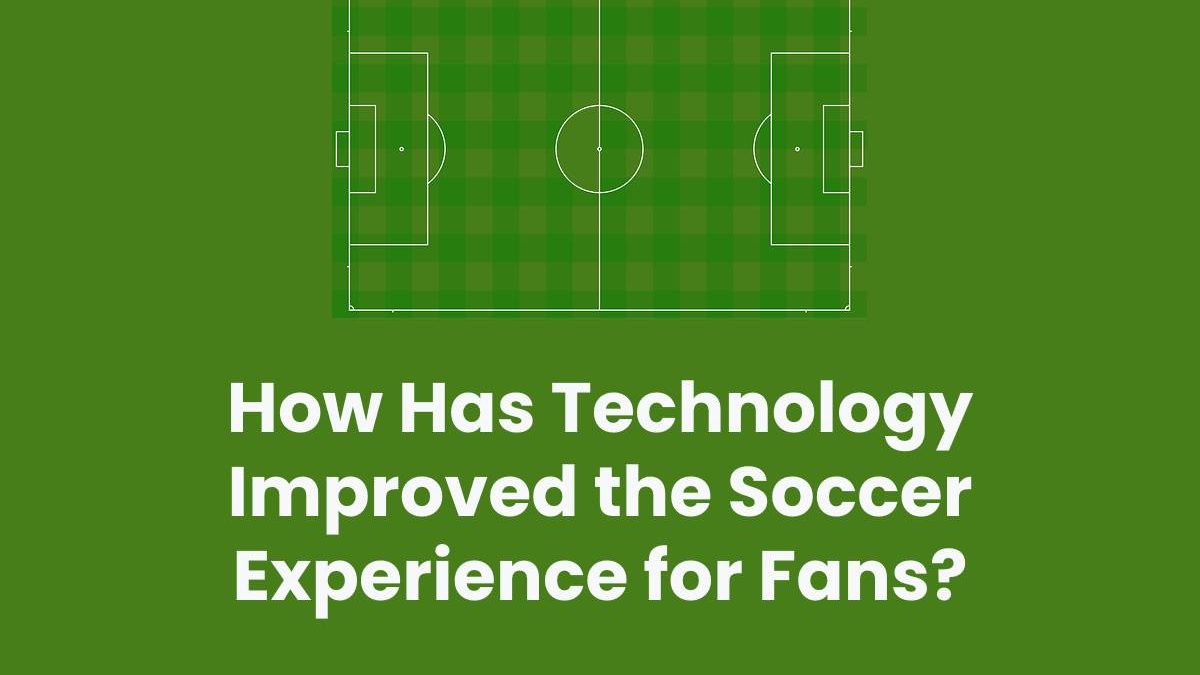 How Has Technology Improved the Soccer Experience for Fans?

Technological innovation has totally revolutionized the world of professional soccer over the last 20 years. Situations, actions, or remedies that in the past could take a long time (very often longer than they should) are now solved either with a simple click or with the help of technology. Watching soccer matches today is not at all like watching them years ago. More specifically, it can be said that technological developments have succeeded in providing more benefits not only to players and clubs but also to fans and sports enthusiasts.

In many cases, going to an away game means a real trip, which in most cases turns into a small holiday. In addition to buying tickets, you need to book transport such as bus, boat, plane or train and stay in a hotel. Technology has made it possible to do all these things in just a few minutes, without having to go to the station for tickets.

One of the most effective revolutions of technology has been the possibility to buy tickets for a match with technological support such as a PC, smartphone, or tablet. In this way, it is possible to avoid spending several hours in traffic to get to the box office, without having to queue to buy a ticket.

Today it is possible to follow statistics and matches live on sports streaming sites while in the past radio, newspapers, and television were the only channels to give this information.

Every soccer player has become a brand

Imagine the millions of followers who follow Cristiano Ronaldo, Messi and so many other soccer players on social media. Thanks to the media channels of Instagram, Facebook, and so on, every athlete has become a brand representing himself.

Every team has become a brand

Every team is more exposed to the public thanks to social networks, which means communicating directly with the fans and offering news in advance. Technology has helped soccer clubs to become real businesses and in recent years sportsmen have also become brands.

The introduction of VAR, new training techniques, real-time football stores, the many digital tools for scouting soccer players in every corner of the world, the various possibilities that exist to allow fans to watch soccer online for free thanks to sports streaming sites, the modern stadiums, and the many other services they can offer. Technology has now arrived in the world of soccer and its presence is no longer an element of the future, but already of the present. Soccer clubs, fans, but also the third component of the sport, the referees, are becoming accustomed to the fact that technological innovations are an indispensable factor: the direction has been set and there is no turning back. Technology supports new training techniques and provides insights from match analysis; it allows fans to have a more inclusive and complete experience at the stadium; it allows players to monitor their performance and improve it, and it helps referees to limit errors in judgment and to see game situations more clearly that would otherwise be difficult to interpret. It is a process that has started recently but is traveling at great speed, transforming soccer, as a sport and as a socio-economic product, into something new and different from what it has been for decades.

Facilities are a great innovation of modern soccer because they have gone from being simple sports arenas to being little worlds in which everything can be controlled and digitized through the use of the Internet and general technologies (sensors, automation, control). The quality of the playing field, the quality of the turf, but also the emergency exits, and all the infrastructure such as restaurants, shops, and bars are fundamental aspects of a modern stadium. Aspects that aim to improve the functionality of the stadium to attract more and more fans and welcome them in the best possible way, as if they were guests and the club was the host. Technology today allows fans to have all the information they need to enjoy the game to the fullest. Thanks to always-on connectivity, fans may already be able to book sandwiches and drinks via an app, or at any time use fan tokens, the new digital currency that many clubs are adopting to further expand services. But not only what happens inside the stadium, but also outside: knowing when there is less traffic, improving the entrance through a quick ticket reading. If the fan also becomes a spectator, soccer clubs can start to collect a large amount of data that allows them to know more and better their supporters: by doing so, it is possible to make better and more targeted offers; to know, and therefore monetize, to the maximum their fans, who become also the audience, spectators, visitors.

In conclusion, it is good to keep in mind the limit between technological innovation and the sporting experience, because otherwise, sports risks moving away from what today thrills millions of people around the world. However, if we do not lose the sense of this boundary, technology can be an important ally for fans, teams, and clubs.

Review How Has Technology Improved the Soccer Experience for Fans?. Cancel reply

Guide to Migrate Windows 11 to a new SSD

Here’s Why It’s Necessary to Clean Your PC

Four benefits of a server demo