Home > Definitions > What is TLS Certificate? – Definition, Uses and More 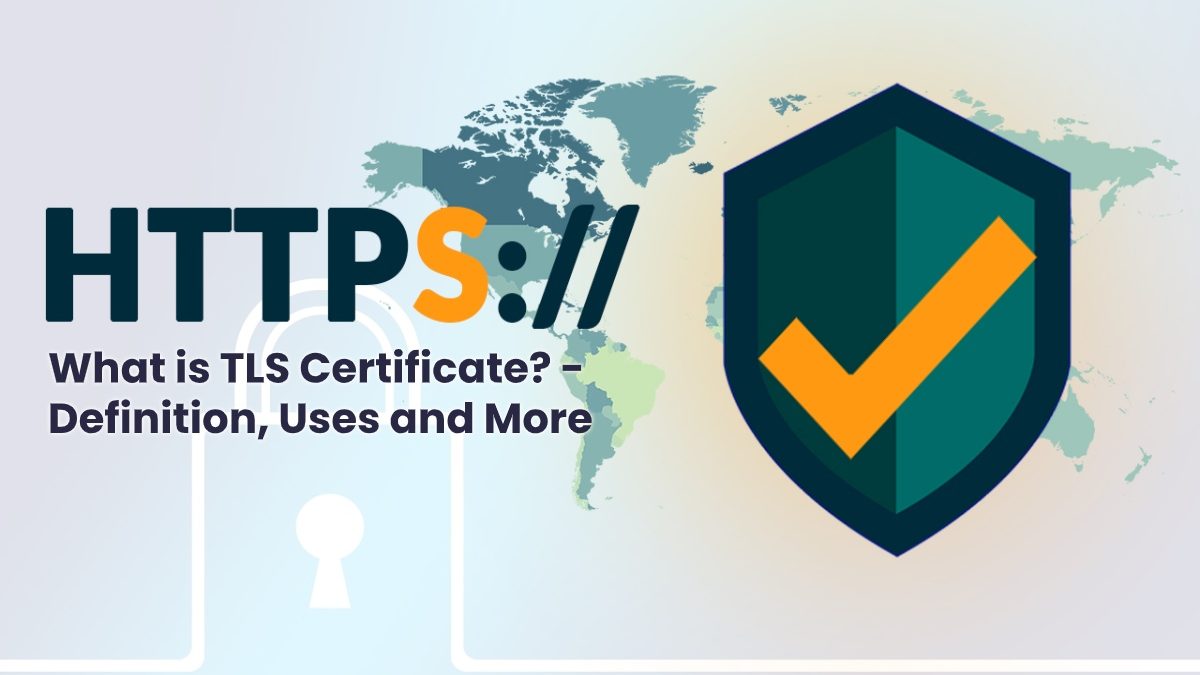 What is TLS Certificate? – Definition, Uses and More

The TLS Certificate (Transport Layer Security) is a data encryption protocol to provide security in unsafe environments. We call ‘unsafe environments’ those in which the sender and the receiver exchange information (of a different nature) but that represents a vulnerability for them. Therefore, the Internet community has developed security mechanisms in protocols based on data encryption.

It is an SSL (Secure Sockets Layer) version 3.1. And the introduction of it was when the same Internet users realized the need for a more stable and secure protocol. Through standardization of the process, the TLS protocol was devised in which the two parties involved communicate and negotiate the keys they will use to encrypt and decrypt the message.

The objectives of the TLS Certificate are cryptographic security. Thanks to the negotiation between users’ servers, interoperability between applications (from HTTP to SMTP, among others), extensibility and efficiency.

SSL is a security protocol based on a standard certificate that many web pages use to protect the information exchanged between users and the web.

It uses secure encryption: it gives the webserver some keys: one public and one private. Through this ‘set of keys,’ the web page can send its public key to the user’s browser to inform him that on that site he can entrust his information send. And receive the message and keep a private key so that it can be encrypted and decrypted.

Through different phases, it provides the public key and packs the message in the so-called MAC (message authentication code).

The objectives of the SSL Certificate are privacy, in the connection by encryption; Identity authentication, through certificates and reliability, the link guarantees securely through the integrity of the message.

How do they differ?

Although one protocol is the improved version of the other. The main difference (thanks to the improvement of processes within the internal protocols of each certificate) allows the operation of applications between two entities clients/servers. So that they do not intervene by illegal listening, fakes of users or messages.

That is, although the SSL Certificate through its ‘set of keys’ creates a private connection. Security can be compromised if an intruder intervenes at the time the web server sends the public key.

The intruder can falsify this key. Even if the Client has not realized that he is the victim of a fake. On the contrary, with the TLS Certificate, it resolves this issue.

You can find how to certify your web domains with the SSL Certificate, hiring it from your SW Panel control panel. And you can send your messages calmly, with the TLS certificate for email.

Also You can find more helpful resources at imtechies

What is an ACI? - Definition, Differences, and More

What is XSS (Cross-site Scripting)? - Definition, Types and More

What is PKCS? – Definition, Specifications, and More

What is Vapor IO? – Definition, Initiatives, Types, and More