Home > Definitions > What is Television? – Definition, Features, Types and More 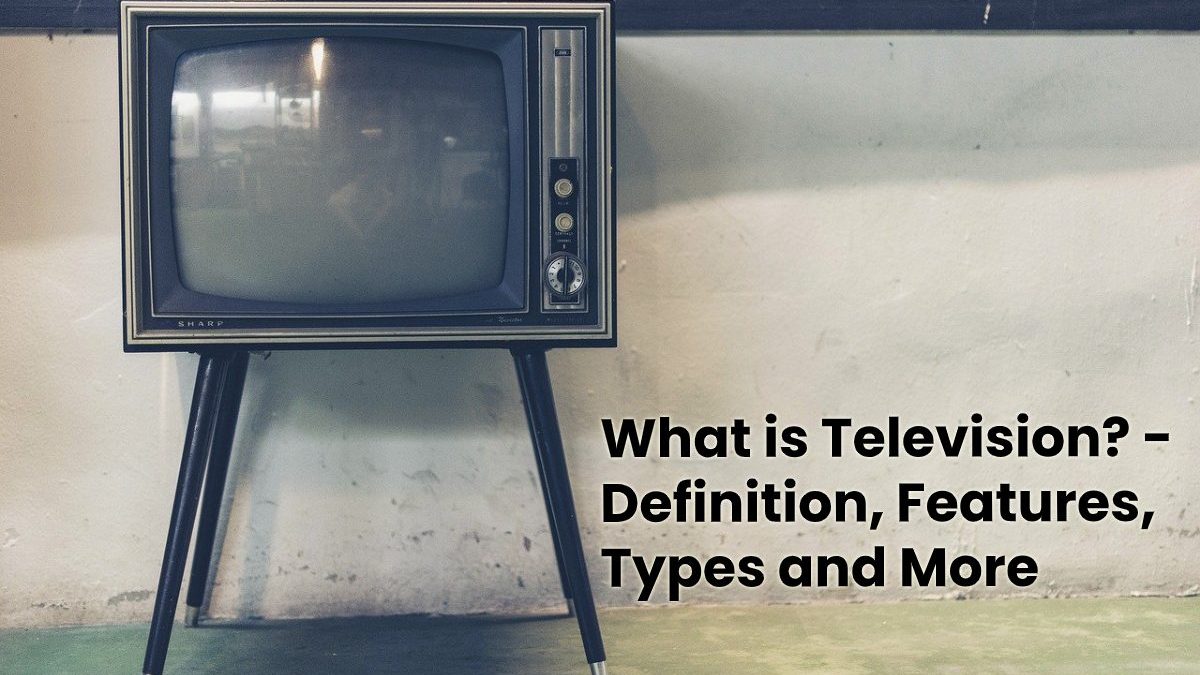 Television is an electrical device that transmits a remote signal with image and sound. The word television is a conjugation of the Greek word tele that refers to something that is far away and the Latin word visio that means sight.

It has evolved since its inception as a mechanical device in 1800 to an electronic device since the early 1900s. The first electronic televisions marketed were in black and white until 1940. The Mexican engineer Guillermo González Camarena the first system for the transmission of color images.

From the traditional electronic device, television has undergone significant technological variations such as plasma television that has improved image quality.

Also Read: What is iOS? – Definition, Uses and All the Versions of iOS

What are the features of a television?

Television has not only changed in its physical form but also in the way we watch TV. The first cable televisions have allowed us to access large selection of TV channels that are not restricted only to national TV.

Thanks to technological advancement, TV has also become digital where the viewer can interact with applications through TV by customizing tastes and choosing. For example, programs, movies, and series on demand, such as Smart TV.

Internet TV, also called TV online allows us to do without a television set using only a computer or a cell phone to see what offers in a specific television programming. For example, Youtube channels.

Broadly speaking, we can talk about four types of TV:

Mechanics: It was the first television model, which used a series of photographs in facsimile transmission from an invention called the “Nipkow Disc.” Which allowed one image to be scanned one line at a time.

Electronics: From the cathode rays and the iconoscope, there was a development of electronic television, that worked. And became massive for 50 years, since its launch in 1937.

Digital: The advent of computerized technologies allowed the development of digital television. Capable of processing better quality audio and video signals, which made the analog television model obsolete. The implementation of this new technology began in the 90s.

SmartTV: It is the contemporary TV model, which takes advantage of 2.0 technologies and the Internet push for a much more advanced connection model.

There are several genres of TV programs. Some of them are:

The entertainment [television]: its purpose is to entertain the audience. And among them are programs about celebrities, fashion, soap operas, and series.

The educational [television]: its purpose is to teach and among them are documentary and children ‘s education programs.

The informative [television]: It aims to inform about events as they are newsreels.

The live [television]: Despite not being formally considered as a TV genre. It brings features that make it unique as it is a direct transmission of what happens when allowing a more realistic view without issues that may come to be applied censorship.

Also Read: Everything You Need to Know About Successfully Migrating to Office 365

What is a Printer? - Definition, Features, Types and More

What is iOS? - Definition, Uses and All the Versions of iOS

What is WordPress? – Definition, Functions, And More