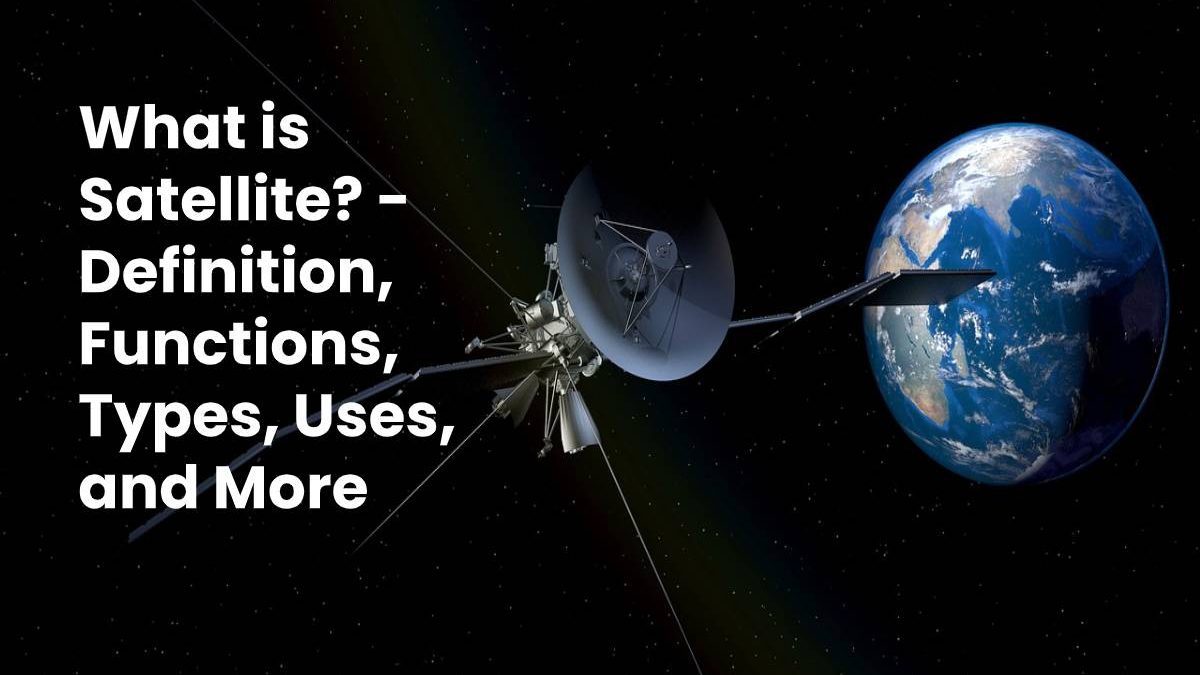 What is an artificial satellite?

In astronomy, satellites are the objects that orbit the planets. These can be natural satellites, composed of rocks, minerals, and other elements, such as our Moon, or they can be artificial satellites, that is, man-built machines that orbit planet Earth.

Artificial satellites are an essential part of our lives, allowing us several daily and scientific work. For example, they perform various telecommunications functions. On the other hand, fragments of them that constitute the so-called “space junk.”

The first to be put into orbit was Sputnik 1, thrown into the atmosphere by the extinct Soviet Union in 1957. Thus the so-called “Space Race,” an extension of the Cold War (1947-1991) between the United States and the USSR in the astronomical scientific field.

The first satellite was followed by Sputnik 2 and 3. In the second, the first living being to orbit the planet was a Russian street dog named Laika. Since then, numerous countries have orbited hundreds of artificial satellites.

Artificial satellites have a certain lifespan, after which their functions cease. In some cases, they remain in orbit, gradually deteriorating until becoming space junk, part of the metal fragments that surround our planet. In other instances, they succumb to gravity and disintegrate in the friction against the atmosphere.

Artificial satellites are of two types:

Observation satellites, for astronomical or geolocation work and

However, according to its specific function, several subtypes can be distinguished:

We use them for constant observation of the weather, atmospheric conditions. And other essential details of non-military mapping.

Necessary for geolocation and GPS.

Also called spy satellites, they are useful for military or intelligence purposes.

Serve as orbiting telescopes to observe regions of outer space without the intrusion of the atmosphere.

What are the uses of artificial satellites?

Before we talked about the specific functions of satellites, that is the task to which they can devote their resources.

However, the essential role of satellites can be explained by the interest of human beings to have a better view of our planet and outer space, than from the ground.

It gives us not only a more global perspective of the planet, which is crucial in a world of globalized economy and interests. But also to overcome the distortions of the Earth’s atmosphere and take a lookout.

On the other hand, satellites have been like artifacts of war since its inception. Since they could be capable of with extra atmospheric weapons that allow attacking rivals from unattainable positions on the border with space.

Likewise, thinking of less destructive purposes, the design and construction of solar energy collector satellites have been proposed. Which could serve as large solar panels in space and supply constant and almost free energy to Earth?

How do artificial satellites work?

Artificial satellites must be put into orbit by some space launch. Which once reached the region of the desired atmosphere, leaves the device forever. Although there are hundreds of possible orbits, satellites generally get located in three types of paths:

High Earth Orbit. At the height of 37,786 km above the Earth’s equator, with an orbital period of 24 hours on the same place on the planet.

Once in orbit, the satellites deploy their solar panels, which allows them to capture energy from the Sun to send and receive information and instructions from Earth, using the latter microwave antennas.

At present, our planet is orbiting more than 5,600 artificial satellites of different natures. As well as by 21,000 satellite fragments of more than 10 centimeters, about 500,000 of about one centimeter and more than one billion particles of size to one centimeter.

All this last compose the so-called “space junk” and represents a real danger for future space missions and future satellites. This space junk ranges from astronaut gloves to broken telescopes and fragments of disused ships, nuts, screws, fragments of matter, etc.

Through the website http://stuffin.space you can observe in real-time all the satellites and space debris of the planet.

Unlike artificial satellites, natives were born together with the astronomical body they orbit (usually planets) or became trapped in their orbit as a result of some cosmic phenomenon.

The most obvious case of natural satellites is our Moon, but there are many more on other planets in the Solar System. Some are similar in size and shape to ours, and others consist of rocks of different shapes or sets of asteroids that make up “rings” around the planet, as happens with Saturn.

Also read: What is Anti-Malware? – Definition, Functions, Characteristics and More

What is Managed Services? - Definition, Functions, Advantages, and More

What is CAGR? - Definition, Characteristics, Advantages, and More

What’s The Correct Way Of Calling API In Angular? An Angular developer or an Angular professional is a person who…

5 Reasons Why You Should Start Shopping for Groceries Online Now Last year’s pandemic brought about many changes. Although many…