Home > Definitions > What is RankBrain? – Definition, Functions, Uses, And More 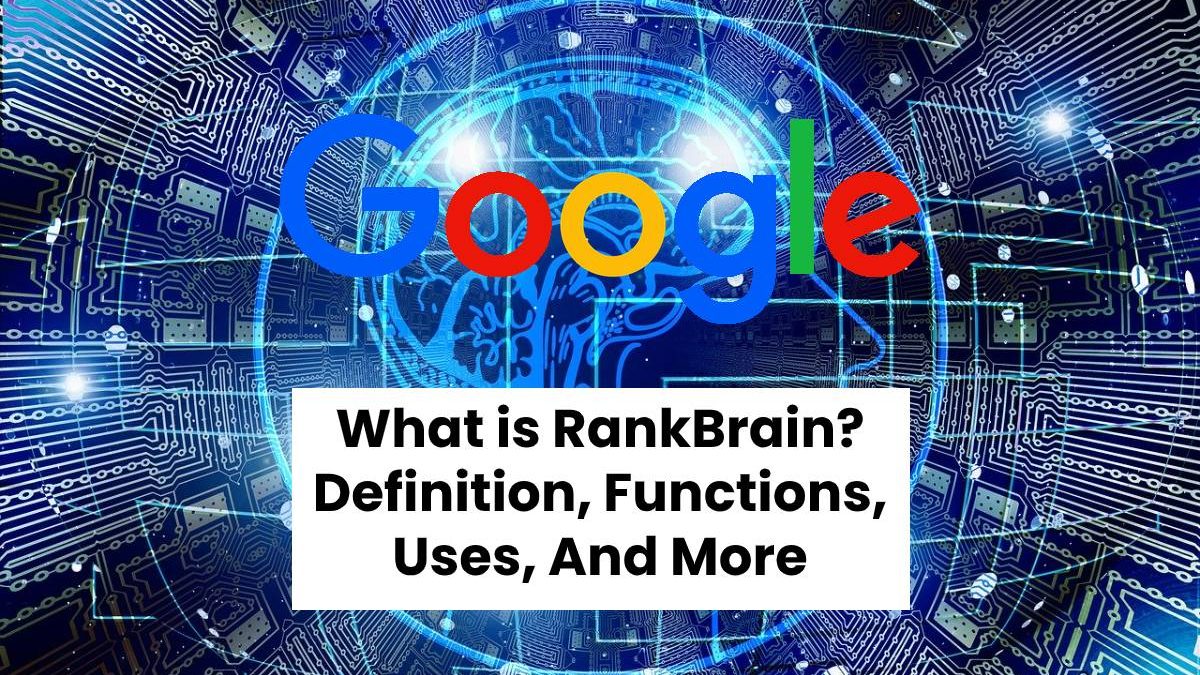 “Google’s Artificial Intelligence system.” “Things, not string” is an old phrase from Google. It emphasizes the importance of the search engine of understanding user searches and returning the correct result, and not focusing. As in search engine prehistory – on pages with search-like words (strings).

Since late 2015, Google introduced a new system to its algorithm, called RankBrain. As a result of several questions about it asked in the last workshops held at DonWeb, it is that today we are going to delve into this algorithm, and how it is evolving.

What is RankBrain, and what is machine learning?

RankBrain is part of Google’s algorithms and is considered – according to the company’s statements. It is the third most significant factor in determining search results. When speaking of machine learning, he refers to how a computer learns to do something. Instead of training by humans or following programming.

According to statistics, 15% of the statistics Google processes daily, that is 450 million per day, are queries made for the first time, users had never written them. They are usually complex or multi-word.

RankBrain helps to interpret those queries better and effectively translate them to other more previously used. Thus finding the best pages in this regard. According to Google, the algorithm can see patterns between apparently disconnected complex searches to understand how they are similar to each other. This learning, in turn, allows you to understand future searches better. Thus returning the results that users will appreciate the most.

RankBrain expansion to all searches

After a few months, Google declared that RankBrain is no longer used only for this 15% of new searches, but for all those carried out by users. According to experts in researching and trying to deduce the algorithms that Google creates – since the official information is scarce – we use it as a refinement.

That is, when it detects a little-used search, it associates it with a similar one with more history, to return matching results.

What use is this to Google?

By having more historical information, you can detect, for example, which is the result most chosen by users. And the one with the least rebound, to offer it in a better place.

Does Google learn and improve online?

No, at least at the moment, RankBrain learns offline. You are given lots of historical searches and learn to make predictions from them. Those tested predictions are proven to be good; the latest version of RankBrain goes live incorporating learning.

What is the relationship between RankBrain and voice searches?

As I have told you in the SEO trends 2018, voice searches increase month by month, influenced by digital natives who find them more comfortable than the traditional keyboard. Voice searches tend to be more personalized and diverse, so RankBrain is a must for Google to understand and solve them correctly.

What improvements can you make on your website to take advantage of RankBrain?

The present of Google’s algorithms is Artificial intelligence, and the future will be even more. So the tricks that SEO experts use in assembling content will be less and less useful. Some specialists also predict that the importance of external links to websites will also decrease since many of them Google knows that – although they seem natural – they are paid links. Their prevalence will decrease as AI continues to grow.

Creating quality and unique content is increasingly vital. It also stands out to use a fluent language, with synonyms and excellent wording, that sounds natural, conversational, and just as we use in everyday life.

What are Search Verticals? - Definition, Elements, And More

What is Duplex Printing? – Definition, Advantages and More

What is Configuration? – Definition, Types, And More

What is a Network Administrator? Definition, Skills, Recruitment and More

What is DNS (Domain Name System)? – Definition, History and More