Home > Definitions > What is Firmware? – Definition, Functions, and More 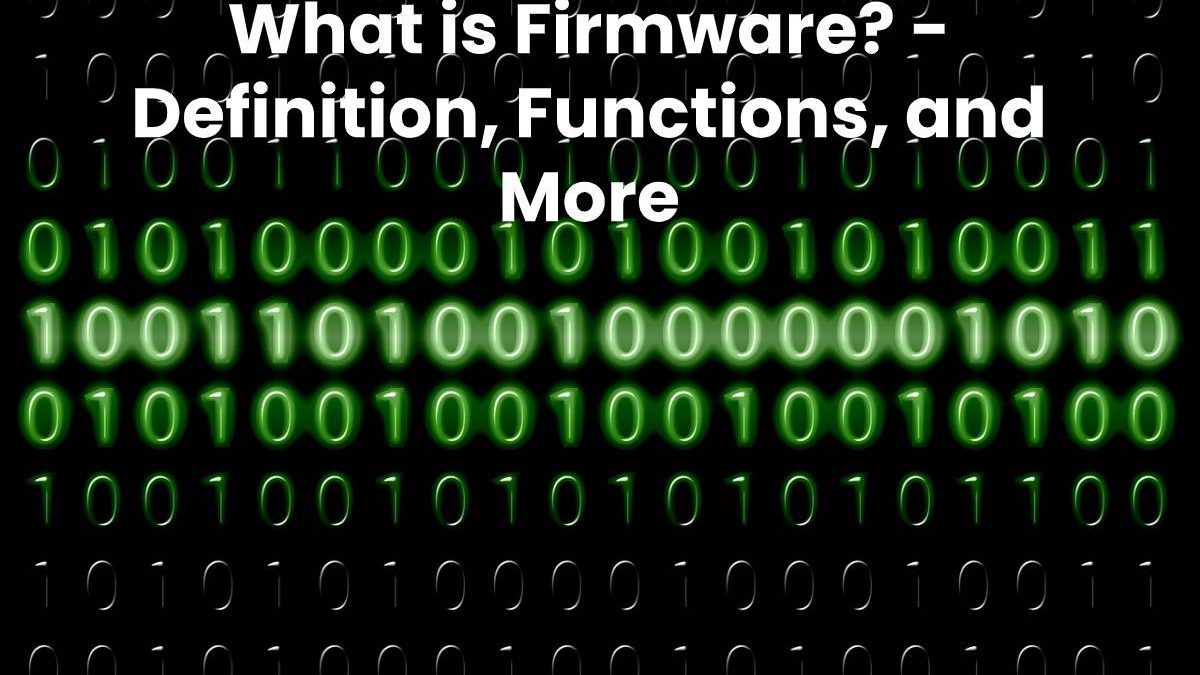 What is Firmware? – Definition, Functions, and More

Firmware is a system that puts in place to establish a “Firm” link between Hardware and Software.

It was first used in the 60s to point to a set of standards inserted in an electronic card. So that a larger device will execute an automatic function. While it is true that the Firmware came from source code, written through software. It has a more physical relationship than any program can exert on a computer.

These programming languages ​​get stored in the ROMs, that is, the internal data storage of the equipment. A RAM is in charge of keeping the order active while executing the process. And the processor sends it to the indicated part of the system.

The Firmware adds from the most original orders to the machine to the most complex. The hardware manages with its different capacities all the rules that the automatic law system issues. With the advance in the technology of the Microprocessors.

The firmware of the electronic equipment is updated not to add new options and alternatives as do the software of the computers. They do it to repair or improve the connection of the functionalities of the hardware with those indicated in the law or norm created.

When we talk about firmware, we refer to the set of instructions of a computer program registered in a ROM, flash, or similar memory. These instructions set a primary logic that controls the circuits of some artifacts.

Also read: What is ERP? – Definition, Advantages, History, And More

Any [firmware] must fulfill three precise functions. First, grant the system the fundamental operating and response routines for the frequent requests it receives and must satisfy the user.

It also establishes an interface so that the system configuration can perform quickly. Finally, another function is to control and manage the device’s system boot, as well as the initiation.

Today we can find the firmware in many devices, such as printers, monitors, or peripherals.

Even the BIOS of a computer itself is a [firmware] since it is responsible for activating the different instructions to turn it on. As well as executing the commands for the start of the operating system.

One of the significant disadvantages of the firmware is the lack of automatic updates, which can cause failures in its regular operation.

Therefore, new [firmware] versions are continually releasing. That must be updated manually by the user.

Also read: What is Tax? – Definition, Types, and More

Review What is Firmware? – Definition, Functions, and More. Cancel reply

4 Tips to Keep Your Mac Safe and in Good Condition

What is an Application Server? – Definition, Functions, And More

What Is Newsjacking? – Definition, Advantages, And More