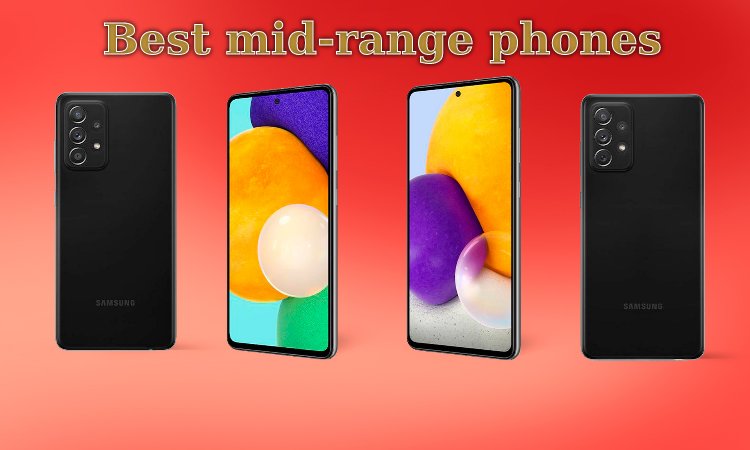 The definition of a ‘mid-range smartphone’ has undergone several changes over the past couple of years. 6-7 years ago, it meant a relatively expensive smartphone that didn’t carry many features, but given the fact that smartphones were still very new, those from the upper middle class were the ones who were able to afford mid-range smartphones. Only established brands like Samsung were truly able to boast about providing a ‘good’ mid-range device, but today, things have changed completely.

Mid-range phones today can even be compared to premium flagship devices, whether it is in terms of their looks, features, specifications, or their value addition. For instance, for less than Rs. 25,000, you can purchase a stunning mobile phone that comes with best-in-class features, excellent cameras, and a fast processor. A little higher on the price ladder, phones that cost around Rs. 30,000 give users the same user experience as the high-end, luxury devices. In essence, the mid-range segment has truly become the average user’s premium segment.

To drive this point home, we take a look at some of the best mid-range smartphones you can find in the market today.

Arguably the best mobile under 30000 INR, the Vivo V20 2021 edition comes with a 6.44-inch Full HD+ AMOLED display, along with a water-drop notch. It boasts of a 60Hz refresh rate, which makes it a good gaming smartphone as well. The device runs on Android v.10 based FunTouchOS 11, and is powered by the Qualcomm Snapdragon 730G octa-core processor, mated to 8GB RAM. These specs ensure that the mobile phone executes all the tasks without any effort or lags. This 8GB RAM mobile also flaunts three cameras at the back, with a 64MP primary sensor, while the smartphone houses a stunning 44MP selfie camera, giving you all the tools you would need to click stunning photos with exceptional clarity and detail.

Motorola made its way back into the Indian smartphone market with a bang, and one of its best offerings is the Moto G 5G smartphone, which flaunts a 6.7-inch Max Vision display. The device is powered by the Qualcomm Snapdragon 750G chipset, and boasts of 6GB RAM and 128GB internal storage, all excellent specifications for a smartphone that costs less than Rs. 20,000. This smartphone packs three rear cameras, with a 48MP primary sensor, and a 16MP front camera for users to take impressive selfie shots. Last but not least, the smartphone houses a massive 5,000mAh battery underneath the back panel, and comes with a 20W turbopower fast charging feature.

Even before Samsung Galaxy F41 officially hit the stores, there was a lot of hype around the device, and understandably so. Samsung promised to offer a monster of a smartphone for less than Rs. 18,000, and the brand delivered on its word. Galaxy F41 flaunts an elegant 6.4-inch sAMOLED Infinity-U display, and is powered by the Exynos 9611 processor. Mated to it is a 6GB RAM Mobile, while the phone packs 128GB internal storage, which can be expanded via microSD card. Samsung phones are famous for their batteries, and the Galaxy F41 does not disappoint either. The device packs a mammoth 6,000mAh battery under the hood, with 15W fast charging. Another impressive feature of this device is its camera configuration; it comes with a triple-rear camera array, with a stunning 64MP primary sensor, which can be used to click amazing photos and to record crystal clear videos. Complementing it is a 32MP selfie camera, which, once again, proved just why the Galaxy F41 smartphone had the smartphone world buzzing even before it was launched.

Another smartphone model that had everyone talking before it was officially launched is the Oppo F17 Pro smartphone. The device comes equipped with a 6.43-inch Super AMOLED display, with HD+ resolution. This smartphone is powered by the MediaTek Helio P95 chipset, and is mated to 8GB RAM, while the device packs 128GB internal storage. Oppo is known for offering stellar cameras, and this device does not disappoint, as it comes with a 16MP front camera with a depth sensor, which ensures that you can click enviable selfie images.

You can now purchase your favourite mid-range smartphone, without worrying too much about the price of the device. You can rely on the Bajaj Finserv EMI Network Card to finance the purchase, and repay the cost of the smartphone in convenient monthly instalments.

Review Some of the best mid-range phones that you may consider buying. Cancel reply

How to lay cement tiles quickly and easily

What Are the Advantages and Disadvantages of a Desktop Laser Cutter?