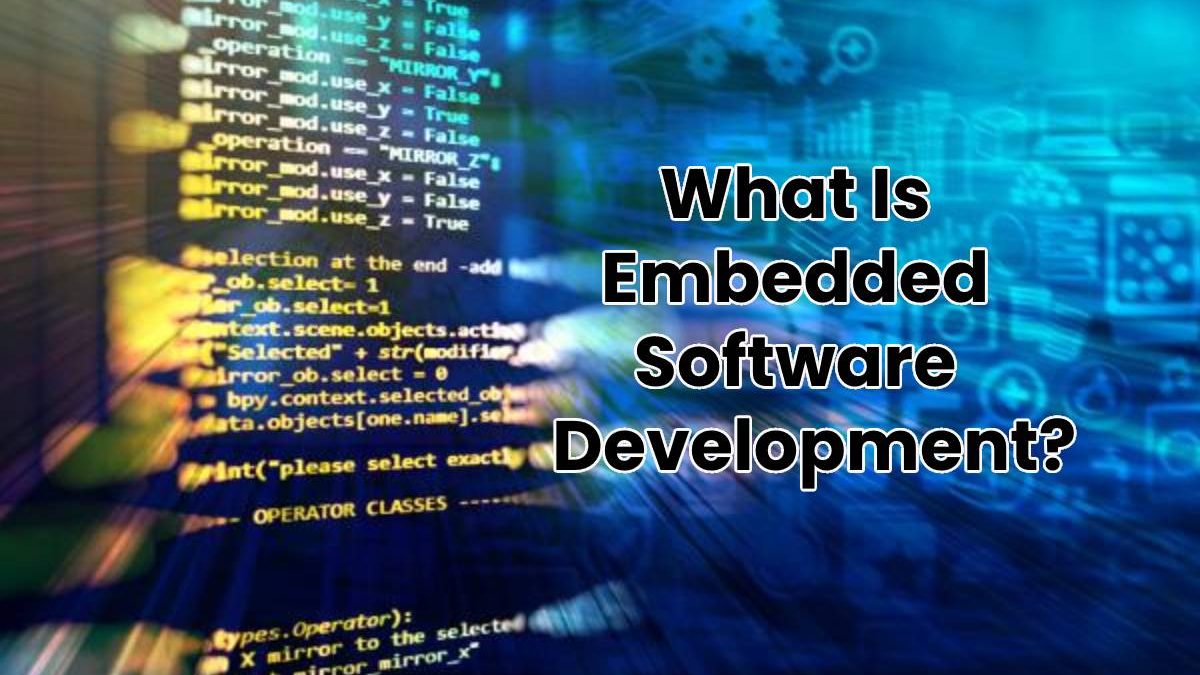 In the modern world, computerization is penetrating deeper into all spheres of life, making processes faster and more convenient. An enormous amount of devices today are somehow related to electronics. Software built into electronic devices allows you to set certain tasks for these devices and get the desired result. Hence, the embedded application development segment is gaining traction.

Recently, the devices with built-in software have been especially trending in the IoT industry, automotive, manufacturing, healthcare, and other domains. Meanwhile, the requirements for such devices are constantly growing, hence their complexity and power are increasing.

The process of developing embedded software requires an integrated approach: software should be compliant with hardware elements, so their capabilities and parameters should be considered jointly. Embedded engineers need well-prepared work specifications and thorough control at each stage.

Following are the explanations of main terms related to embedded programming.

Since built-in systems can be of various size and complexity, they need various types of software for correct operation.

Embedded software companies use various programming languages, operating systems, communication protocols and IDEs to create their products. The choice depends on what kind of device is in production, what components are used in it, and what functions the device is supposed to perform.

The terms of reference and other documentation should contain all the requirements for the future software product. Based on such documents, developers and managers decide on the appropriate tools.

C, though it’s an old language, is widely used for built-in applications today. With the C language, you can create both the high-level application code and low-level hardware abstraction layers. It’s especially good for simple devices based on microcontrollers with minimal memory.

C++ is an advanced version of C. It works well in embedded systems based on powerful processors and having a graphical user interface, for example, digital signage solutions.

Java is also used for writing embedded code. With this language, you can create portable programs that will be compatible with various platforms.

Python is still young, but already popular in the world of embedded programming. Due to its simplicity and conciseness, Python is well suited for complicated systems, e.g., with neural networks.

Rust is another popular language for programming embedded software. It ensures the efficient memory usage, security, and high performance of your device.

There are other languages that are not on everyone’s lips, but still can be a good choice for built-in solutions. These are Ada, Lua, Verilog, VHDL, and more.

Communication protocols play a crucial role in distributed embedded systems because they enable data exchange between devices. Among the most popular protocols are:

The most popular operating systems for built-in solutions come from the Linux family:

ThreadX is an RTOS with numerous advanced features by Microsoft Azure.

To create an embedded software program, you need a set of tools, including an editor, a compiler, an assembler, a debugger, a linker and an emulator. It is a challenging task to take such tools separately and make them work as a coherent system for one project. A much easier and convenient option is to utilize an integrated development environment (IDE), which comprises all the needed tools, libraries and APIs in one package.

Following is the list of the most popular IDEs for embedded projects.

A successful embedded project needs not only impeccable software but appropriate hardware as well. There are numerous hardware solutions (boards, microcontrollers, development kits, SoC, SoM, etc.) available on the market, so you can face a tough choice. We’ve compiled a list of the best hardware vendors.

Besides the development itself, the company that created an embedded software product should provide its full after-production support. Firmware or an embedded application may require updates: periodical or at the request of customers.

Moreover, some errors can be found during operation, and the development company should take responsibility for fixing them.

What Kind of Apps & Software You Need for Remote Team Management

How Do You Choose the Best VPN for Your Needs?