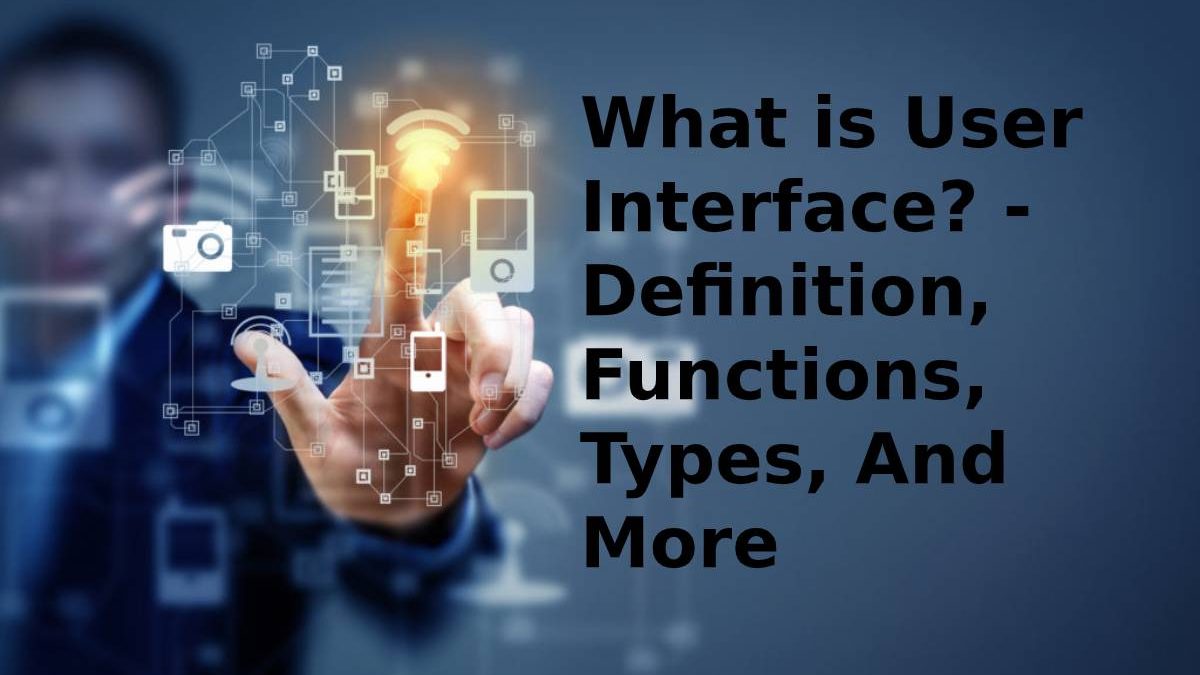 The user interface, in the industrial plan field of human-computer interaction, is the space where interactions between humans and machines occur.

The user interface (UI) is the set of sensory and controls channels through which a user can communicate with a machine, in a computer, screen, keyboard, and speakers are part of the user interface because the usefulness of all of them is to make information on or leave the computer.

An excellent user interface is characterized by having a high degree of usability and being friendly and intuitive.

What is the Graphical User Interface (GUI)?

The graphical user interface (GUI) is the graphic content through which equipment information gets displayed on a screen. Almost all programs have some kind of visual interface. Which serves at the same time to shows information to the user and as a navigation map for different commands.

For example, if you open a Word file, the user interface will allow you to see the information it contains on the screen. Still, it will also allow you to interact with endless tools to modify the document.

There are much more complex and intuitive visual interfaces. Such as those of smartphones, that are helpful to minimize the learning curve. Also, the interface of the websites tends to work in such a way that any visitor can use it without the need for specific prior knowledge.

It refers to all the graphics, information, and tools that appear on the screen when you open a web page. These elements work very similarly to other computer programs. They have to be more intuitive and easy to use. As it would be impractical for Internet users to have to spend time learning to manage the commands of each website they visit.

Therefore, in web design, it is crucial to create a [user interface] that facilitates the maximum transmission of information, navigability, and interaction.

Other types of user interface

Although most of us are accustomed to graphical interfaces. There are other forms of communication between a software and a user:

These are programs capable of identifying and interpreting speech. The clearest example we have is the recent rise of artificial intelligence, such as Siri, which is controlled by voice.

It is mainly used in the field of operating system programming and is the evolution of the first command-line interface used by the early computer programs.

This is the name of the type of interface that identifies and interprets the natural actions of the human being. Such as movements and facial expressions. An example of this is video games with a kinetic interface.

Is the most innovative type of interface that exists so far. Although it does not yet have many everyday applications. It is useful to control bionic prostheses and give simple instructions to software through brain waves.

Much of the technology around us, such as mobile applications and video game consoles, combine several types of interface to provide a more intuitive and pleasant user experience.

What is a Firewall? – Definition, Types, Importance and More

What is MFA? – Definition, Uses, Advantages and More