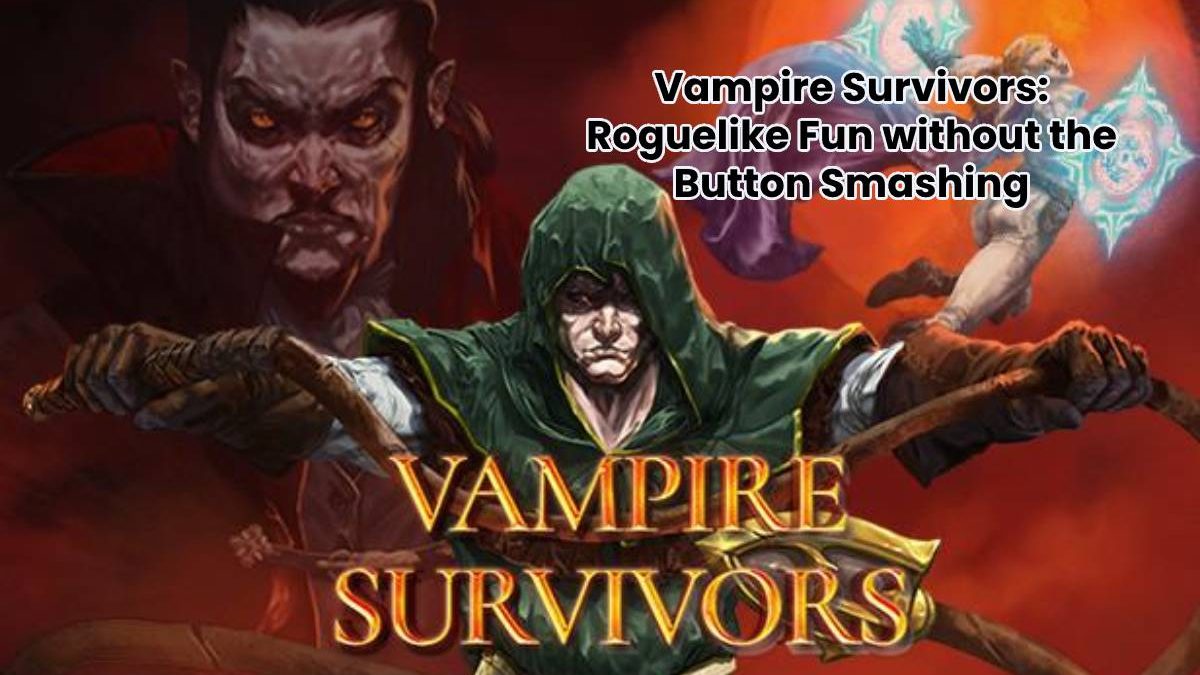 In an era of VR and AAA titles with Hollywood-level budgets, it’s not often you see simple 2D games make waves. And yet Vampire Survivors manages to do just that, and more.

Beneath the simple graphics and lack of a coherent storyline is a simple, addictive roguelike that makes it worthy to be among past greats like Hades and Dead Cells.

Vampire Survivors is a 2D bullet hell game. You basically play as an 8-bit sprite who takes on hordes of monsters in a top-down environment. Each level lasts 30 minutes and consists of waves of ever more powerful enemies, from the eponymous vampires to big bad demons and other creatures from hell.

At present, there are four main levels, as well as 3 bonus challenges that bring a twist to the action, such as faster wave spawns or randomly spawning enemies.

Being an early access game, there is no storyline yet. According to the game’s Itch.io page, an evil person named Bisconte Draculóis terrorizing the rural countryside in Italy with his magic. And it’s up to the Belpaese family to end his reign of terror and push the demonic hordes back into hell.

As a 2D game, controls are lifted straight out of the 80’s. You can use your keyboard, mouse, directional pad, or analog stick to move.

For combat, your character automatically uses weapons, so you don’t even have to press or click anything. Apart from movement, the only other control prompt is a confirmation box when your character levels up.

If this game can be ported to Apple Watches or microwave ovens ala Doom, you can easily control the game from those devices.

As a bullet hell game, you can expect tons of weapons and combat abilities. And Vampire Survivors delivers in loads.

There are 22 weapons and 12 powerup abilities. Weapons range from melee tools like daggers and whips to ranged weapons like the cross boomerang. However, it’s the abilities that are entertaining. The more monsters you kill, the more xperience you get, which unlocks new powers. These can be garlic that acts like a shield, to liquid puddles that melt monsters on contact. My own favorite is a spinning Bible that floats around the character and acts like a drone and attacks nearby enemies.

One twist is that these abilities come with a timer. Instead of powering them manually, they activate automatically. This allows you to focus on combat. Enjoy being a whirlwind of death while your killer Bibles are on, then retreat back to safety once they power down.

There are six slots each for weapons and items. Your character starts with a single weapon and no items at hand.

Whenever you kill a monster, they drop gems that fill up an experience bar. Once the XP bar is filled, you advance one level and get to choose from 4 random weapons or items. Whenever you add a weapon to your inventory, you get a new type of attack ability with its own timer. If you choose a weapon that you already have, this upgrades its speed, range, or attack points.

As for items, they provide buffs that allow you to level up a weapon’s timer or area effect. Items are obtained through the chests dropped by end bosses.

Part of the appeal of VS is the weapon evolution. Since you only have six slots, you can either choose to sample new weapons out of the 22 provided, or upgrade existing weapons from your arsenal. When you choose the latter, your simple ax turns into a deadly swath of sickles, or your boomerang turns into a magical sword. Beyond weapons, each character also has unique abilities that affect gameplay strategy. The game currently offers 20 characters to choose from, some of which are secret and require a little research on your part.

Finally, there’s the economic aspect. As you play, you collect gold coins, which can be spent on character upgrades like movement speed or range. This also allows you to unlock new characters.

Vampire Survivors may look like a simple 2D game at first glance. But don’t let the simple graphics and lack of frantic button-smashing fool you. Like other roguelikes, the challenge lies in balancing the perfect mix of character, weapons, and abilities to survive the massive hordes of the unholy until the next round.

In this sense, VS shines, until the Grim Reaper himself finally comes to collect you. And even then, you’ll surprise yourself by going back and wanting more.