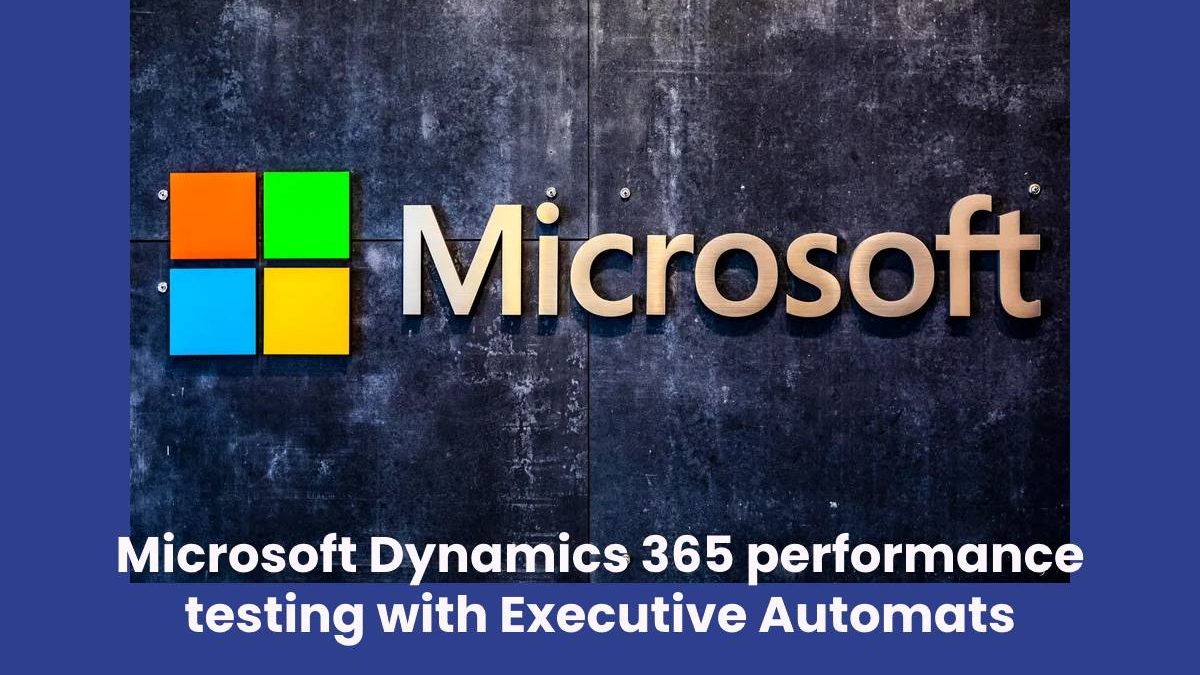 Microsoft Dynamics 365 requires regular testing due to the frequent modifications of the software according to the “One Version” policy of constant improvement. This makes performance testing rather complicated, however, an efficient testing tool such as the one offered by Executive Automats can make the process smooth. This article will help you to explore more details of D365 performance testing.

For Microsoft Dynamics 365, performance can be viewed as two forms of interaction between a user and a system. The first one is based on user and sensory experience, while the second one describes the responsiveness of the system used by multiple users at the same time. Depending on the size of your company, there might be hundreds of users with different roles working with the system simultaneously and their number will be even greater during peak moments.

Building advanced scripts for a greater number of users interacting with the system through various accounts is time-consuming. Many tools for automated testing have a rather limited number of robots, while the tools supporting tests with multiple users usually require rather high extra payments.

Considering the monthly updates of Microsoft D365, you can imagine performance tests might be quite expensive.

Executive Automats can be a solution to a tricky process of D365 performance testing which will allow you to measure the system in two ways. The first option will focus on the hardware load whereas the second one will check the responsiveness of the app while being used by several robots imitating different roles of users of the system. Increasing the load of the system is necessary for predicting the real-time behavior of your ERP.

Furthermore, Executive Automats will provide you with a UI which makes it possible to perform testing without any coding. You can go even further and reach for the TAaaS (Test Automation as a Service) functionality of this tool, which will provide you with professional assistance for testing to meet the needs of your company.

Performance test example: how is it done with Executive Automats?

Let’s see what the responsiveness of your app will be during a scenario of being overloaded by simultaneous actions, which can happen during a large sales event such as Black Friday.

Executive Automats will allow you to perform hundreds of user sessions simultaneously measuring the time required for the system to respond to the actions defined in scripts. These actions can cover different roles of users simulating realistic scenarios. On top of that, various environments can be used for repeating performance tests giving you measurable results. For instance, the testing tool will estimate an average respond of the system to the user clicks letting you know what to expect in a similar situation in the real life.

More information you will find at https://www.executiveautomats.com/microsoft-dynamics-365-performance-testing-with-executive-automats

How do you choose a good software development company?

Top Benefits of Making Your Website Accessible to All

7 Ingredients to Add for Making Your Video a Selling Machine

How SEO Works in the Food & Beverage Industry