Home > Technology > How to convert ADA to ETH with LetsExchange? 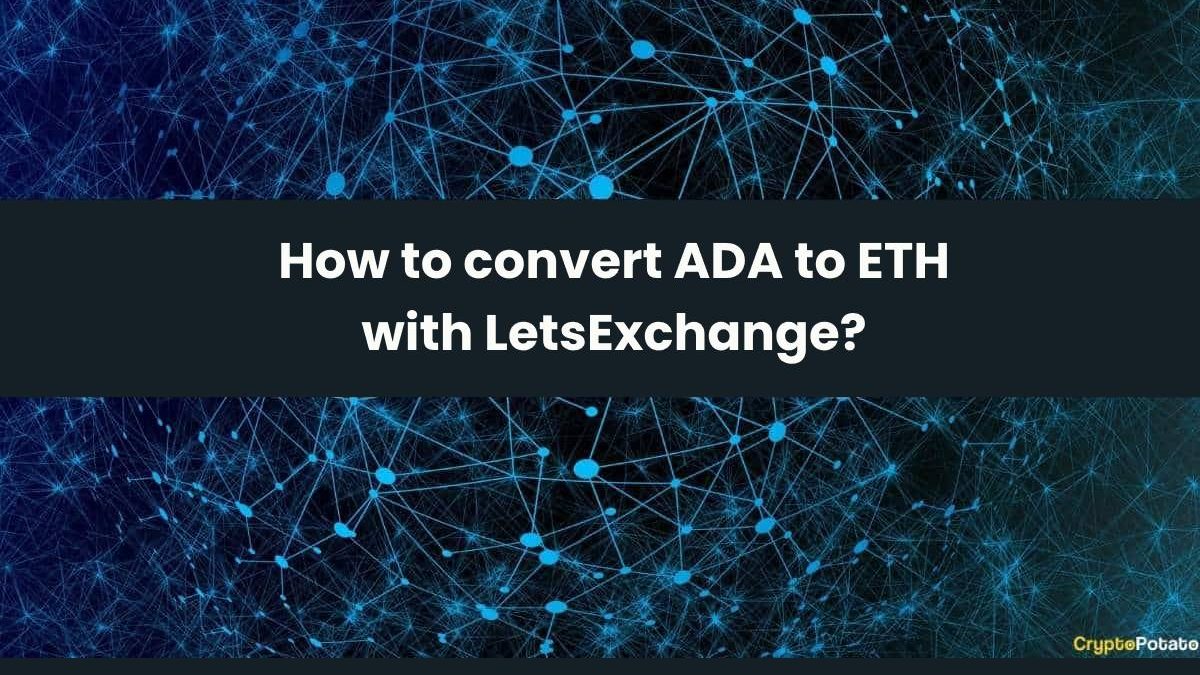 Bitcoin was created as an alternative money and along the way gave rise to a fundamentally new industry and a fundamentally new asset class. Repeating or at least approaching the successes of the pioneer by offering the same thing is not the best idea. Therefore, in the new world, differentiation began almost immediately.

The next step was taken by the Ethereum team. The new blockchain was the first platform on which the possibility of hosting smart contracts, decentralized applications and non-fungible tokens was implemented. To date, smart contracts are rightfully considered the most advanced and secure way to implement any contractual relationship.

It is quite natural that Ethereum quickly had followers and competitors. Among the first projects named as a potential Ethereum killer is the Cardano blockchain.

Technically, Cardano is a third-generation blockchain platform. This cryptocurrency seeks to find effective solutions to the most pressing problems of its predecessors: sustainability and scalability.

To achieve consensus, the network uses its own modification of the Proof of Stake algorithm known as Ouroboros.

Cardano is developed in five phases (epochs). Each update expands the technical capabilities of the platform. The development should result in a development platform with verifiable smart contracts for Dapps and a registry of several assets.

The native coin of the Cardano platform is used to pay fees, pay rewards for participating in transaction verification and as a means of payment within the platform. Like any other ADA cryptocurrency, it can be converted into ETH and other cryptocurrencies, bought, sold or exchanged for fiat money or used as a store of value.

In 2021, ADA has become one of the fastest growing cryptocurrencies. The coin showed rapid growth in spring and early autumn. In the first days of September, an all-time high of $3.10 was recorded. ADA is one of the TOP 10 most valuable cryptocurrencies. Experts believe that in the foreseeable future, it can become a serious competitor to Ethereum in the field of decentralized finance.

Is it worth investing in ADA

The introduction of decentralized finance into traditional business is only gaining momentum. Accordingly, the need for the services of specialized blockchain platforms will grow. Therefore, ADA is one of the coins that is now seen as a good long-term investment.

Where to buy ADA

ADA is traded on almost all major exchanges, including Kraken, Bitfinex, Binance, Gate. io, KuCoin. If this is your first cryptocurrency and you are planning to buy it with fiat money, you need a traditional cryptocurrency exchange.

If you need to convert ADA to ETH or another digital currency, it’s faster and easier to do it using LetsExchange. The instant cryptocurrency exchange platform works without registration and KYS. All you need is to fill in the exchange widget:

No further action is required from you. After confirming the application, the transaction is automatically completed and the exchanged coins are credited to your wallet.

LetsExchange is fast, safe and profitable.

Review How to convert ADA to ETH with LetsExchange?. Cancel reply

Improve Your Digital Security Even While on Vacation

Beginner’s Guide: How To Create A Bank App?

Just Before Our Experts Recover Lost or even Deleted apple iPhone Data without Backup:

How To Use Technology To Create A Competitive Advantage