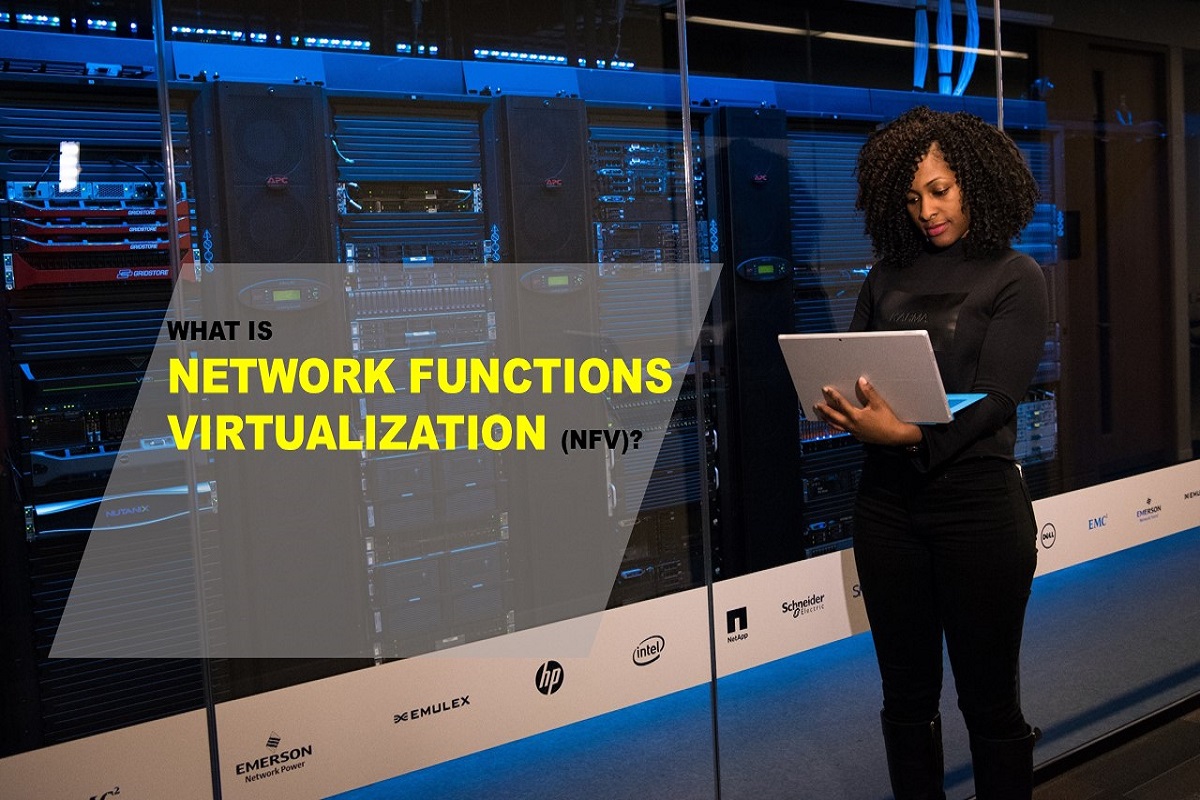 What is Network Functions Virtualization (NFV)?

Network Functions Virtualization (NFV) is a developing network approach that allows the replacement of dedicated and expensive hardware devices such as routers, firewalls, and load balancers with software-based network devices that run as virtual machines on industry standard servers.

Network administrators handle orchestration and administration functions through an operating system that coordinates virtual devices that run on a network. Like virtual machines, virtual devices can be selected and deployed based on the needs of the network.

If a client wants to add a new function to the network, the service provider can activate a new virtual machine to perform that function. And with the same ease that was activated, the network function can be deactivated when it is no longer needed.

For example, instead of implementing a new hardware device across the network to perform encryption, a provider can apply the encryption software on a standardized server or switch already installed on the network.

This virtualization of network functions reduces dependency on dedicated hardware devices for network operators. It also improves scalability, the use of resources (because a virtual machine can be released and use by other application when a software device running on that virtual machine (VM) is no longer needed) and personalization through the entire network.

The NFV should not be confused with a virtualized network, because the NFV, as a technology concept, seeks to download only the network functions, and not the entire system. NFV is diverse when compared to a virtual network function (VNF), a term commonly used to describe a network function that runs in the software of a VM as described above.

The NFV has some significant advantages, including:

The IT infrastructure has been virtualized for years. The establishment of networks is the next step that operators seek to be up to technological changes. The applications are imposing networks of bandwidth, flexibility, and speed, but the excess of networks to accommodate the maximum traffic loads goes beyond the reach of most of the operators since it is just too expensive.

At the same time, buying specific hardware for applications for a single use then designing, configuring and waiting for it to be in service for eight to ten years or more is not realistic. The NFV, with programmability through software control, provides greater agility and power of the network and its primary function.

Network functions that were earlier only possible through highly customized hardware and software can now be fully implemented in the software, which drastically changes the network landscape of operators, service providers, and operators.

Think of a bank with numerous branches. The NFV immediately reduces capital expenditures because the bank requires fewer hardware purchases, cheaper and less frequent. At the same time, the NFV reduces operating expenses due to the requirements of lower energy consumption and less physical space.

Instead of the hardware capital costs, the bank pays simple license fees for the virtual devices of the branches. Then, as the needs of your business change (perhaps as a result of changes in customer habits, the location of bank branches or the addition of new banking services), the bank can quickly increase or decrease your network by implementing the necessary network services required at any time.

Software-Defined Networking (SDN) is a network architecture approach that enables the network to be intelligent and control centrally, or ‘programmed,’ using software applications.

It helps operators manage the entire system consistently and holistically, regardless of the underlying network technology.

What is the Difference Between NFV and SDN (NFV vs. SDN)?

The software-defined network (SDN) is generally defined as the separation of the forwarding and control planes in a network element. It provides better control and management. SDN is different from NFV, but many implementations of NFV can use SDN drivers as part of the general NFV architecture.

Requirements of the NFV platform

NFV architecture is designed to increase or replace traditional and highly reliable network devices. Therefore, NFV must deliver the following

Reliable, high-performance servers are a critical aspect of NFV. Intel-based servers are the most popular option here.

Network operators can select from a variation of standards-based HAND architectures supplied by vendors. The central open-source option MANO comes from the Open Network Automation Platform (ONAP), which is part of the Linux Foundation. HAND must be customized by network operators to meet the requirements of their specific operations and billing architectures.

Also read: Radeon RX 580 and RX 570, Features, Price and all the Information

NFV promised a series of benefits for network operators, including:

The NFV is part of a radical change in the way hardware and software networks operate and interact. Together with the SDN, the NFV creates a large environment in automation and programmability capabilities. The NFV is also an opportunity for operators and service providers to implement a more customer-focused network infrastructure that can dynamically adapt to the needs and requirements of the customer. Large network operators are turning to the NFV because of its programmability and open standards. Also, it frees them from patented network provider frameworks.

NFV is proving to be challenging to implement for many operators at level. The amplitude of the architecture and the number of different components make it a challenge to design, build and provide support. Network Functions Virtualization needs to integrate into existing network architectures and linked to operating systems. The lack of mature and “flat” standards for NFV implementations continues to hamper deployments. It has taken years to move NFV implementations through laboratories, concept tests, field trials and scale solutions in production networks.

Also read: What Is APR (Annual Percentage Rate)? How Does It Work?

What is HP Fortify? – Definition, Characteristics and More

What is Android System Webview? – Definition, Obligations, and More

What is CompTIA? – Definition, History, Basics, and More