Home > Definitions > What is Litecoin? – Definition, Functions, Properties, And More 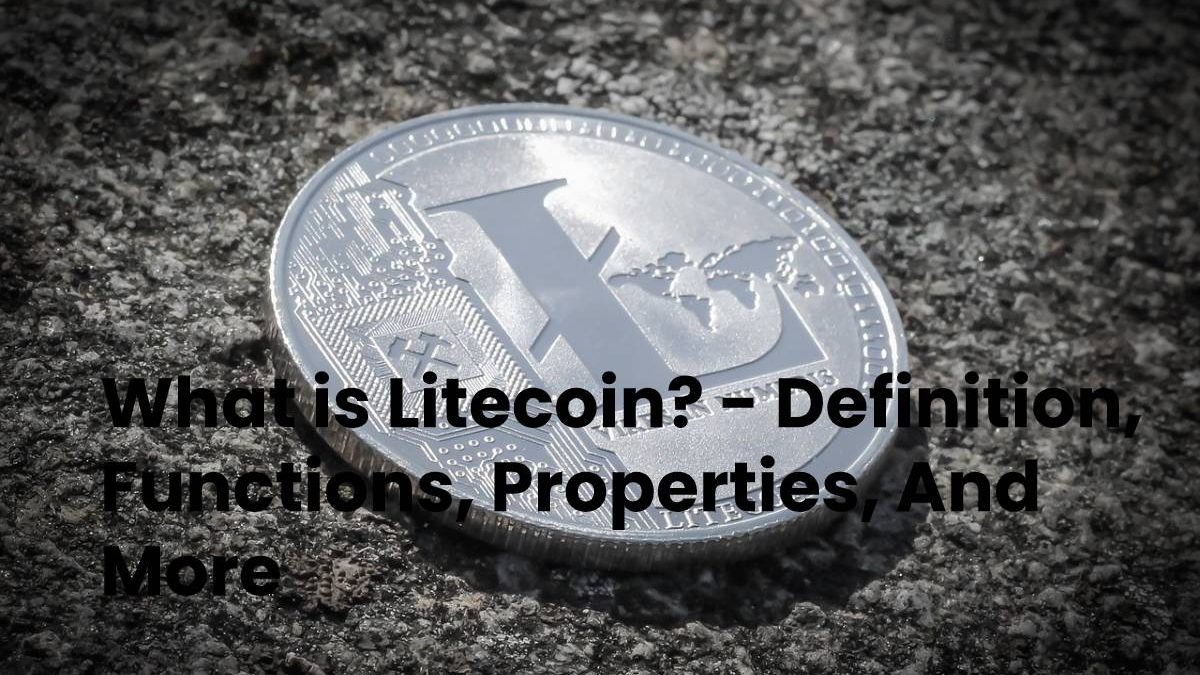 Litecoin was a bitcoin spinoff or altcoin, starting in October 2011. It is a peer-to-peer cryptocurrency and open-source software project released under the MIT/X11 license. The transfer and creation of coins depend on an open-source cryptographic protocol. It is a decentralized process.

It (LTC) is a cryptocurrency, decentralized and shares the same code as Bitcoin, but with some differences. So it is often called cryptocurrency silver, referring to bitcoin as gold. With Litecoin, we have a currency faster than Bitcoin, safe, and with it, the money is yours. It has been running for over seven years and was one of the first cryptocurrencies created in October 2011.

A general question is about the security of Litecoin. Is it safe? The answer is yes, mathematically speaking it is more secure than your bank account. As with Bitcoin, Litecoin’s network is decentralized and has no single point of failure. It means that governments and large companies will not be able to freeze their balance or even take it. It is one of the four most secure and difficult to attack cryptocurrencies.

Another point that gives massive security to its investors is the fact that it shares the same Bitcoin code, which means that many of the Bitcoin updates can also be the same for Litecoin.

You can buy Litecoin at Foxbit. It’s effortless, and everything finishes in a few clicks! We have prepared a tutorial for you. Want to learn? Just click the button below.

Litecoin is one of the fastest cryptocurrencies today; its block confirms within ~ 2.5 minutes, 4x faster than Bitcoin. Creating a litecoin portfolio is easy and costs nothing. Just as there are several ways to interact with your bank, it is also possible to communicate in different ways with your LTC wallet, via the application, programs on your desktop, and even on paper wallets.

Who is accepting it?

Hundreds of online and offline stores already accept Litecoin; here, you can find a small part of this list. Since it has fast blocks and minimum fees, it is the perfect currency for trade. It allows fast, safe, and almost negligible purchases. You can send values ​​from Brazil to China in minutes without a manager supervising, without bureaucracy, and with a simple button. To accept bitcoin at your merchant, create a wallet.

Why does the Litecoin Foundation have a stake in a bank?

The Litecoin Foundation is a non-profit entity, and it is decisive to maintain the active development of cryptocurrency. The acquisition of 9.9% of the German bank WEG was part of an agreement between TokenPay, a developer of payment solutions, and the Litecoin Foundation. The partnership aims to improve TokenPay’s technological solutions and integrate Litecoin into the banking sector. The news shows how cryptocurrency is a severe and long-term project.

Also read: What is CAGR? – Definition, Characteristics, Advantages, and More

What is Email Security? - Definition, Risks, Uses, And More

What is Ethereum? - Definition, Functions, And More

What is SSID? – Definition, Types, Features, And More

What is Permalink? – Definition, Information, Example, And More

What is Digital? – Definition, Features and Uses