Home > Definitions > What is CDMA? – Definition, Differences, Functions And More 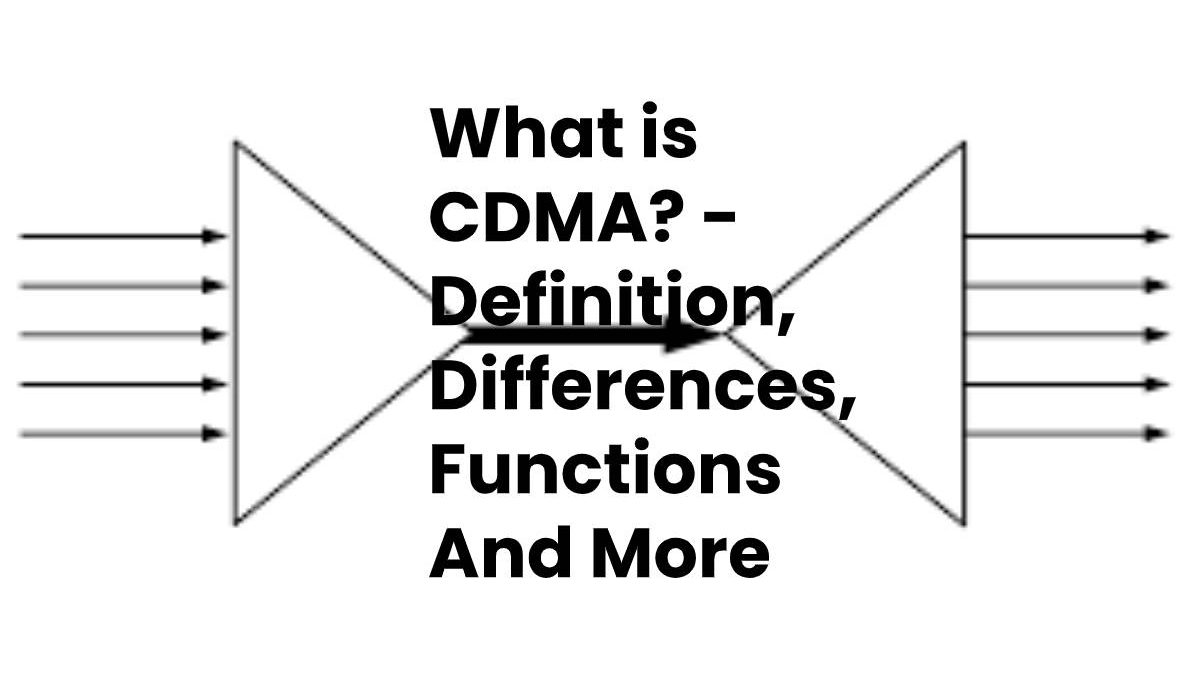 Code-division multiple access is a channel access method used by various radio communication technologies. CDMA is an example of multiple access, where several transmitters can send information at the same time over a single communication channel. CDMA allows several users to share a band of frequencies.

Difference between CDMA and GSM

CDMA and GSM are the two most essential technologies for mobile telephony.

CDMA (Multiple Access by Code Division) and GSM (Global Mobile System) are abbreviations of the two central radio systems used in mobile phones. Both acronyms tend to group a lot of technologies managed by the same entities

In Europe, all companies use GSM; however, in America, more operators use CDMA and less that use GSM.

As a rule, most of the world uses GSM since it comes from an industry consortium. And its worldwide spread occurred in 1987. Moreover, the owner of CDMA technology is the chip manufacturer Qualcomm. Which made it less expensive for third parties to manufacture GSM equipment because CDMA requires a license.

In terms of call quality, the technology used is much less important than the company’s coverage. There are good and bad CDMA and GSM networks, but there are fundamental differences that exist between technologies.

It is much easier to exchange phones in GSM networks since GSM operators put customer information on a removable SIM card. When you take out the card and place it on a different phone, the new device immediately gets the number. Therefore, GSM operators do not have full control over the phone they are using.

CDMA 3G networks (known as “EV-DO” or “Evolution-Data Optimized”) do not allow voice calls and data transmission at the same time. There is an option called “SV-DO (Simultaneous Optimization of Vos and Data), but most operators have not adopted it for their networks and phones.

GSM 3G networks allow voice and data simultaneously because it is a necessary part of the specification.

At the beginning of mobile communication, in 1995 and 1996, CDMA was the newest and fastest technology, as it offered more capacity and better call quality than GSM at the time. GSM evolved and reached CDMA, but the companies had already invested in competing for technology.

Why are there so many companies that work with CDMA?

The answer is at the beginning of mobile communications. In 1995 and 1996, CDMA was the newest and fastest technology, as it offered more capacity and better call quality than GSM at the time. GSM evolved and reached CDMA, but the companies had already invested in competing for technology.

[CDMA] and GSM are multiple access systems. This means that they allow several people to make phone calls or Internet connections through the same radio channel.

[CDMA] requires a bit more processing power since it is a “code splitting” system. Each data call gets coded with a unique key, and all requests get transmitted at the same time. In the same case as the previous one, if we could watch the channel with the three calls. We would see something like this: 66666666. The receivers would receive the complete signal and divide it with their unique key to be able to listen to their call.

The code division proved to be a more powerful and flexible technology. So this system is apt for 3G networks. Also known as UMTS (Universal Mobile Telephone System) or WCDMA (Wideband [CDMA], CDMA Broadband). WCDMA requires more full channels than the old [CDMA] systems, as the name implies, but in turn, it has more data capacity.

Also read: What is Marketing? – Definition, Significance, Types and More

What is Cache? - Definition, Concept, Functions And More

How A Digital Marketing Agency Can Help You Expand Your Business

Do you have a website or are thinking about creating one?  If your answer is yes, then you need to…

Industrial Manufacturing Is Up To Big Changes, Here Are The Reasons Why