Home > Definitions > What is Applet? – Definition, Functions, Characteristics, And More 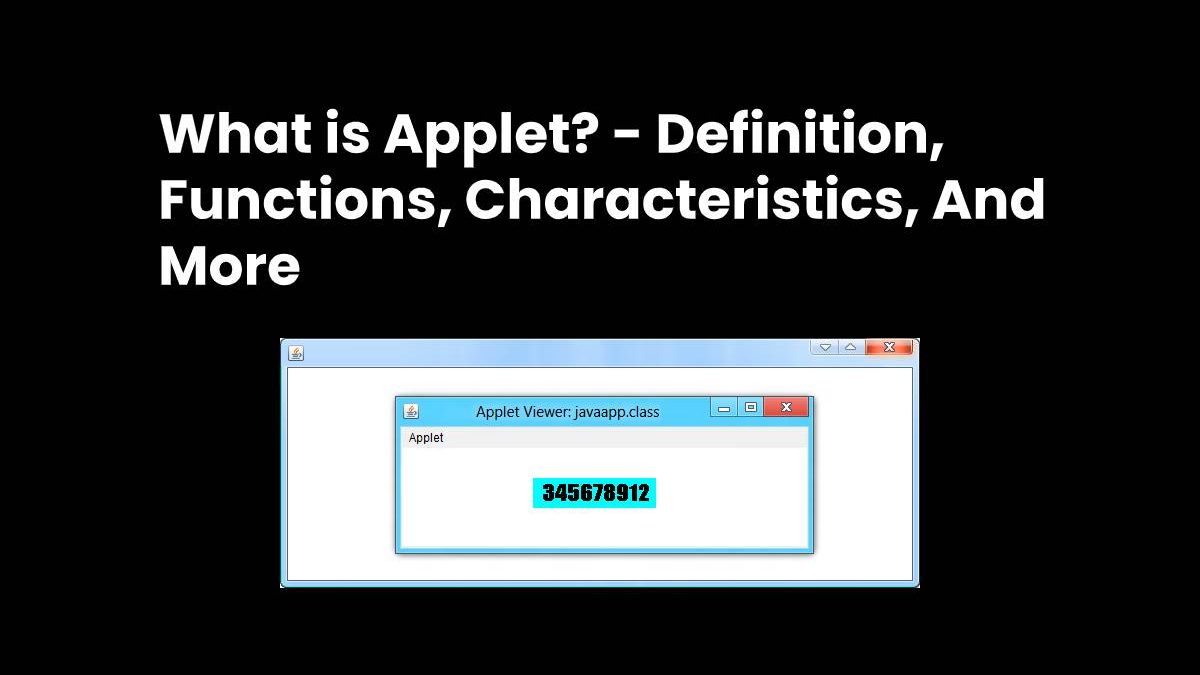 What is Applet? – Definition, Functions, Characteristics, And More

An applet is a component of an application running in the context of another program, for example, a web browser. The applet must run in a container, which is provided by a host program, through a plugin, or in applications such as mobile phones that support the applet programming model.

The processes involved in web pages can be executed in two places: on the server (the computer connected to the network, where the page resides), or on the client (the user’s computer). A database query, for example, carries out on the server, even if the order starts from the client. Well, applets are the opposite: small applications (that is, programs), which the server sends to a user’s browser to run there. They get usually written in the Java language, whose power lies in that you can run on any operating system.

Applets are responsible for effects seen on web pages, animations (although not always that there is animation is due to an applet). Once they do their task, they do not remain resident in the user’s memory (like regular programs), but disappear.

Many people believe that the name comes from the Apple brand, but there is only a casual confluence there. In origin, it is a diminutive of application through the reduction to appl- and the union of the suffix -et.

Unlike a program, an applet cannot run independently. It provides graphical information and sometimes interacts with the user, typically it is sessionless and has limited security privileges. An applet typically performs a particular function that we cannot use independently.

Common examples of applets are Java applets and Flash animations. Java applet is a small program that is used in an HTML page and represented by a small graphic screen inside it. Another example is the Windows Media Player used to view embedded video files in browsers like [Internet Explorer]. Other plugins allow displaying 3D models that work with an applet.

The difference between a JAVA application and an applet lies in its execution. The JVM (Java Virtual Machine) loads a JAVA application. However, an applet can load and run from any browser that supports JAVA (Netscape, Mozilla Firefox, Google Chrome, etc.).

Also read: What is a Barcode? – Definition, Function and Advantages

What is an Affiliate? - Definition, Benefits, Obligations, And More

What is HHD (Hybrid Hard Drives)? Definition, Advantages and More

What is Insider Threat? – Definition, Protection Against them and More