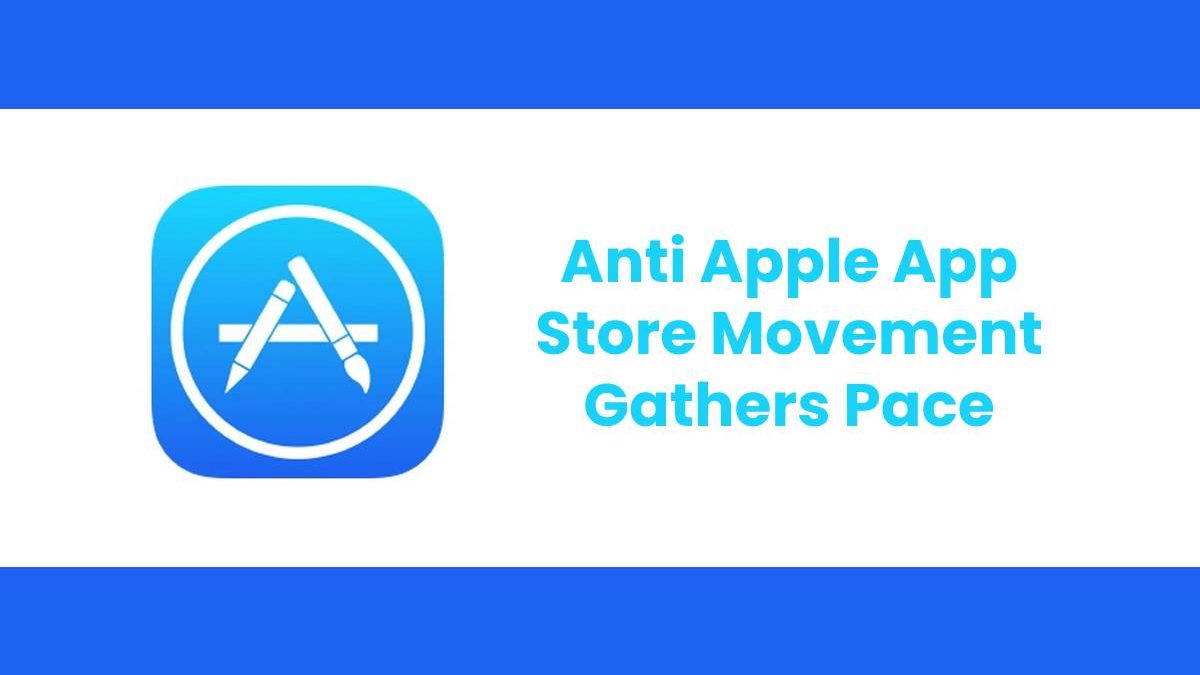 When Epic Games and Apple came to loggerheads about Apple’s app store policies a little over two months ago, few people could have predicted how far the argument would go. What started as a disagreement about whether Apple is entitled to a slice of payments that ‘Fortnite’ players made for features within the game has turned into a much wider debate about whether Apple’s App Store policies are fair or ethical. Now, there are far more companies involved in that debate than just the world-conquering video game developer. There is mounting pressure on Apple – and that pressure may conceivably result in a sea change when it comes to how their App Store works – and possibly even how phone-specific app stores function in general.

The crux of the debate is this: when anyone purchases anything through Apple’s App Store, Apple takes a 30% cut of that payment. That doesn’t just cover payment for the app being purchased; it also covers additional payments made through the app. If a video game player wants to buy ‘downloadable content,’ Apple takes a further thirty percent of the money that would otherwise have gone to the developers of the game. Epic Games has long believed that this is unfair and has accused Apple of holding developers to ransom. Anybody who isn’t compliant with Apple’s terms faces being kicked off the App Store altogether, and that’s the fate that befell ‘Fortnite’ in August. Epic has responded to that removal by taking cheap shots at Apple within the ‘Fortnite’ game, but they’ve now moved beyond that and helped to create a more formal type of resistance. You can also check https://theinternetslots.com/au/online-casinos-real-money/

Apple’s approach to running its App Store might best be compared to the way that casino companies operate with online slots websites. Log into any of the higher-end online slots websites, and you’ll find a collection of several hundred UK slots made by dozens of different providers. Whenever a customer places a bet on one of those online slots, the company that hosts the website takes a cut. If the developer doesn’t like the size of the cut that the online slots website takes, there are many other online slots websites out there that they could go to instead. As a rule of thumb, the online slots website that offers the best terms hosts all of the best and most popular games. The crucial difference between that setup and what Apple has done is that developers don’t have anywhere else to go. If you want to make an app available on any device that runs iOS, be that an iPhone or an iPad, you have to adhere to Apple’s App Store policies. When Epic came up with a new in-game payments system for ‘Fortnite’ that circumvented Apple’s mechanisms, the tech company responded by kicking them off the store.

If Apple was hoping that Epic would eventually calm down and come back to the negotiating table, they were badly mistaken. Instead of seeking reconciliation, Epic has gone looking for allies, and it’s found some powerful ones. Microsoft has already lent tacit support to Apple, but several big-name brands have gone beyond that to join Epic in forming the “Coalition for App Fairness,” which is a new pressure group that has the stated aim of “creating a level playing field” and “giving people freedom of choice” when it comes to how apps are installed on their devices, and who gets paid when said apps are installed. Spotify, Tile, Deezer, and Blix have come on board with Epic as founder members of the group, but the Coalition has issued an open invite to smaller businesses to come on board and take Apple on as a group. This debate isn’t going away. Much to Apple’s chagrin, it’s likely to get even bigger in the months to come.

While the thorny issue of the 30% fee is the central thrust of the Coalition’s complaints, there’s more to the movement than just the financial side of the matter. Apple also stands accused of manipulating the App Store system to favor its own products over those from rival companies, thus creating marketplace distortion and engaging in anti-competitive practices. This is not a new complaint. Spotify has taken Apple to court in Europe for what it believes to be a series of antitrust practices, and the outcome of those court cases is yet to be determined. Blix has outright accused Apple of stealing one of its products and then kicking Blix off the App Store without justification. Representatives from Tile have spoken in Congress in the United States of America and claimed that Apple has attempted to make Tile’s product unusable on iOS while simultaneously promoting its own Tile alternative. This, too, might result in a court case.

Apple isn’t the only company to be named by the Coalition for App Fairness. The terms and conditions of Google’s Play Store are also contested, but that argument is believed to hold less weight because Google doesn’t insist on apps being installed on Android devices exclusively via its preferred method. Mobile phone manufacturers are free to include their own ‘app store’ equivalents on their phones, and apps may also be downloaded through websites.

As a pressure group, the Coalition’s first act has been to produce its own ‘code of conduct’ for app store service providers to abide by, and to formally request that Apple adopts it. That seems unlikely. The code of conduct would require the company to end the practice of making the App Store exclusive, and to share technical information with developers on an open and equal basis. There’s also a section about ‘unfair and discriminatory fees and revenue shares,’ which is an outright accusation that Apple charges too much for access to the store, and takes payments that it ought not to be entitled to.

It seems extremely unlikely that Apple will sign up to a voluntary code of conduct that will cost the company vast amounts of money to adhere to, and the Coalition has no means of enforcing the code of conduct upon Apple. However, what the group can do is pool resources to campaign against Apple in a very public and high-profile manner, perhaps eventually turning the court of public opinion against the public. Ultimately, the formation of the group could lead to the filing of further lawsuits – and that means this battle will drag on for many more months.

Why Do We Need Traffic Control Services

How Can Marketers Utilize Web Scraping for Brand Growth

Things To Know About Smartguns