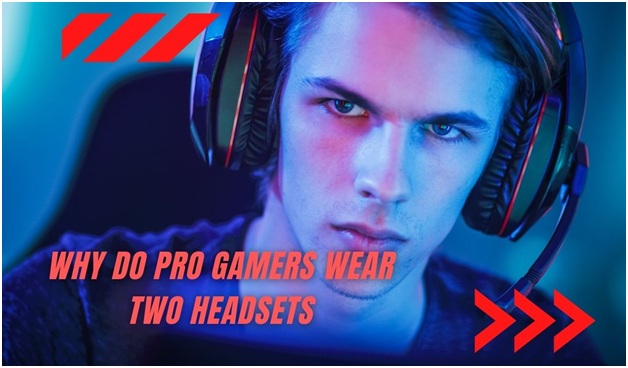 Nearly 435.9 million people watched esports broadcasted live via Twitch or YouTube in 2020. And the number is estimated to grow to 474 million in 2021.

These crazy numbers tell you how popular pro gaming is worldwide.

And as millions of fans pour their hearts into seeing their favorite players defeating their opponents in the virtual match, it is natural that they have a lot of questions about why they do the things they do during a live match.

One of such questions is this: Why do pro gamers wear two gaming headsets instead of one?

Let’s find the answer to this popular query here. But first: 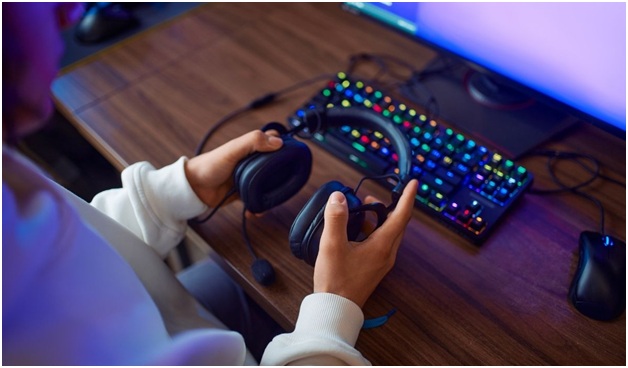 Pro gamers wear gaming headsets for plenty of good reasons. With correct EQ adjustments, they help to hear your opponents’ footsteps better and easily communicate with your teammates during Multiplayer games.

You can adjust the bass and treble as per your preference and accurately listen to vital audio cues to stay ahead of the game.

Plus, well-fitting ear-cups with memory foam in quality headsets provide just the comfort these pro gamers need to play games for hours.

Add this with noise-cancellation options and better sound quality, letting you immerse in the virtual in-game environment.

Is there any reason why full-time gamers will not wear a quality headset during a high-stakes gaming tournament?

Ok, you understood why professional gamers must wear a gaming headset. It’s part and parcel of their gaming arsenal granting the hearing superpower.

But then, why is it necessary to wear two headphones on top of one another? You must have seen your favorite eSports player during just that in live events. The outer headset uses white noise to block out external sound while the in-ear headphone catches all the in-game sound.

Here are why such arrangements are necessary: 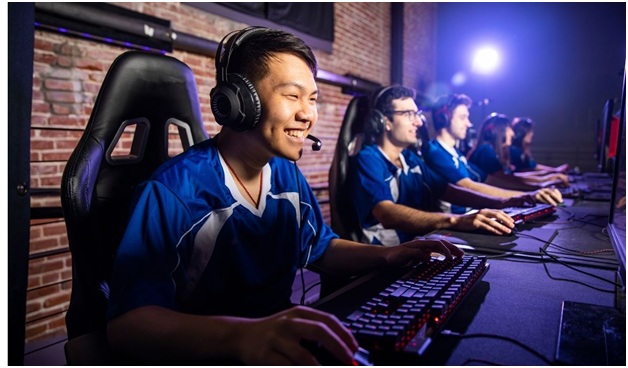 At massive eSports events, noise from spectators and commentators can go deafening. The enthusiasm of the fans and the professionalism of the commentators to keep the event engaging for the live virtual audience all can prevent players from concentrating on their game properly.

In multiplayer shooting games like PUBG and CSGO, the opponent’s faintest sound can be the difference between victory and defeat.

So, to ensure 100% success, your favorite players use superimposed headphones to listen to the in-game sound as clearly as possible.

As I told you earlier, the in-ear headphones transmit all the in-game audio cues and the team members’ voices. At the same time, the outer headset cancels all the chaos going around outside.

To Avoid Information Advantage as Per the Rules

Now, this one is interesting, especially for gaming fans like you and me. As you already may have seen, commentary on live eSport events is much more detailed and complicated than traditional sports like football.

The commentator has a tough job explaining all the details of the game in real-time. This includes the characters appearing in the setup, the players’ skills, and their usual strategies to make the event enjoyable, even for a non-gamer music lover like your grandpa!

The exact details that make us stay glued to the screen can provide an unfair advantage to the players against their opponents. Commentators often detail the strategic positioning and the next move of your opponent’s team movements which is too sensitive to know, especially in such a high-stakes match. 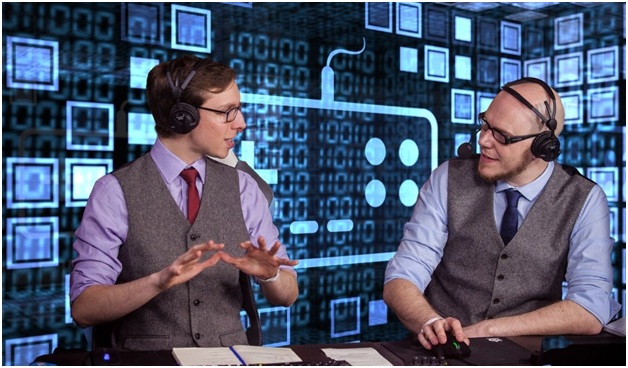 One solution can be: Commentators only detail the available information for the players to see without giving them an unfair edge. But that would make the event boring for the viewers.

This will reduce the viewership and the revenue of such high-stakes eSport matches which is not an option.

So, we come up with what the players are bound to do as per the rulebook: Wear an outer headset so that you can’t hear any external sound, whether the commentator’s voice or anything else.

And this is not any rule which can be broken like wearing a mask in public places (you should never do that anyway!). If a player doesn’t wear an outer headset, the game of the player or the whole team can be disqualified.

It’s that serious. If a player intentionally listens to the outer environment to gain an unfair info advantage, that’s cheating in plain terms.

Which can leave a dark spot in your entire eSports career!

To Avoid Distracting Lights and Noise from The Staff 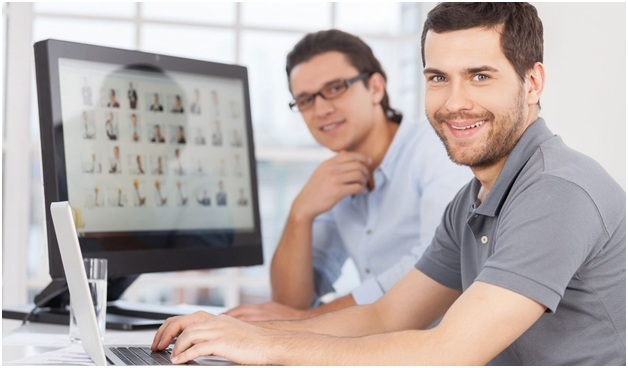 Often, we forget the technical staff, which makes any live event just that engaging and entertaining way we love. And eSports is no exception.

There is a camera crew, moderators, and a whole army of trained staff that acts as unsung heroes of a successful gaming event.

But for players, the bright lights filling the stage to illuminate the players can distract them from making their next move against the opponent.

Then there are light shifts before and after the game to highlight different players participating in the event. Even the sounds of keys smashed during the game can be a distraction.

And wearing two headsets can help avoid these so that all players can do their best and give whatever they have to win.

So, avoiding noise and distractions and abiding by the rules are the main reasons why eSport legends wear two headsets. But then:

How Do They Hear Each Other Wearing Two Headphones?

Well, first, recall what I said in the beginning. It’s not two headphones: There is one outer headset and one in-ear headphone.

Due to the loudness of the event, headset mics are set to the push-to-talk option. This means players have to press a button to activate their mic to talk with their teammates.

The mic can also capture external sound during such short activations, which the outer headset should block. This is allowed as long as the players do not use the info bits which the commentators may have uttered.
Ok, but what about indoor gameplay?

Do Pro Gamers Have to Wear Two Headphones Even While Playing at Home? 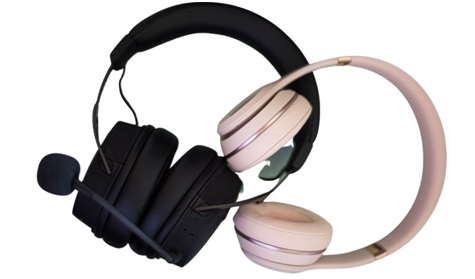 No one likes an extra weight on your head. This applied to your favorite pro gamers as well. There is no noise of fans or spectators in indoor settings, so there is no reason to put two headphones on top of one another.

In such an indoor environment, pro gamers usually wear a gaming headset to block out minimal external noise which can exist in your room, like the sound of a fan or the voice of your grandpa saying “I love you” to his beloved for the 69th time.

In-ear headphones are less comfortable to wear, so; most players avoid them.

I am sure that all your doubts on the two-headset use aspect are solved in this short guide.

Remember, just like any other game, pro gaming is challenging and needs the same effort and passion as any other traditional game.

And why talk about games only? Any lucrative career is hard to achieve and needs your dedication and passion for getting through.

So, if you don’t just want to adore your favorite players, take some action and show your worth in video gaming through practice!

Also, share your feedback on how this article helped you right below.

What is a PDF Merger and Is It Safe to Use?

Is Avast Cleanup Premium Any Good?