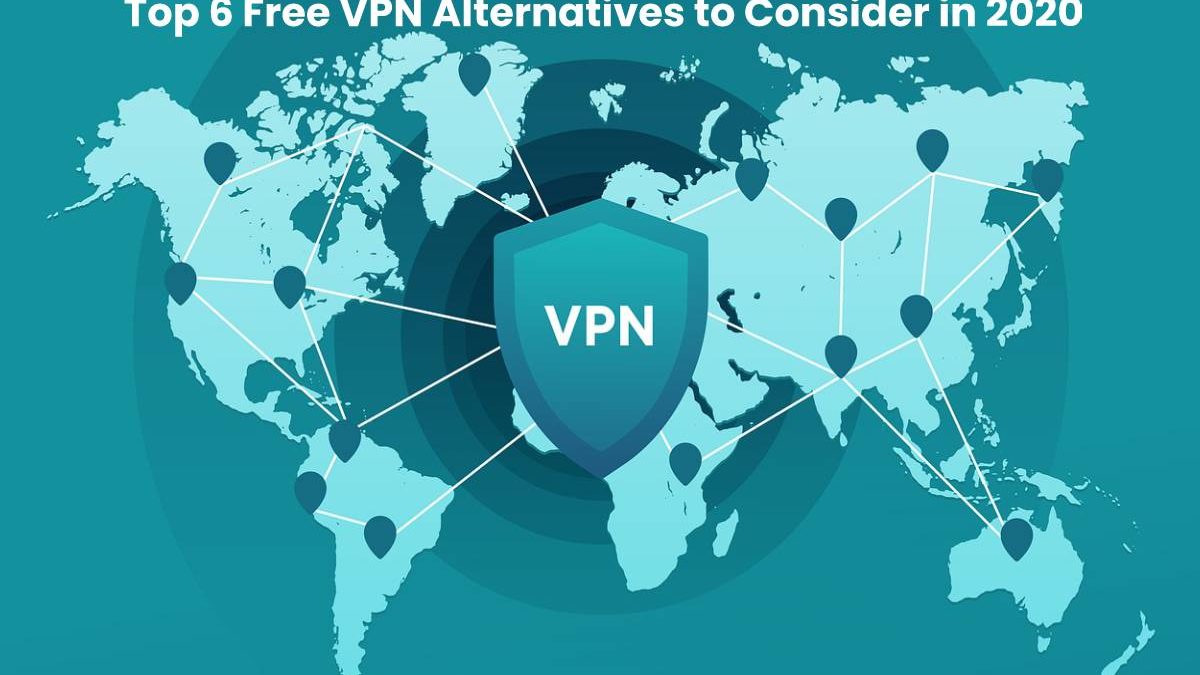 If you have any desire to protect your anonymity online- and really, who doesn’t?- you have heard the term “VPN”. You have probably seriously looked into them and tried to choose the best, and that can be a challenge in itself. It gets even harder if you start hearing rumors that VPNs are not completely secure, or that the free VPNs may not protect you as much as you wish.

Whether you are looking for a solution to use instead of a VPN or in addition to a VPN, there are some free VPN alternatives that are worth a look. The following are six great options, though you can find even more online. Each of these can do a great deal to protect you on their own. If you use them in addition to a VPN, your level of protection will increase.

Tor, or The Onion Router, literally takes apart your request- such as a search term- and encrypts it into many tiny pieces. Each individual piece is then decrypted and analyzed separately, the meshed back together at the end. This basically leaves the full activity only visible at the very beginning and the very end. The “middle zone” cannot see the activity as it has all been dissected separately. Only the user sees what they request and the answer to that request.

Tor can also be used in addition to a VPN. A VPN does not hide the fact that you are using the TOR network, but that does not keep it from protecting your privacy. You connect to your VPN, then to the Tor network or the other way around. Check out the benefits of each here. The two work simultaneously to protect you and cover the other’s potential weak spots.

Silo is a cloud-based browser that isolates itself from your local web environment. It is similar to air-gapped systems that are used for places with state-of-the-art security, such as nuclear power plants. All files are first sent through a virtual security filter prior to being sent to your personal web environment. You can also store your passwords there instead of in your local system, making them much less accessible to hackers.

Trust DNS is another VPN alternative. It works as a DNS changer, using a free VPN tunnel to let you unblock websites, browse the internet privately, and faster than a regular VPN. If you have a SurfShark account, you can access it directly through Trust DNS, and it is really simple to use.

Tails is an open-sourced live operating system that can help protect your anonymity online. It routes through the Tor network, making sure that you are leaving no unwanted trace, though you can give it explicit instructions to show your activity should you want it to. It has very high functioning tools that will encrypt your data- all your files, messages, and emails- and it works through being plugged into a USB drive or as a DVD.

Whonix is another free operating system that routes and relays activity through the Tor network. Additionally, it is routed through multiple virtual settings, leaving the user’s original IP address masked from prying eyes and mass surveillance. It works for all major operating systems, including Linux, OS X, Windows, and Qubes, through virtual machines.

I2P is a network built on top of the internet that covers your tracks by encrypting data through four layers of protection, starting at the beginning and moving all the way to the end. When you send a message, only those with an I2P router build in your network, or “tunnel”, can decrypt your message. You have the ability to set up your own tunnel of people to communicate with. While it mostly deals with sending encrypted messages, I2P users have streaming access available, as well.

There are plenty of people and organizations out there that try to hack into your data, and they have no qualms about doing so. Unfortunately, we never know what plans they may have for that data. It may simply be to be nosy, to watch for potential threats to the country, or to steal your identity.

The truth is that it is nearly impossible to keep a skilled and determined hacker out of your digital information. Fortunately, there are plenty of free ways to make it difficult enough that they just might move onto someone who is not protected. Check out the options above to learn how to protect yourself with free VPN alternatives.

What is Circuit Switching? - Definition, Phases and More

What is OpenFlow? - Definition, Advantages, and More

How IT Support playing a Crucial Role in Growing Businesses in UK?