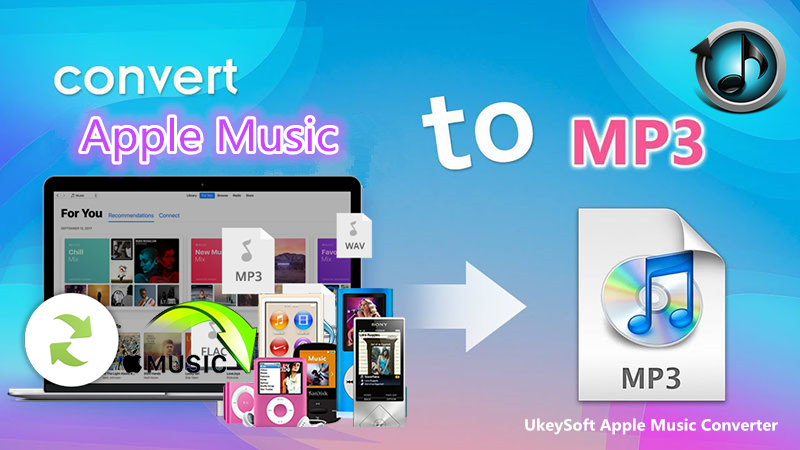 If you prefer to listen to streaming songs on MP3 player and keep Apple Music songs completely, the UkeySoft Apple Music Converter is what you are looking for. 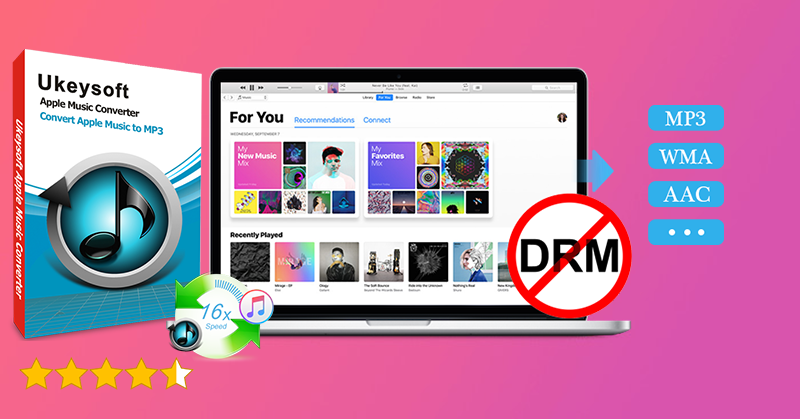 Converting Apple Music, iTunes songs and Audiobooks to MP3 on a Mac or Windows computer is now much easier with UkeySoft Apple Music Converter. If you want to play Apple Music songs and AAX/AA audiobooks on iPod Nano/Shuffle/Classic, PSP, Xbox, Android devices or other devices, and more, I have a solution.

UkeySoft Apple Music Converter is the most popular Apple Music DRM removal and Apple Music to MP3 converter to remove DRM from Apple Music and convert Apple Music songs to MP3on your Mac or Windows computer. And also, it can convert Apple Music and Audiobooks to WAV, AAC, AC3, AIFF, AU, FLAC, M4A, M4R, and MKA format, as well as extracting audio from iTunes M4V movies, TV shows and music videos. The latest V.6.8.6 version of UkeySoft Apple Music Converter(Mac) works with the new Apple Music app and macOS Catalina, making it your favorite streaming music conversion tool for Mac computer and it’s capable for new macOS 10.15 on my MacBook Pro. In addition, the Windows version compatible with Windows 7, 8, 8.1, 10 (32-bit & 64-bit). Whether Windows or Mac version, the trial version allow users convert the first three minutes of each audio files.

The main reason why I love UkeySoft Apple Music Converter is the fact that it includes all the features you’ll need to convert your favorite Apple Music songs and Audible AAX/AA files, and iTunes-like UI, it will syncs all your Apple Music tracks and playlists automatically, no need to download them firstly. I will talk about its user interface and ease of use later in the article, but first, we will dive to see what are the key features that the software offers us: 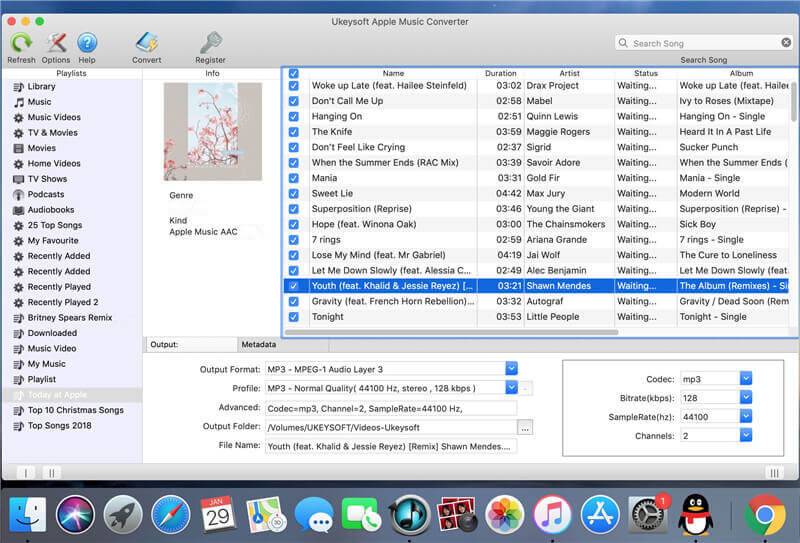 Before writing this review article, we have tested this UkeySoft Apple Music Converter, version 6.6.7 on a Windows 10 PC more that 10 times, we also tried to use this converter to convert 50+ Apple Music files in batch, the conversion speed is very fast and the output DRM-free MP3 with 100% original quality. However, we can say with confidence that you can expect the same set of features on MacOS as well. 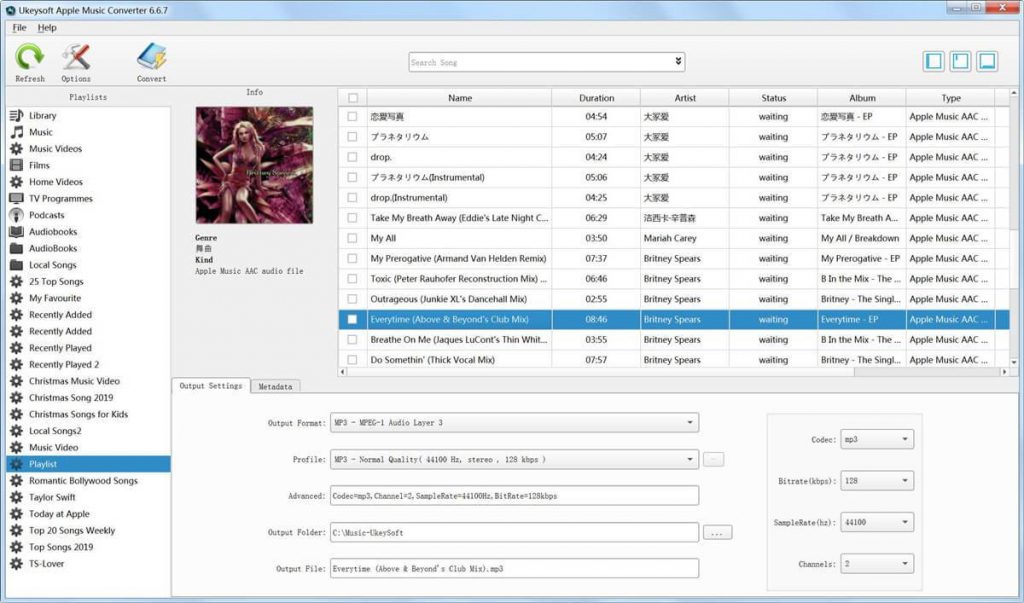 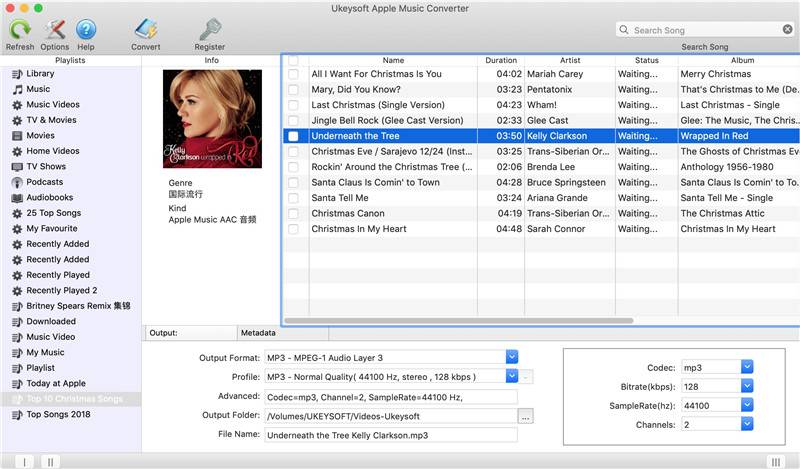 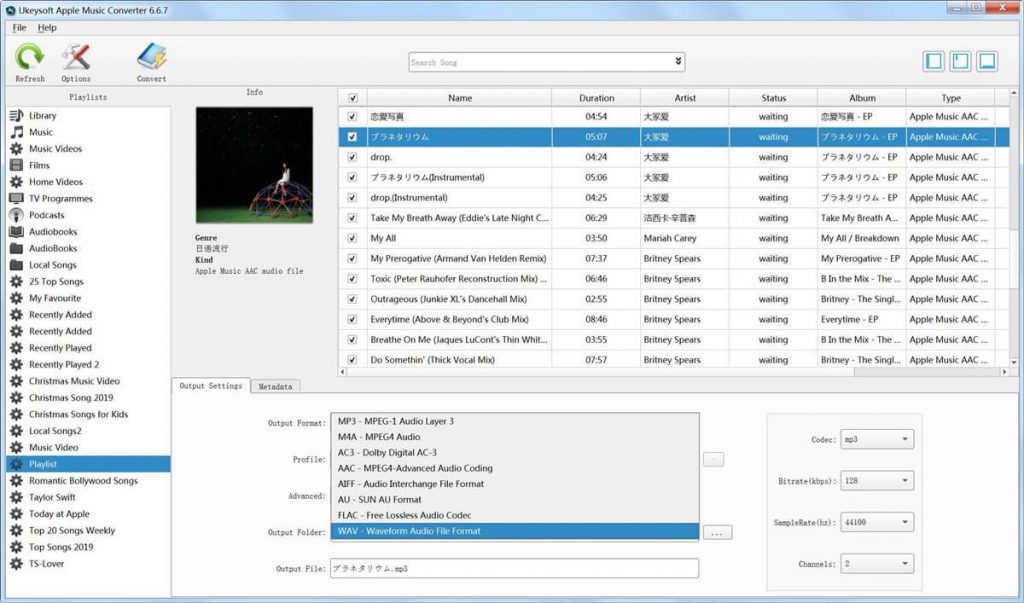 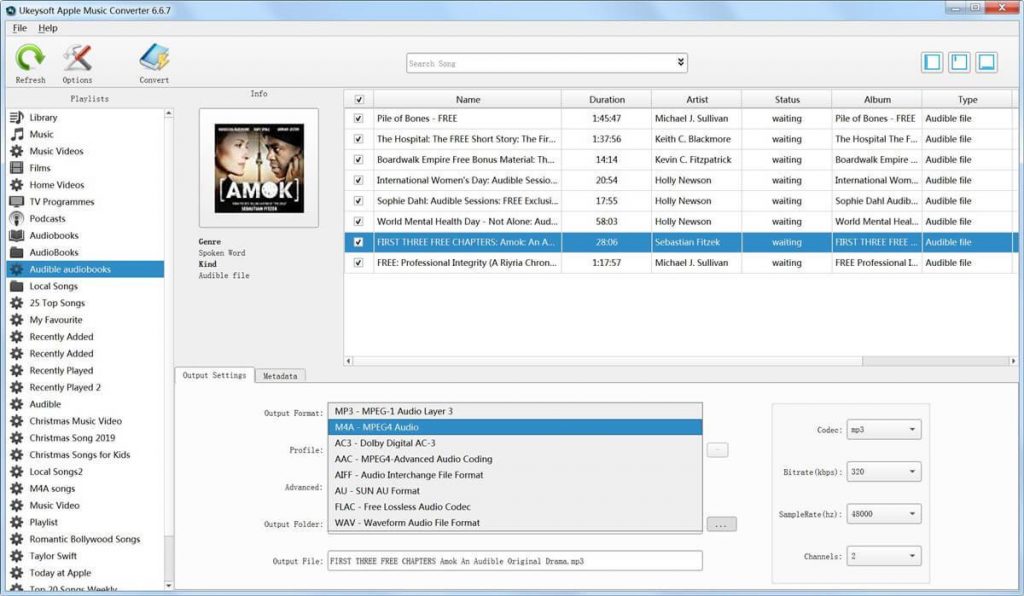 Unlike other audio recording and streaming music recorder in market. When you convert Apple Music tracks with UkeySoft, it will read and save music metadata such as song title, artist, album, artwork, track number, genre, etc.. In addition, if you convert Audiobooks to M4A format, it also keep the Audiobook chapter information to the M4A output files. 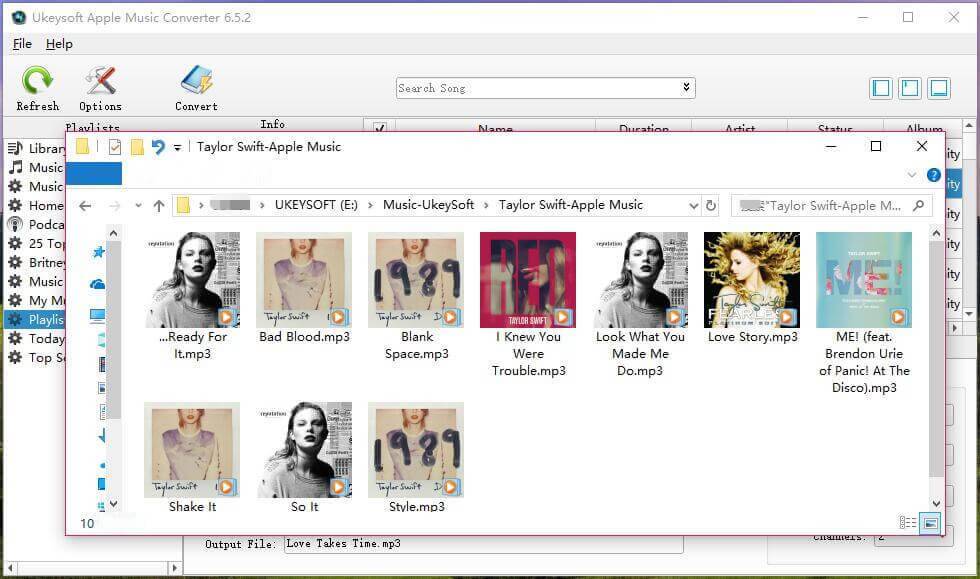 If you want to convert a few songs and audios, the most care about thing is that it’s conversion speed and output quality. Especially, you want to save your precious time to convert a lot of songs in batches. Don’t worry, UkeySoft Apple Music Converter allows you to convert as many Apple Music songs as you like in batch, and keeping 100% original quality. 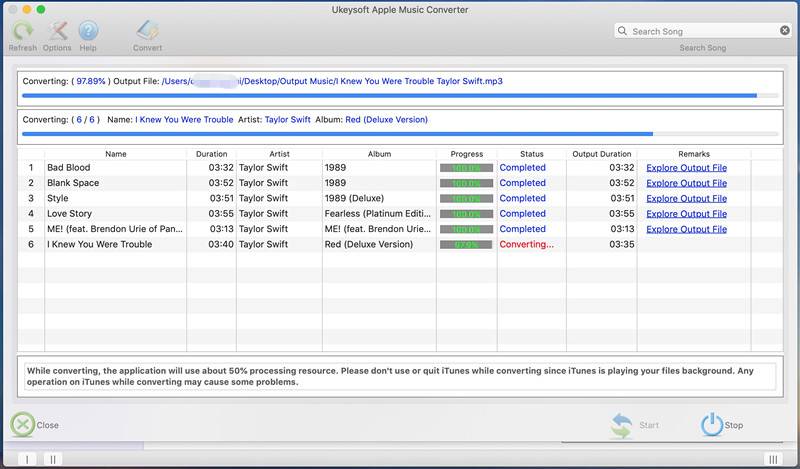 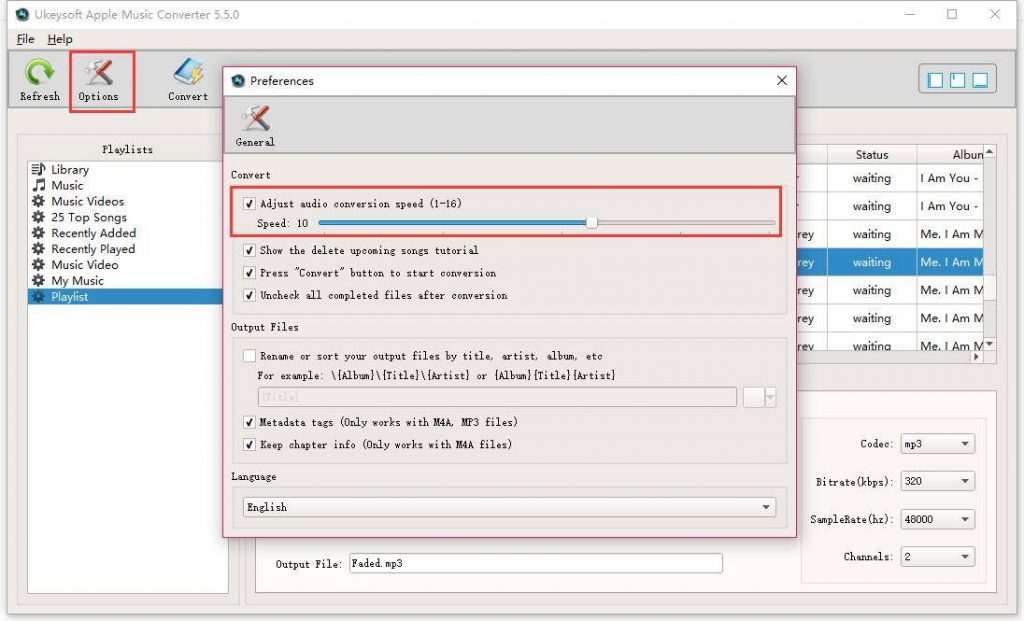 In addition, UkeySoft offers multilingual interface, including English，简体中文，繁體中文，Français, 日本語，Españo and Deutsch. So, you don’t worry about how to use it.

By the end of this article, you will know what to expect from Apple Music Converter and whether it’s worth to pay. The price is only $39.95 and free trial available. In my opinion, practice is the sole criterion for testing truth, if you want to listen to Apple Music on any MP3 player or keep Apple Music tracks forever, you should free download UkeySoft Apple Music Converter and have a try. If you think it is useful after free trialing, please buy one without hesitation, just one-off purchases to keep your favorite Apple Music songs forever.

What is Digital Analytics? - Definition, Purpose, And More

What is Autonomous Vehicle? - Definition, Technology, Levels And More

The Best Computer Glasses for Long Screen Use