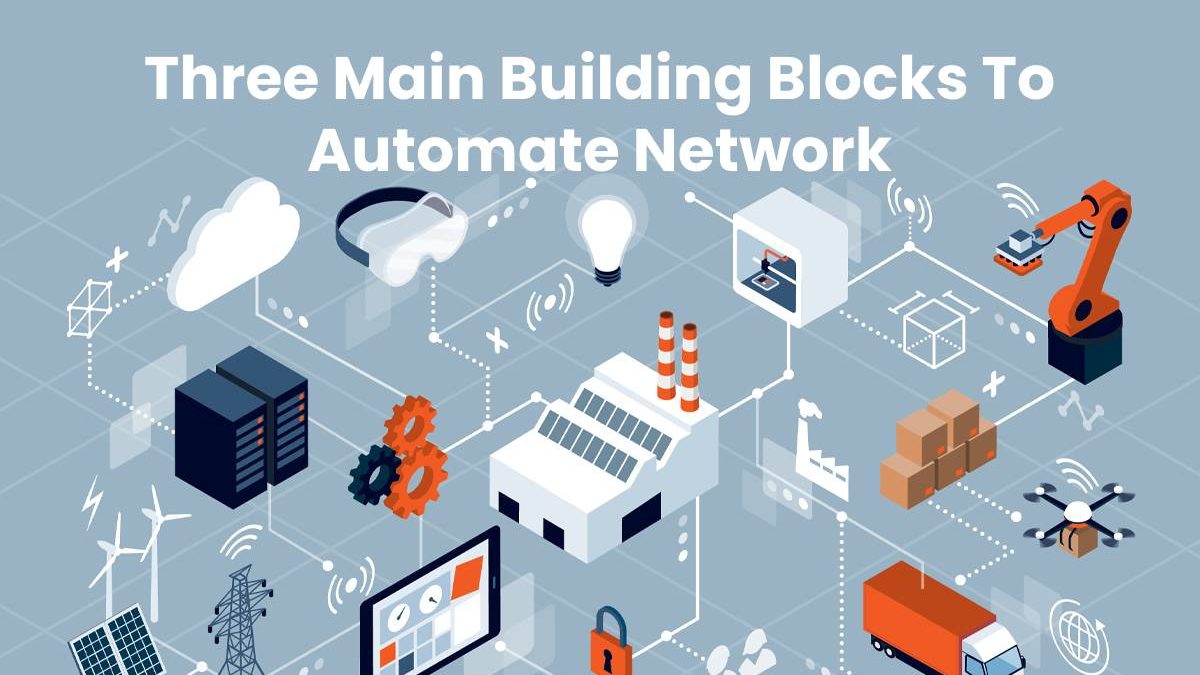 In order to deploy new application services and troubleshoot network issues in a digital business environment, systems and people must be agile. Network automation is a critical component of agility. The concept of automation may appear simple; you use tools or scripts to execute manual tasks and workflows to eliminate delays, allowing for more agile delivery. This can be exhausting. What should be automated first, second, third, and so on? We offer some simple steps toward network automation to make the process less intimidating.

If your company operates in an industry where your network must be operational nearly 24 hours a day, automating configuration changes to your firewalls may result in downtime if the automation scripts use incorrect commands or logic. As a result, when beginning with Network Automation, we recommend automating tasks with a low level of complexity and then expanding your automation from there. For example, if a process requires a certain number of steps and you can quickly automate a portion of the process, the automated section can serve as the foundation upon which to build to reduce the risk of automating tasks with higher levels of complexity.

Automation is best accepted by starting with simple tasks. Started by building some simple scripts that perform basic, read-only troubleshooting or network analysis, such as tracking down a media access control address or finding the root bridge in a spanning tree domain. You should mechanize investigative or diagnostic tasks that are often used and that consume the most time. Don’t make any automatic changes at this stage; focus instead on learning the automation tools that deliver real value to network operations.

Network automation must follow the same procedure as application development: extensive testing. Application developers can quickly spin up server virtual machines and client testing VMs and run extensive tests automatically. In contrast, network testing has historically been a problem due to the high cost and time required to set up test labs.

The use of building blocks reduces the number of variations that must be tested. Virtual instances of many device types are also available from vendors, often for little or no cost, but with limited performance. As a result, it is critical to validate configuration changes on these devices.

To create a test environment that accurately reflects the operational network, the network team may need to collaborate with the rest of IT. The test environment should ideally include applications and test clients that generate network traffic.

Intent-based networking (IBN) is the latest industry buzz, and you can get started by developing a set of basic network checks. Verifying the state of the network is an excellent way to reduce automation risks. Verification is also an excellent tool for ensuring that your network is operating as intended, even before implementing automated change.

Consider the network state to ensure that your network is connected and functioning properly. This includes device interface state, address assignment, neighbouring devices, and information about Layer 2 and Layer 3 protocols. You are not making any changes to the network during this phase. When a check fails, the intent-based validation script should generate an alert, allowing teams to take appropriate action.

The most important concept in any network transition process is to implement risk-reduction processes. Change control boards and review cycles are used in manual changes, and these processes will continue to be used. However, automation will introduce new processes, such as pre- and post-change automated validation.

If you’re just starting out with automation, stick to read-only tasks that won’t disrupt the network. Most importantly, begin automating your network right away.

Human errors, the most common cause of network performance degradation and downtime, are reduced by automation, making automated networks more reliable. Automation can also be used by service providers and large enterprises to reduce time to market, improve customer experiences, and meet growing scalability demands through simplified network operations. As a result, network efficiency, uptime, and consistency are improved across the board.

4 Call Center Metrics You Should Track To Improve Performance

Why, when, and when not to hire offshore developers?

5 Cybersecurity Risks Every Organization Needs to Prepare For 2020