Home > Technology > The Development Of AI In Video Games 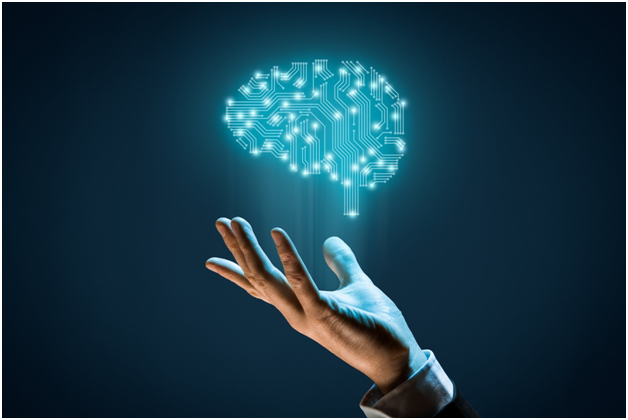 The Development Of AI In Video Games

The role of artificial intelligence (AI) in video games has evolved and expanded considerably in recent years. There is increasing complexity and ambition in open-world games that feature hundreds of different characters and several intertwining narrative threads, and it is because of this that developers have had to create systems that can generate characters that are creative, intelligent and reactive in addition to emerging side quests.

Developers have created games in which the villains will actually remember players whothey have fought against on previous occasions, resulting in blood feuds that last the full duration of the game’s story.Other games create full daily routines, life stories and relationships for minor characters. AI is even used in online casinos, including the best Michigan online casinos 2021, to improve customer service, collect data on player’s preferences as well as to tackle cheating and fraudulent activity.

In recent years, AI has increasingly begun to move from experimental laboratories into products and development tools that can actually be played and used.

The history of AI in video games

AI has been a part of video games since the 1950s, when a self-learning checkers game was created by American AI and computer game pioneer Arthur Lee Samuel. In the late 1990s, a reigning world chess champion was beaten by the IBM AI known as Deep Blue, and the technology has only continued to develop from that point.

Of course, AI in video games is not being developed for the purpose of defeating humans but in order to create user experiences that are superior and increasingly unique.

AI has already become part of everyday life, with the likes of image recognition on Facebook, the personalized video streaming service offered by Netflix, shopping recommendations from Amazon, and the Apple software Siri.

In terms of video games, AI has been made use of in series such as Far Cry and Call of Duty as well as many others. The latter game makes use of one of the greatest AI bot behaviors, with the algorithm allowing every one of the game’s bots to make use of different tactics such as camping, drop-shooting, gunning, jump-shooting, knifing and running.

Being able to control the behavior of non-player characters (NPCs) is one of the best uses of this technology. Games that do not feature AI can become very boring as their predictability makes them easy for players to beat. Video games are much more fun when players are competing with NPCs that can behave in surprising and unpredictable ways.

AI game design companies can create games in which the antagonists can analyze their environment and work out how to survive or what they need to do to pre-empt your own strategies, increasing the likelihood that they will win the game. They can even learn from their own actions, recognize patterns and sounds, communicate with one another, maneuver in new ways and take cover. The result is games that players will be able to enjoy for countless hours without becoming predictable or dull.

AI is also made use of within strategy games that take place in real time for the purpose of pathfinding, which allows NPCs to become skilled at moving to different places on a map by analyzing the terrain and any obstacles they may encounter. AI gives adversaries the ability to navigate safely through dynamic environments without bumping into others, while also allowing for group navigation by enabling collaboration between NPCs.

AI can potentially enormously improve the visual quality of games and make them look much more natural and realistic than was previously the case. Characters and the environment in which the game takes place can emulate the real world via deep learning and the use of algorithms that are able to make sense of the massive increase in game data.

Video games also appear to be more realistic when NPCs behave in a manner more reminiscent of actual human beings, be it in the way that they move and run and walk or how they make decisions and express themselves.

AI can also give the entire gaming experience a massive overhaul by customizing scenarios in real time. One good example of this is in the EA Sports gameFIFA, which allows players to choose players for each team position, with AI that will automatically determine the chemistry between those players and make it more likely that the team will perform well.

The AI also makes the game a lot more interactive by offering boosts to the playing experience, encouraging fans to cheer more for your team if the game is not going well in order to lift morale and inspire a better performance from team members.

Another major benefit of AI video games comes with player modeling, which offers personalized experiences to players in regard to their expertise level within real time. Newcomers will get to play the game in easy mode to begin with to avoid exasperation and frustration, but the game will be made more difficult for experienced players to ensure that they do not get bored due to it being too easy. This is used by a number of games, including Crash Bandicoot.

Game AI also allows gesture recognition to determine the intent of the player, allowing player communication and interaction with the game without the need for mechanical devices.

Self-learning AI has led to major advances in technologies, such as self-driving motor vehicles, natural language processing and computer vision. However, it has been slow to be adopted into the development of commercial video games even despite the fact that some of these advances have been made partly because of software that has been improved by playing video games.

Review The Development Of AI In Video Games. Cancel reply

How Technology Is Changing How We Treat Security Seals

How call centers are being modified using Artificial Intelligence

What Does CTA Stand for in Marketing?

What VPN To Use For Roobet