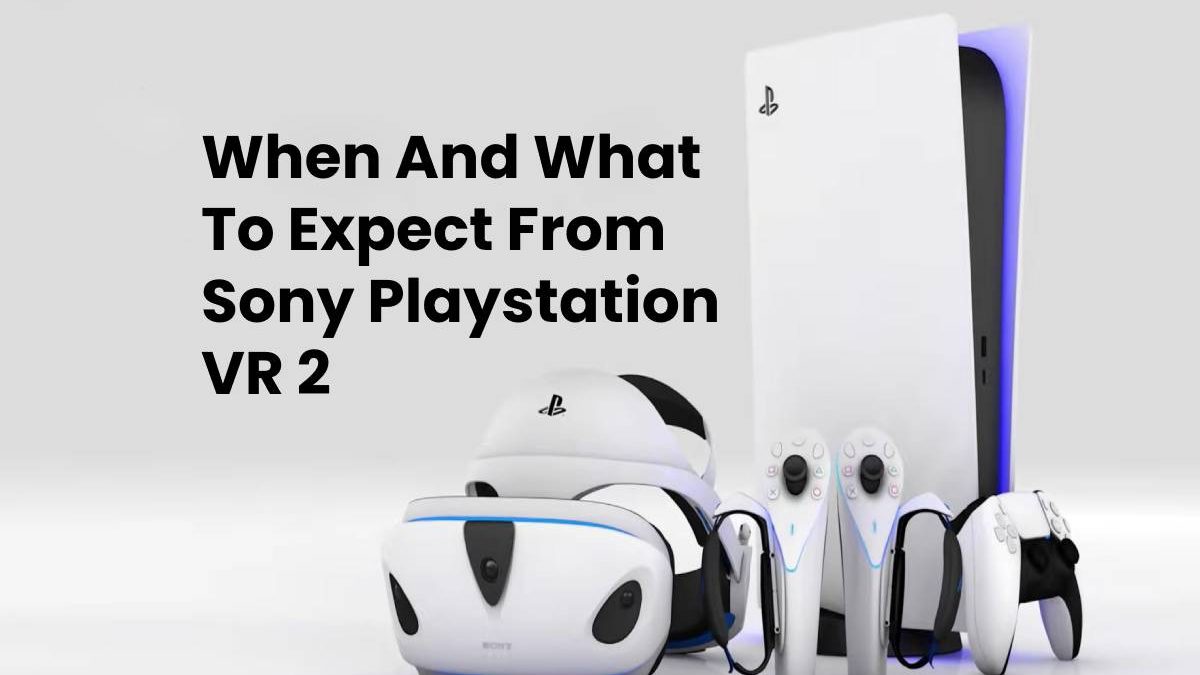 When And What To Expect From Sony Playstation VR 2

The Virtual Reality Market has been booming lately and is expected to grow further. The interactive computer-generated experience of the VR industry has seen a tremendous rise in popularity due to the Covid-19 pandemic that forced people to remain home most of the time. The largest size of the VR market is held by North America to be followed by Asia-Pacific. However, virtual reality products are shipped globally almost in every corner of the world. It is unnecessary to go into details about why people go crazy over virtual reality in general, but we do need to talk about the fuzz around the new virtual reality headset VR 2 soon to be released by Sony for PlayStation 5.

The Next Gen features of Sony PS VR 2

Playstation network comprises more than a hundred million active users monthly. The very first PSVR that Sony released in 2016 has recorded five million units in sales according to the Forbes PSVR review. But the users can’t wait to get their hands on the ultra-modern, sophisticated, and highly functional release of VR 2, which unfortunately is not coming in 2021. The new VR headset will feature a larger field of view at stunning 110-degree along with significantly boosted HDR support and eye-tracking function. Furthermore, the controllers will have a hold detection feature by measuring the distance between the hands of the user and the controller itself. How this updated model will improve the user experience is not fully uncovered yet, but it for sure adds value to the new PSVR.

VR consoles will be getting serious boosts from Sony. They plan to equip the controllers with haptic feedback, adaptive triggers, and finger tracking functionalities. The buttons are not going to remain the same, as well. The changes expected to observe on the new controllers are mainly the additional buttons like “Options” and “Create”. One of the best things is that Sony plans to implement VR support for all of its big titles on PlayStation including Resident Evil 7 and Hitman 3. The expectations are set high for PSVR 2 and probably that is what made Sony strengthen its market leader position especially among the investors who actively look for the best VR stocks to buy with the highest payout opportunities. Even though all of us expected Sony to release its new virtual reality headset in 2021, the launch has been postponed to some point in early 2022.

When will Sony PSVR 2 be released?

At this point, there is no officially approved release date set by Sony. However, there are numerous speculations that claim that the product should not see the market light till the very next year. Given that virtual reality enthusiasts have waited for more than 5 years now to see the new release, Sony will not keep its fans waiting too long. The company plans to announce the launch date early in the beginning of 2022. We expect to observe the device appearing on the market by the end of 2022, however, once again, it is unconfirmed and unofficial information. Furthermore, most of the information that we currently hold about the new PSVR 2 of Sony was leaked unintentionally and the company was not even planning to reveal the new features and functionalities of the device at this early point. The leaks, however, have not influenced the decision of the company to launch its product a year later than most customers expect.

What do we know for sure about PlayStation 5 VR 2?

We definitely know that VR2 is under development currently. Therefore, the features and functionalities that we have listed in the article above are not the only upgrades that the customers might see. We also know that PSVR 2 will be working on PlayStation 5 exclusively. The VR will feature 2000 x 2040 px resolution screens and 110-degree angle view along with HDR support for high-quality visuals. The controllers will be definitely receiving additional sensor detection features in addition to adaptive triggers. One of the most important and probably the favorite additions to VR will be the AAA class games.

The new Sony VR headset will be coming with a DualSense wireless controller as well which is considered to be the best gamepad of Sony. These controllers will look and feel very different from what users are used to on the current original PSVR. They will feature haptic feedback and finger touch detection.

The new PlayStation VR headset will also incorporate the DualSense wireless controller and Sony recently unveiled what the dedicated new PSVR 2 controllers will look like. From what we can tell so far, they appear to be a huge improvement over the PS Move controllers from the original PSVR, with haptic feedback and finger touch detection. Some rumors claim that the new headset will use OLED panels instead of LCD.

Review When And What To Expect From Sony Playstation VR 2. Cancel reply