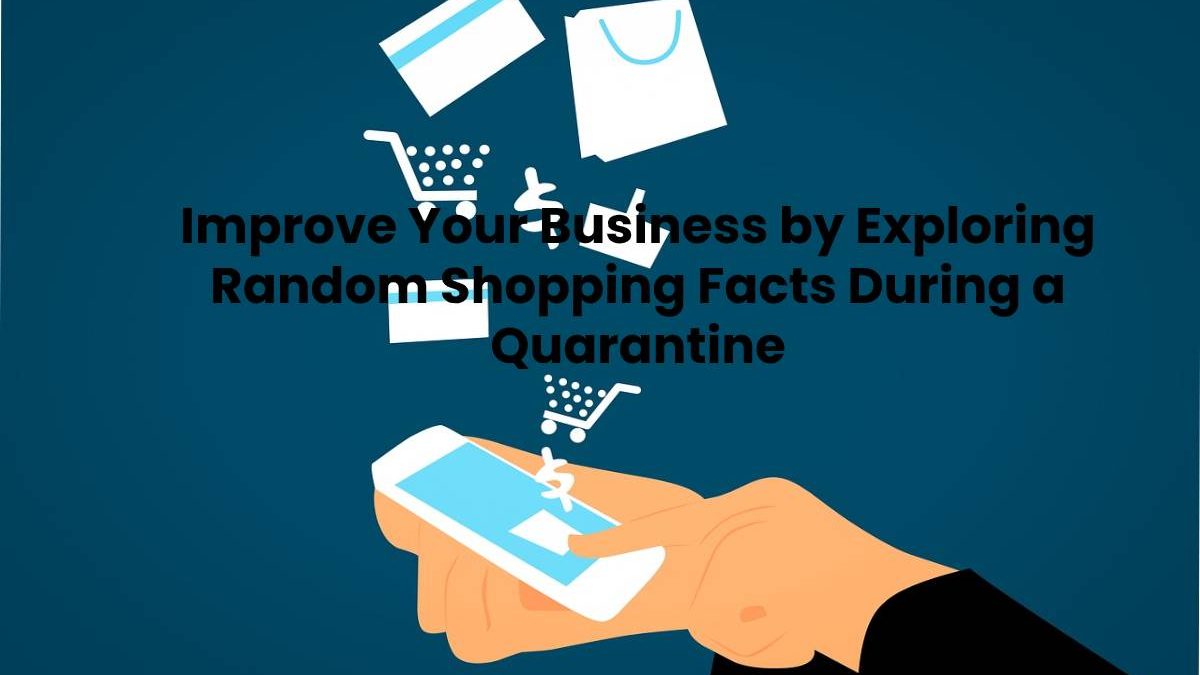 Improve Your Business by Exploring Random Shopping Facts During a Quarantine

Shopping Facts During a Quarantine

Ah, shopping. Who does not like a little retail therapy now and then? Most of us are living in a world where we can shop anywhere, anytime, whenever we want. Even the Internet has afforded us with online shopping, and it’s become one convenience that people like about being connected. In this article, we have listed down ten random shopping facts for you to ruminate upon:

Walmart is the biggest retailer in the world

Walmart, a retail chain based in the US, is considered the biggest retailer in the world. In 2019, it had a turnover of $5.4 billion. It is also the biggest family-owned retail company worldwide, and the Walton family has kept it tight in the last decade. One of the most interesting Walmart facts is that although stocks are publicly traded, the management is still heavily family-owned and led.

There are still barter systems all over the world

With money being the primary form of currency used for shopping, it is shocking to know that there are still barter systems in the world’s remote sites. In some villages in Vanuatu, people still use livestock to buy items. Barter systems have also cropped up with the increased use of social media. One person will post an item he/she wants to barter and will be offered with different items that have the equivalent price of the item he/she was offering. With today’s pandemic situation, a new bartering craze started to emerge in some countries through various social media platforms. Because of the lockdown, people engage more on social media thus opting for easier access to essential items like groceries and medical supplies through bartering.

Shopping is sometimes used to relieve stress, and while most people do it, it’s only recently that science has proven that it increases dopamine levels in the brain. Dopamine is the feel-good hormone. They call it retail therapy for a reason and there are many studies that have backed up on its effectiveness. So when one is shopping, don’t judge them for being extravagant and ludicrous, maybe they’re just letting off steam. If you can afford it, splurge it.

For most people, Cyber Monday is one of the biggest shopping events every year. It falls right after Thanksgiving, and shops all over North America put up crazy sales and discounts. But contrary to popular belief,  Cyber Monday is not the biggest shopping spree in the world. It’s actually Single’s Day, originally called the Bachelor’s Day,  a day in China where people are encouraged to buy gifts for themselves. It signifies pride for being single by binge spending on goods they wouldn’t want others to buy for themselves. The event has caught on with the rest of the world, wherein it is now celebrated throughout Southeast Asia and other European countries. Although not officially a recognized holiday, November 11 has become the biggest day for shopping.

If you’ve ever wondered why sale signs, discount tags, and almost any advertisement that announces a sale has the red color written all over it, it is not just a convention but it is because red entices people to shop more. The major reason red is chosen is that it easily grabs attention and is easier to read from a distance. It is also effective for impulse purchases because it is believed that it signifies urgency and power – the very reason why business owners effectively use it.

Believe it or not, but shoppers that wear high heels make the most balanced purchasing decisions

A study about shopping has shown that people who wear high heels make the most justified purchasing decisions compared to people in flat shoes. The 2013 study from Brigham University found out that one factor that makes high heel-wearers decide better is that they can become uncomfortable easily.

Single people are likely to impulse buy more than married ones

Online shopping is not only convenient; it has become a worldwide phenomenon. Shopping from the comfort of your own home? That sounds like absolute heaven, is it not? And you’re not wasting gas or contributing to carbon emissions, so it should be environmentally-friendly, right? Well, that’s not necessarily the case. A 2016 study has found out that online shopping has more impact on transportation services than originally thought. Since online shopping has been very convenient, some people purchase unplanned stuff that would end up to more deliveries, hence more transport-related carbon emissions.

Barbra Streisand has a mini-mall in her basement

Multi-hyphenate Barbra Streisand is decidedly an icon, but did you know that the actress, singer, and producer has her own outrageous mini-mall in her basement? Instead of just storing her things, the diva has made a street shop to display her collection. While having a freakin mall in her basement is hard to top, she has a gift wrapping center, dollhouse, and an antique shop. Pretty fabulous, huh?

While the retail industry is alive and kicking and is one mover of small economies, more and more big retailers are finding it hard to gain profits because of the many online sellers that are cropping up. Stiff competition makes businesses better, and so this is beneficial for the consumers! It’s a good thing that technology and the internet have made all these accessible and easy without the need for you to go to a physical store. If you’re feeling stressed, how about a little retail therapy? Go, add that item to your cart!

Should you Rent or Buy IT?

The Best Strategies for Local Startups this Year

Why Your Business Could Benefit From Interactive Voice Response (IVR)