Home > Technology > What Are The Main Components In A Decisions Rules Engine? 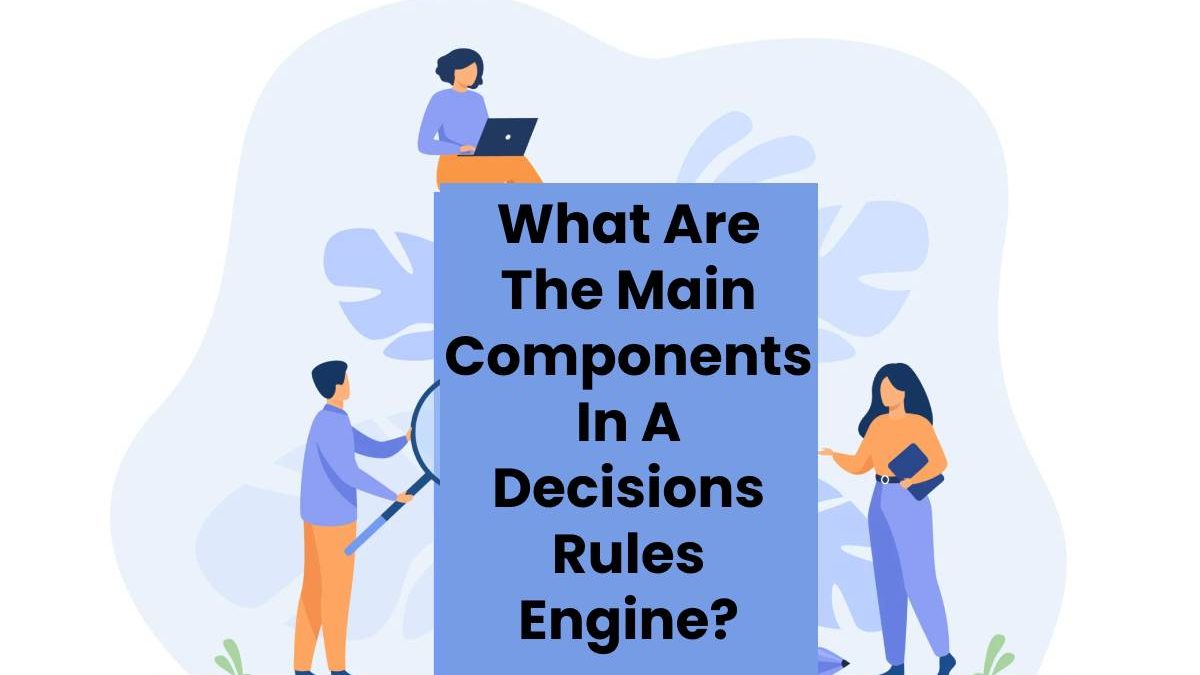 What Are The Main Components In A Decisions Rules Engine?

Decisions are an essential part of business processes, and it’s crucial in any business that these decisions are reached in a foolproof method. A rules engine that’s designed to make decisions can be a great asset to the production of any service or product, as its automatic function is to ensure the core business process follows specific rules as determined by a decision tree, or a decision table. Decisions like this are made within constraints that are often defined by the process, as well as by human interaction with the rules engine. This means that only rarely will a decision table, or a rules engine, ever be fully identical to another. While not all decisions are the same, or require the same inputs and outputs, and while not all engines are created the same way, there are still inherent components that every decisions rules engine will possess.

You can put them in there yourself and some are self-learned, but a rules engine always works based on a set of rules that it has stored somewhere accessible. This knowledge base, the source of the rules, is the backbone of the operation, with every rules engine using these to inform the actual inferences and decisions it makes in any given transaction. As a result, the set of rules can be as loosely or tightly defined as fits your needs; all that needs to be determined will either come from a machine source or a human expert. And in the case of a human expert providing the knowledge, a rules engine will need to find a proper way to store these human-defined rules so that it can access them without regular manual input from the human.

Whether it’s with the user, who needs an answer or supplies input data, or whether it’s with the business process (and its various applications), there needs to be a medium with which the rules engine can interact with the outside world. This is the interface, and while some of it is relatively unseen by the user (like an API) the UI is a part of this, too. There’s more than one type of interface, more than one type of interaction, and more than one type of rules engine. While some solely interact with the digital applications that belong to your business processes, other engines are designed only to interact with users. In many cases, though, there’s a clear combination of inputs and outputs that are exchanged with users and apps alike. The interface is what makes up a rules engine container: it’s the touchstone for anyone getting to know the system, and it’s what comes in contact with every other facet of the decision-making process.

It could be input data, like the process information giving the rules engine cues for its next decision. It could be result data, like a readout that gives a user an answer to the next business process question on the agenda. Whatever it is, though, it’s data. Data is simply information, and although it’s always changing, always a transient part of the rules engine, it’s absolutely crucial. A decision can’t be made without data, and even the relay of a decision is data in itself, whether it’s been communicated to a user or to a computer. Decisions rules engines are nothing without data, much like an extension cord is nothing without electricity, or a propane lamp is nothing without gas. As much as it is an unofficial part of the engine, it’s one of the most central.

It may change in name, in capacity, even in what tools it uses to accomplish the job, but the logic processor, the inference engine, the core of the whole apparatus, is what uses a set of rules to make decisions. It’s the thinker at the core of the rules engine, and it uses predefined logic (the rules) to process input data and to decide an outcome based on the rules provided. The heart of every rules engine is fundamentally the same in its function, because the rules are the crucial differentiation in each specific case. The logic processor belonging to any given rules engine does use various tools to carry out the calculations it makes. In some cases, AI capabilities are necessary to calculate more involved rules, or to make sense of data that’s specific to intelligent skills like natural language processing. Despite the difference in settings, the difference in tools, and the difference in outputs, decisions are decisions, and the function of every logic processor remains specific to this calculation of decisions based on the rules it understands.

It’s important to understand where a rules engine starts, as well as where it ends — and in becoming familiar with the interface of a rules engine, you gain that knowledge more and more. So, too, does becoming familiar with the data and the rules (as well as the relevant storage) make you realize the importance of decision making in any given business process. More than that, though, you must strive to understand the reason for logic and the way it affects and defines the functionality of the rules engine. Though its function seems simple, it’s what users put into it that makes it increasingly complex. But between understanding a rules engine for its importance, its reach, and its functions, you’ll find yourself all the more capable of using one toward your own business’s success.

Review What Are The Main Components In A Decisions Rules Engine?. Cancel reply

Advantages of Online Learning for Students

3 Tips to Prevent Data Breaches in 2020 and Beyond

Is it Still Safe to Send Checks in the Mail?