Home > How To > How To Protect Your Phone? 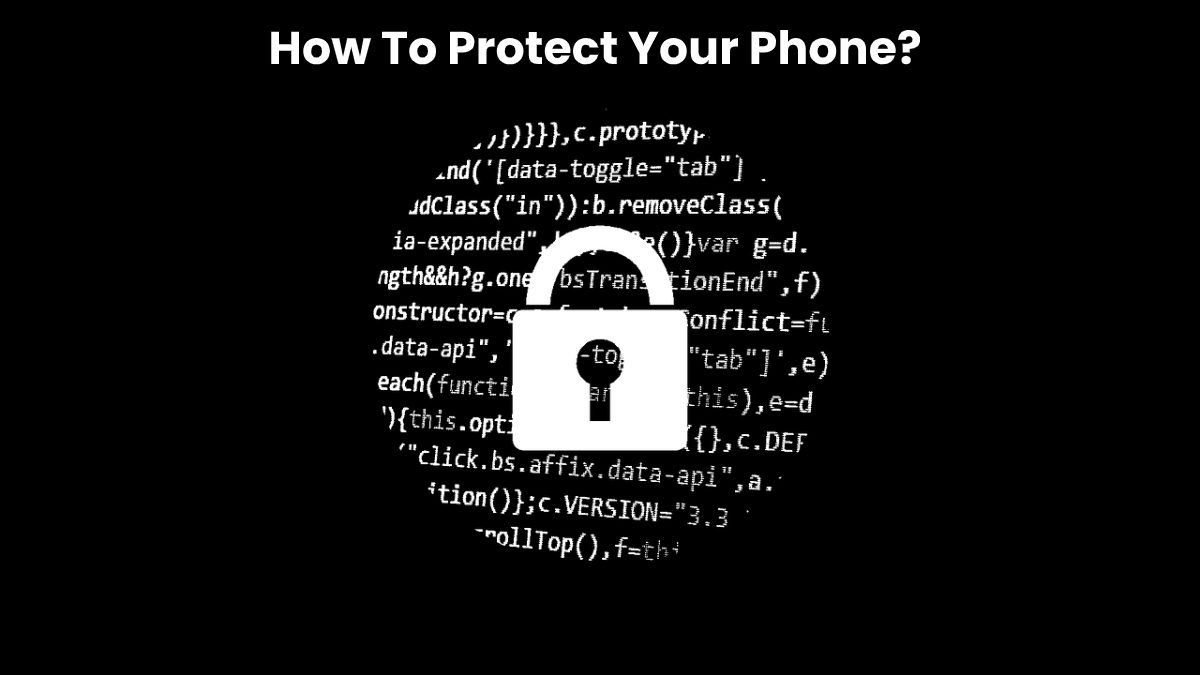 How To Protect Your Phone?

Phone Security: Are you worried that your phone might have been hacked? No worries! We have a simple guide that will help you remove the hacker from your phone and also give you some information about how you keep yourself safe.

Our phones today are filled with our personal information that we can’t let get into someone else’s hands. That is the reason why it is very important that everyone knows how to protect their phones from hackers and spies. Thanks to the open nature of the internet, hackers have access to a lot of information about how they can get into someone’s phone and steal their information or even their identity for nefarious purposes. But the flip side of the situation is that thanks to the same internet, you can finally have the answer to “how to remove a hacker from my phone?”

In this guide, we will go over some basics of phone security and what you can do to identify and remove spy apps that may have been installed on your phone.

How Can I Figure Out Who Hacked My Phone?

This is a tricky question to answer. Pretty much anyone could hack an android phone or even an iPhone without the owner’s knowledge. However, the most common way that phones are hacked these days is by the use of SMS trackers and spy apps. All a hacker needs to do is select the device they want to hack and install a spy app onto that phone.

That said, one step that they would need to complete is to get physical access to your device in order to install such an app on it. So when you’re trying to figure out who could have hacked your phone, you should think about who has had access to your phone in the recent past. Chances are that one of those people might be the hacker.

How Do I Run A Security Scan On My Phone?

Before we move on to how to remove a hacker from your phone, let’s go over something simple; running a security scan. There are many security apps available these days that can scan your phone and let you know if any malicious apps are installed on it. Simply download such an app and run the scan to find out if there are any potential spy apps or GPS trackers installed on your phone. Some phones have such security apps preinstalled on them, so be sure to check them out too.

Spy apps are those that can be installed on a device to track various activities that the user performs on their device. In simple words, this is how to hack a phone. There are many spyware apps out there like Spyzie and mSpy. While the purpose of these apps is to help parents and employers keep an eye on their children and employees respectively, they can also be used to track someone’s phone remotely for negative reasons.

Spy apps help people hack a phone that they want and then run secretly in the background at all times, recording and uploading your private information for the hacker to see. They run secretly so that the user doesn’t find out of their presence.

How Can I Protect Myself?

In order to protect yourself from such spies, you should know how to remove a hacker from your phone. First of all, notice if your phone is behaving strangely. Maybe it restarts by itself, or the screen goes off automatically while you’re using it, or it gets too hot for no reason, or the lg g5 battery life doesn’t last nearly as long as it did before. These are some of the signs that indicate the presence of a bad app on your phone.

If you think your phone might be hacked, run a security scan to figure out which apps are behaving strangely. Note which apps are consuming too much battery. And finally, go to your apps list and see which unknown apps are installed and remove them from your phone. If none of this works, simply reset your phone to factory settings and the hacker should lose access to your phone.

How Can I Protect My Children?

To keep your children’s phones safe, make sure to regularly check them yourself for such behavior. Ensure that your children know not to do anything that might be harmful for them, like taking provocative photos on their phones, in order to make sure that even if their phones do get hacked, they don’t have to deal with something so serious as having their intimate photos in the hands of a creep.

Your child may leave his phone and not remember where, in this case, use the call my phone service, which will make a free and safe call to your number and you can quickly find the phone.

Simply put, everyone should know how hacking a phone works and how to remove a hacker from their phone if they ever need to. Phones these days have too much sensitive information to let a stranger get their hands on it, so it’s always better to be safe and vigilant, and keep an eye out for any weird behavior with regards to your personal devices.

Review How To Protect Your Phone?. Cancel reply

Top 6 Reasons Why Digital Marketing Is Necessary In Business?

How to Avoid Online Scams When Using Websites For Money Transfers

HOW DO YOU STORE HAZARDOUS MATERIALS?

Shazam Khan, 2 months ago
How To

How To Plan A Website Redesign Project: 7 Strategies For Success

How to Utilize the Bitcoin in Digital Trading