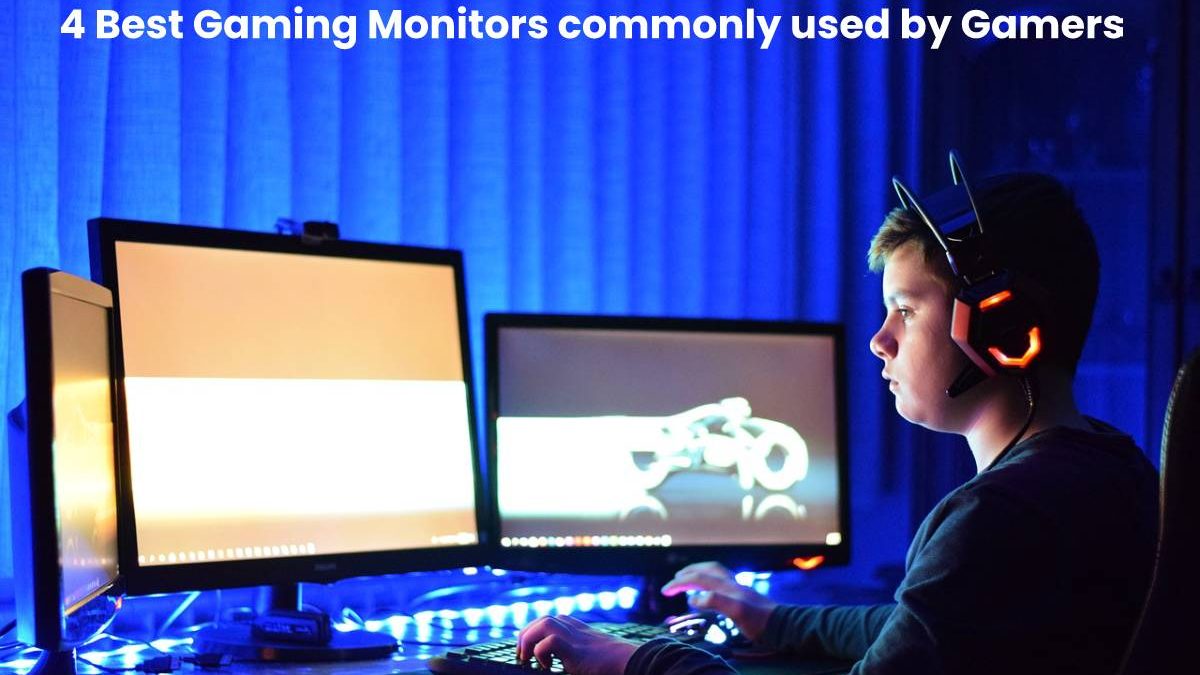 The biggest challenge in buying gaming monitors is to decide where to start. With numerous specifications and features floating around and new ones breaking into the scene, gamers often find it very confusing to select a monitor that they would be delighted about.

The more information you gather, and there is tons of information on the internet, the more confusion you will face in sifting through it and arrive at a logical conclusion. Gaming Rig 1080p computer monitors is as good QHD or 1440p monitors provided you choose the right panel size and technology to support it.

Your budget is also a factor that drives the selection of monitors, and there can be a considerable price difference between monitors based on technology.

If you are looking for a decent gaming monitor at an affordable price, then going for a TN gaming monitor would be most appropriate. For best viewing angles and tremendous color depth, IPS monitors, though costly, are the choice that no one can refute. This article should be of some help to know what these technologies mean in terms of gaming experience. 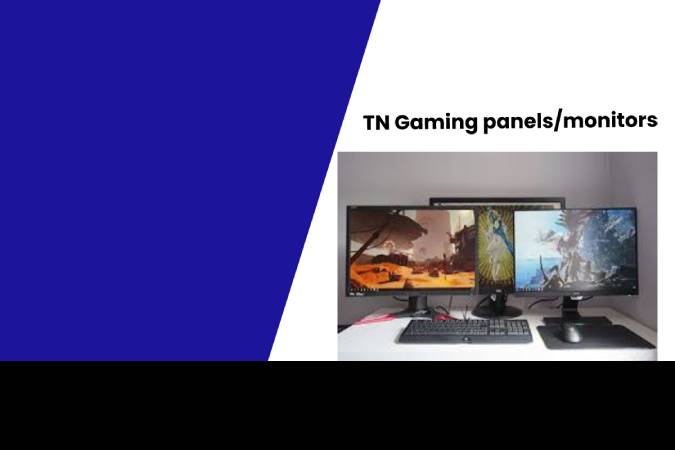 In addition to the low price, TN gaming monitors have the lowest display lag, which is the time it takes to transfer a video output from the graphics of the computer to an image that shows on the screen. These monitors are the most responsive too.

TN monitors are suitable for gaming because the low display lag makes it well suited for FPS or Fast-Paced First-Person Shooter titles that heavily depend on responsiveness. TN panels can achieve a high refresh rate is another reason for its high compatibility for gaming.

The limited viewing angles of the monitor that ranges between 170o horizontally and 160o vertically is one of the drawbacks. 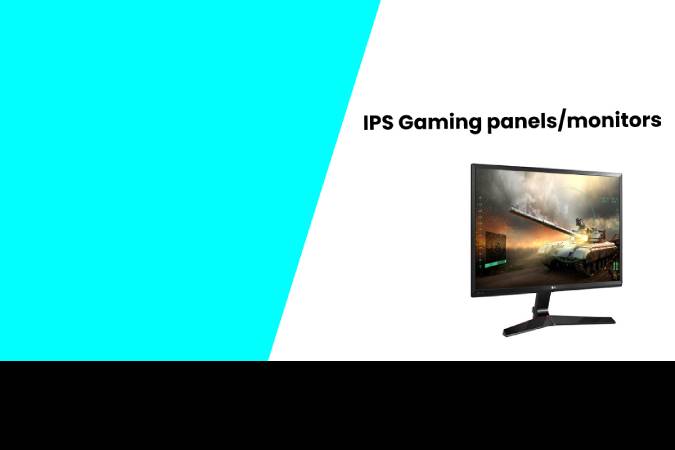 Despite its higher price, IPS (in-plane switching) monitors are fast gaining popularity among gamers. The technology that was developed to complement TN panels by improving upon the shortcomings like limited viewing angles and color reproduction for better image quality has now become mainstream.

The viewing the angle of IPS monitors is 178o for both horizontal and vertical viewing, and when viewed from off-center, the color or contrast shifts are almost negligible. The color reproduction is more accurate, and the monitor display more colors because of using true 8-bit color depth panels, which are superior to the 6-bit color depth panels of TN monitors. The response time of IPS panels is 8-10 milliseconds, which is much higher than 2-4 milliseconds achieved by TN panels. 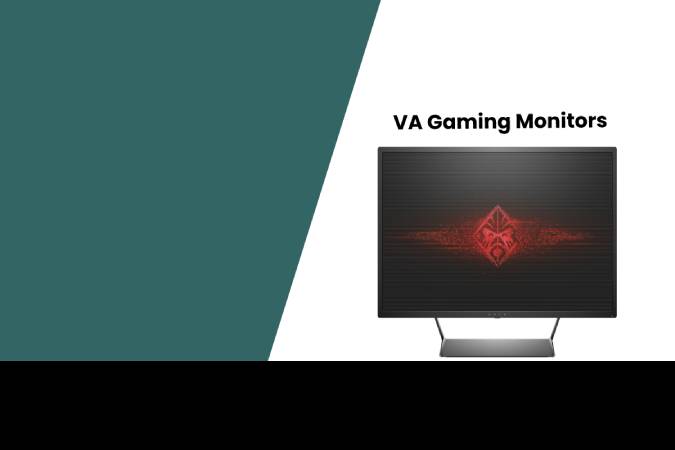 IPS and TN boards contrast particularly as far as review points, revive rates, responsiveness, and shading profundity. VA-type boards were created as an endeavor to locate a center ground, which means a board with parity of attributes of IPS and TN advancements.

The VA-type, the board, is typically arranged into two principal classifications – Multi-Domain Vertical Alignment (MVA) and Patterned Vertical Alignment (PVA), even though the two are comprehensively comparable and PVA has declined in fame as show makers have turned more towards IPS. VA-type boards are the least regular showcase type available.

VA-type boards have more extensive review points than TN-type boards, however, they do show some askew shading and difference shifts, something IPS boards don’t come by and large have. VA boards are additionally distinctive in that the VA innovation takes into consideration higher differentiation proportions than IPS or TN counterparts: 3000 to 5000:1 is typical. Shading profundity is commonly 8-piece, making VA boards more exact and dynamic than TN reciprocals and very like IPS.

While there are a few screens ready to revive rates up to 120Hz, most VA-type boards have comparable invigorate rates to IPS partners. Thus, concerning reaction times, the VA-type board is nearer to IPS, if not a little slower. 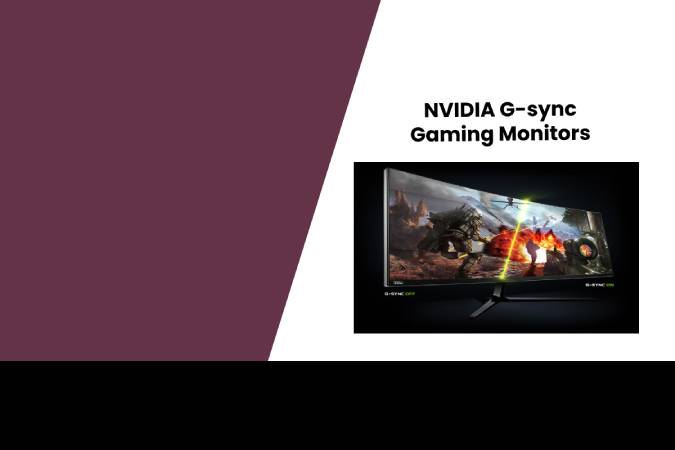 Tragically, regardless of whether you purchase the most costly illustrations card on the planet. You will experience tearing and faltering in games. The issue is that when the GPU sends a rendered edge to the screen while it is in a revive, just the piece of the screen that still hasn’t been invigorated will be refreshed with the new casing. It is known as tearing and looks necessarily horrible. With tall vertical articles split into equal parts over the screen as should be evident in the picture underneath.

Since the screen is running at a fixed invigorate pace of 60Hz, the GPU and display might be in a state of harmony. This happens if the GPU is yielding at exactly 60fps. Anyone who has ever played a game will realize that the casing rate fluctuates immensely from second to second. And as the view changes, so it’s inconceivable for a GPU to yield at 60fps consistently.

The usual workaround for this issue is match up, a component that GeForce drivers enable you to empower. What match up does is power the screen to show the entire edges. It eliminates tearing. However it makes the screen skirt any casings that are sent over by the GPU while the screen is in a revive.

This skipping, notwithstanding, is additionally noticeable as a stammer and is generally apparent on-screen. When the casing rate changes significantly, for example, changing the view from an easy to a mind-boggling scene.

Be that as it may, you can kill both tearing and faltering by joining your GeForce card with a G-Sync screen. G-Sync screens have additional hardware in them, which empowers the GPU to modify the revive pace of the screen on the fly. At that point implies that the screen will possibly invigorate when the GPU is prepared to send it another casing.

The final product is a smooth gaming experience, instead of one that experiences appalling and diverting tearing (vsync off) or irritating stammers (sync on). So, G-Sync is astonishing and seemingly the most significant advance forward in visuquality since the change from programming to equipment 3D increasing speed.

The Original Social Network: What Is Usenet and Why Should You Be on It?