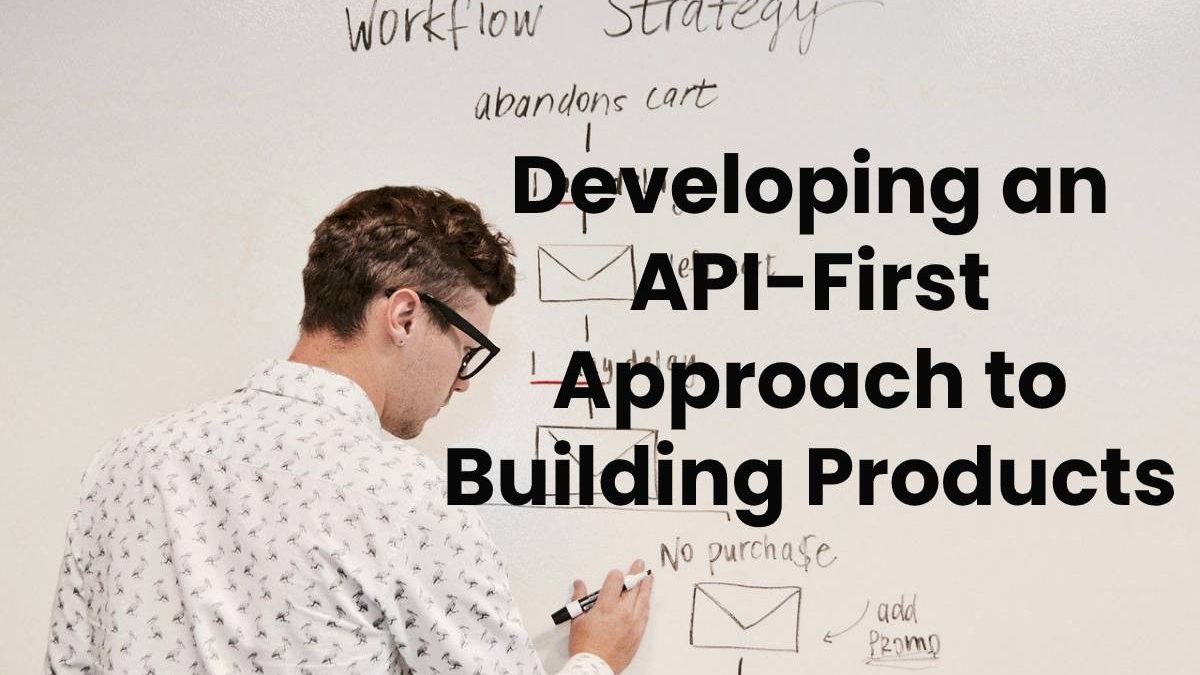 An API-first approach means developers put APIs at the top of the list of development before implementation or further code development.

What Is an API-First Approach?

When establishing an API-first mentality, application development will center on consistent and reusable APIs. This provides consistent information to devices about how the API functions, links to other APIs, and the expected results. By defining the description language first, developers can work from the result desired and dictate code development to reach the goal.

APIs provide modules that break down components and separates concerns. As long as the APIs don’t change, components can be swapped in and out without interfering with interactions with other APIs. It also allows for using modular code. If you are using a library, you can avoid having to understand the full idiosyncrasies of the code if you know the API.

The Three Principles of an API-First Design

There are three principles that drive API-first design:

1. The API is the first user interface of your application

Your API needs to be designed with the end-user in mind. If there’s a functionality that isn’t covered by the API, it won’t be covered in the GUI or command-line interface. Developers need to spend time to manage and design the API with the same level of attention they’ll pay to UX and graphical user interface.

2. The API comes first – before the implementation

3. Your API is described (and maybe even self-descriptive)

To be efficient, the API needs to be understood easily even by others that have not been part of its creation. Usable API documentation is the underpinning to translate content so it can be consumed. This means structured documentation that follows standard patterns for items such as URLs, request methods, headers, parameter requests, and responsible formats.

The first step is making sure you have the right developers on board. Once your team is in place, creating an API-first approach will mean bringing together key API stakeholders at the initial planning stage. You’ll need wide buy-in that is shared to create an efficient design. It will mean brainstorming to identify the key services that should be offered, an examination of use cases, and the end game for each of the use cases in the application.

Designing an API contract will create a set of standards and best practices for API design. The key to consistently and reusability is documentation and descriptions. This makes sure that all APIs will work the same. Throughout the design process, practice rigid governance to enforce standards.

What Are the Benefits of an API-First Approach?

An API-first approach provides an assortment of benefits to make things more agile, faster, easier to learn, and cost-efficient.

When an API is defined, it allows development teams to work on multiple APIs at the same time. It provides for a more agile development cycle since teams don’t have to wait for other APIs to be developed or updates to be released. They know the rules and how they’ll operate even before it is developed. Developers can test API dependencies based on the definition.

APIs allow developers and companies to work together and collaborate. By producing a consistent building block for development, you can leverage technology and build on it rather than having to start from scratch.

Modules can be built and reused. Much of the building process for APIs can be automated using software tools that allow for the importation of definition files. API documentation, SDKs, and “mock” APIs can be auto-generation.

Because an API-First approach has a layer of consistency, new modules or features can be added to applications without having to re-architect the entire codebase.

Since codes and APIs can be reused across projects, developers don’t always have to start with a blank slate. Reusing APIs and code save time and money in the development stage. It also avoids problems at the integration stage because you know upfront how the APIs will work.

Consistent APIs that are well-designed and documented will make it easier when new team members are brought on board. It can also reduce the learning curve significantly as team members move to new projects or need to be brought up to speed quickly. Strong documentation and definitions transfer across projects.

What is Image Optimization and How Does it Make Websites Load Faster?

What Important Elements Should I Include in a Compelling Landing Page?

One-Click Away: Google Online Reviews and Its Importance

8 Different Types of Loans You Should Know