Home > Definitions > What is Peer-to-peer? – Definition, Functions, Features, And More 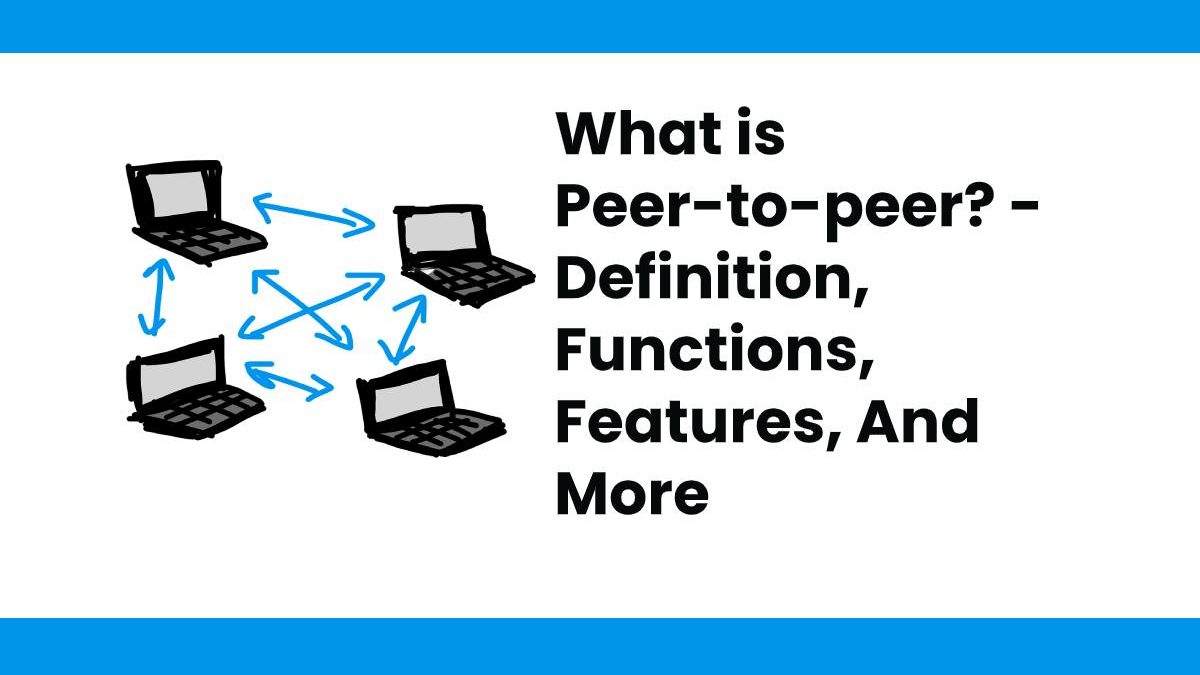 These Peer-to-peer networks started working as a way to share files between several people, all connected to the same computer network. In this way, they were able to increase the performance of connections and file transfers, reducing transmission time. Thus, a file located on a computer on the network could get directly downloaded by other computers. And following this principle, if the same file is present on several computers, other computers on the network could download it even faster and easier.

It is a computer network in which all or some properties work without clients or fixed servers. But rather are a series of nodes with a behavior that is the same as each other. Hence its name peer or peer network.

It means that they act simultaneously as clients and servers concerning the other nodes that the network has. This type of operation allows the direct exchange of information, in any format, between all the interconnected computers.

The particularity that through this direct system information can be shared and exchanged between two or more users has led users to use this network to exchange files whose content is subject to copyright laws. Which has caused considerable controversy regarding this system.

Also read: What is ASP.NET? – Definition, Applications, Differences, And More

How do peer-to-peer works?

These peer-to-peer networks take advantage of, manage and optimize the use of bandwidth by the remaining users of the network through the connectivity between them. Thus obtaining connections and transfers with more performance than with conventional methods.

Not only are they used to share files or audio, video, or software files. But they are also used in VolP telephony to make data transfer faster.

Although the history of this type of network can be traced back to 1960, it was only in 1999, when Napster, a file and music sharing application, was introduced that was the beginning of this type of p2p network as it is known today.

The robustness in case of failures in the excessive replication of the data to different destinations, allowing peers to find the information without making any request to any centralized server.

Scalability since it has a global reach with hundreds of millions of potential users. And it is considered that when more nodes get connected to a peer-to-peer network, its operation will be better.

Decentralization since all the nodes are the same, and none is essential for the operation of the network.

The anonymity of the content author, publisher, reader, server, and request to find the material.

Shared costs between users or also through the donation of resources in exchange for resources.

The security is the area that is not yet very strengthened. But mechanisms such as multi-key encryption, reputation, copyright, etc. are being implemented.

Also read: What is an Archie? – Definition, Examples, And More

What is POP3? - Definition, Characteristics, Advantages, And More

What is NoSQL? - Definition, Categories, Benefits, And More

What is OLAP? – Definition, Processing, Types, And More