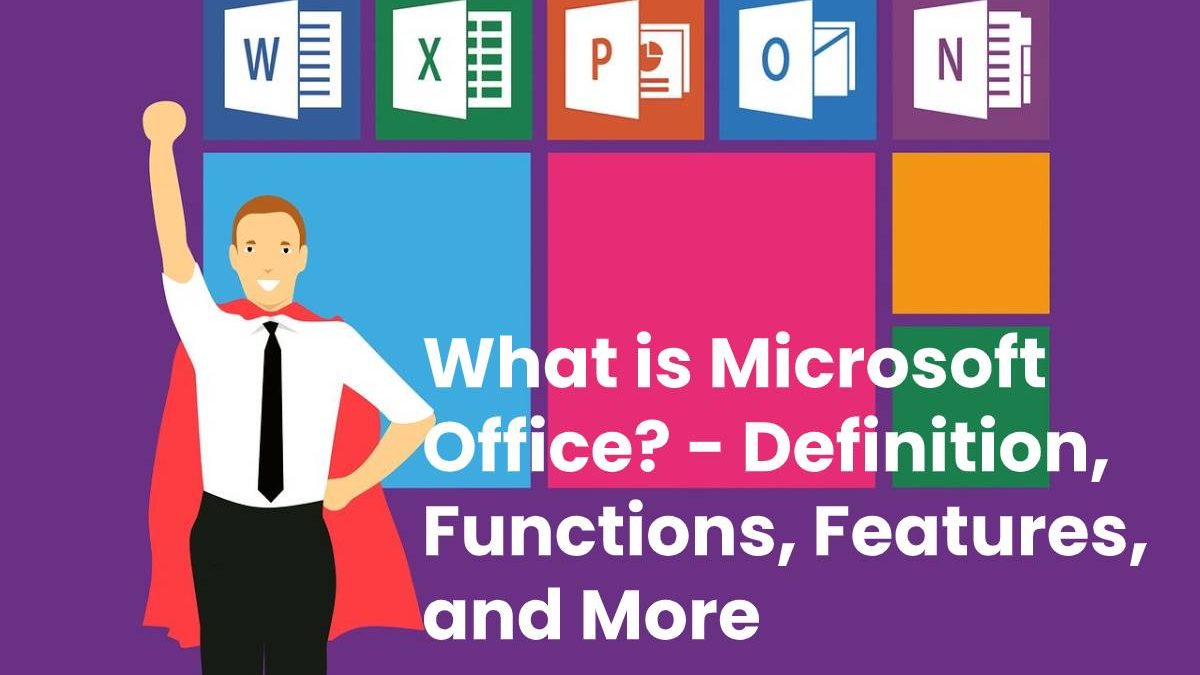 What is Microsoft Office? – Definition, Functions, Features, and More

Microsoft Office, or only Office, is a family of client software, server software, and services developed by Microsoft. Bill Gates announced on August 1, 1988, at COMDEX in Las Vegas.

Microsoft Office is one of the most popular, versatile, and complete office application suites in the world. It is so popular that more than 80% of companies use the services of this software.

First launched for Mac in 1989 and later in 1990 for Windows. The office had its origin in a marketing idea, that of bringing together in the same package several of the firms. Popular applications for business and office that until then were sold separately, the idea that paid off.

Also read: What is Alexa? – Definition, Types, Privacy, and More

It is a set of applications with which we can carry out office tasks, being able to automate. And achieves a high level of performance in these tasks, called “package”. Because, under the same name the programs, options and features that are required to achieve an outstanding level of data compatibility are combined. That will allow us not to depend on several external apps that are rarely compatible with each other.

The [Microsoft Office] suite a series of leading applications in its field, and that gives the company or individual that uses them a wide variety of advantages. Thanks to the rise of mobile devices, today, we can count on other variants of the cloud-based Office package for different mobile operating systems such as Android or iOS.

All the options offered by the Office package helps us to do the work incredibly fast. Not for nothing is the office automation standard.

We also have the so-called “Subscriptions,” a way to have Office services paying monthly. This means that we do not have to pay the cost of the entire suite, invariably high. You can consider this type of model as a kind of “rent.”

Today, Microsoft Office is a complete office suite that covers the web platform. And can interact with desktop versions and mobile versions. Thus giving a comprehensive overview of services on all types of systems.

Over the years, Microsoft has increasingly incorporated better features and programs into the suite and has managed to modernize to always be ahead of its competitors, especially the attempts, very commendable by the way, LibreOffice, OpenOffice and Google office applications, among others.

What are the Office programs?

This application developed for word processing, without a doubt, the most used around the world, and a standard for the rest.

Another industry standard. Excel is an application developed to create spreadsheets with thousands of functions and features.

It is the most used application around the world for the creation of slides and presentations. Through PowerPoint, we can include images, sound, text, animations, and videos to any presentation easily and quickly.

This application is for the personal information manager and default email client of the suite. It includes a calendar, task manager, contacts calendar, and many other essential features.

It is the Default suite application for editing XML-based forms.

Without a doubt, it is one of the best applications for taking notes on the market. With features superior to other programs of its kind such as Evernote.

This application helps to compete with other desktop publishing software such as InDesign. But it was unsuccessful, limiting its use to only some companies that use it for internal designs and little else.

Tool for collaboration of working groups through P2P.

The app designed by Microsoft offers its customers a stable and straightforward way to manage conferences and meetings in real-time through video and instant messaging.

Microsoft Office is an application package that contains a series of software tools developed specifically for the tasks that get carried out in offices and all kinds of shops. And over the years, it has become one of the main tools of Work and education for students from various fields around the world.

Currently, carrying out any task that involves the use of mathematics or any other subject is almost impossible. If we do not help with any of the Office applications, from writing reports to accounting, everything can be done with Office and efficiently.

Microsoft has been as successful as possible in those SMEs or companies that do not have the budget or do not require higher-level IT solutions. Such as ERP, CRM, and others.

For these types of companies, the Office package has become a window into the future without paying the extraordinary sums that would mean having to develop custom software.

Undoubtedly, the greatest success of Office is in its flexibility. Since in addition to being able to be used by companies to carry out complex tasks such as stock tracking, accounting, and other commercial uses. It can also be used by the student to perform their tasks, with the same options and characteristics as those used in companies.

We can share graphics, texts, results of formulas, mathematical operations, and others among the different apps that make up Office as if it were the same program. That is to say, without any compatibility problem, it is perhaps one of the greatest achievements of the Office package.

It helps to share data easily between the apps in the Office. So that we can do everything we need for the office and the school in a similar interface and with the same commands without exporting the documents obtained in a particular app to convert to the image or other formats.

What is Migration? - Definition, Causes, Types, and More

Student Loan Repayment and Consolidation Calculators, How they Help