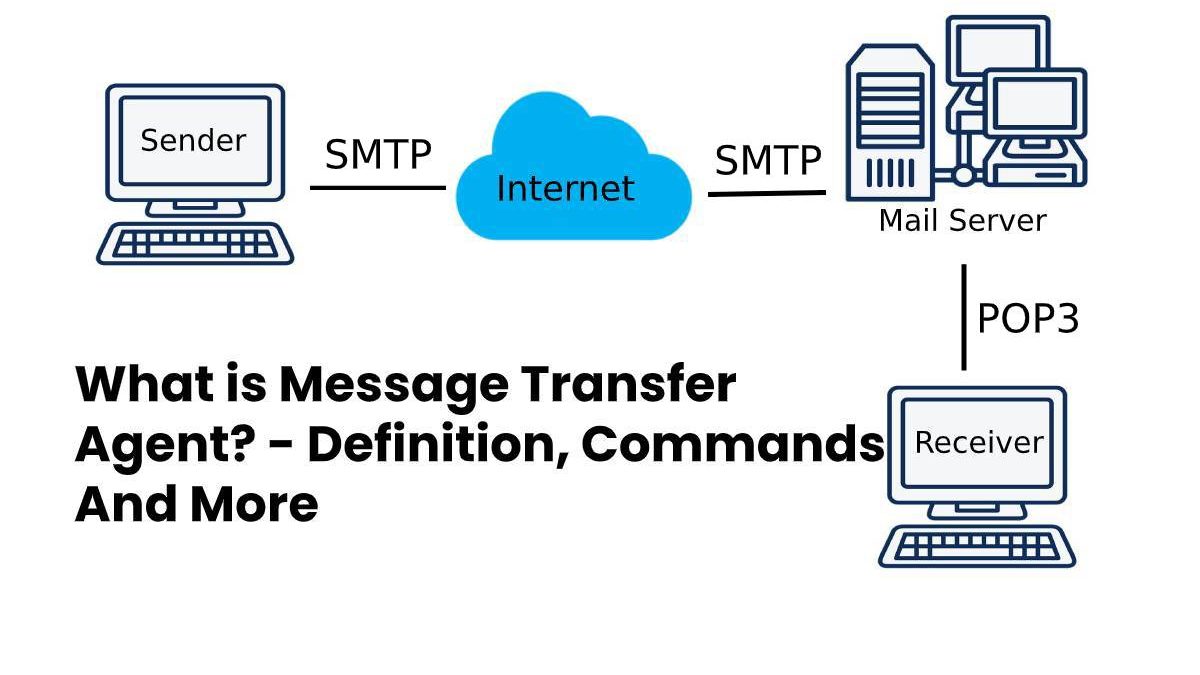 What is Message Transfer Agent? – Definition, Commands, And More

A message transfer agent, mail relay, or mail transfer agent is software that transfers electronic mail messages from one computer to another using SMTP in the Internet email system. In some contexts, we also use the terms mail exchanger, mail server, and MX host.

What is an SMTP server, and why is it used?

SMTP is the acronym for “simple mail transfer protocol.” But, for many of us, there is nothing simple: it is another technical term that is very vaguely understood. In reality, SMTP is part of a technology that many of us use today regularly.

Also read: What is Adware? – Definition, Types, Features, And More

What does SMTP(Message transfer agent) mean?

In human and understandable terms, SMTP (Simple Mail Transfer Protocol) is an underlying protocol that allows emails to travel over the Internet.

It is a messaging protocol used to send an email from a source server to a destination server. This procedure, essential in the process of sending emails, is completed by the SMTP server.

What is the SMTP server?

The SMTP server is a computer in charge of carrying out the SMTP service, acting as an “electronic postman” and allowing the transport of that email over the Internet. SMTP relay works effortlessly: if the SMTP server confirms the sender and recipient identities, then the sending is done.

It collects the sender’s email and delivers it to the recipient’s local post office, which is another SMTP server. It was born in 1982 and continues to be the most widely used Internet standard today.

To break this down a bit more, let’s imagine the route that your standard email would have to do at snail speed to reach your destination:

How does SMTP relay work?

When we send an email through the SMTP relay protocol, what occurs is the validation of a series of text commands (of the ASCII character string), which are subsequently get sent to an SMTP server using Port 25 or 58.

The content of the email does not come into play in this process; attention of the SMTP language defines exclusively in the transmission.

Every time we send an email using the SMTP protocol, a new session of the SMTP relay service opens. Next, a series of information exchanges take place between the email client and the destination SMTP server, as if it were a conversation.

The conversation occurs using simple text commands. The most common are the following:

To open a session with the server.

To open a session, in case the server supports extensions defined in RFC 1651.

To indicate who is sending the message.

To indicate the recipient of the message.

To indicate the beginning of the message, it will end when there is a line with only a dot.

To close the session.

Aborts the current transaction and deletes all records.

Initiates a transaction in which the message gets delivered to a terminal.

Request the server to verify an entire argument.

Request the server to confirm the argument.

Allows you to request information about a command.

Let’s look at an example of a friendly conversation between the email client and the SMTP server.

This exchange is initiated by the “EHLO” command, followed by the “MAIL FROM” command, which will allow us to identify the sender.

Next, it sends with the «RCPT» command that allows the server to identify the recipient and then the «DATA» command, through which the content of the email gets sent.

Finally, the command “QUIT” gets sent, indicating the end of the exchange and the conversation between the email sending client and the server.

Every time this process occurs, the SMTP server will send the responses of these clients by email, to warn if the commands are valid or not.

What type of SMTP server should you choose?

The establishment and maintenance of an own SMTP server is usually an option for those companies concerned with security and process control, as well as service reliability, as they sometimes do not know the standards that external providers can offer.

However, having your SMTP server is a task that can quickly become expensive and time-consuming. The use of our technology implies allocating resources to its management and also maintenance, and we cannot always count on the most significant advances or the best functions.

Send through an email provider

Also read: What is Wireframe? – Definition, Uses, Examples, And More

The Dark Side of Free VPNs: Here's What You Should Know

What is JavaServer Faces? - Definition, Objectives, Elements, And More

What is Cisco Viptela SD-WAN? – Definition, Features and Analytics

What is VeloCloud SD-WAN? – Definition, Architecture and Functions