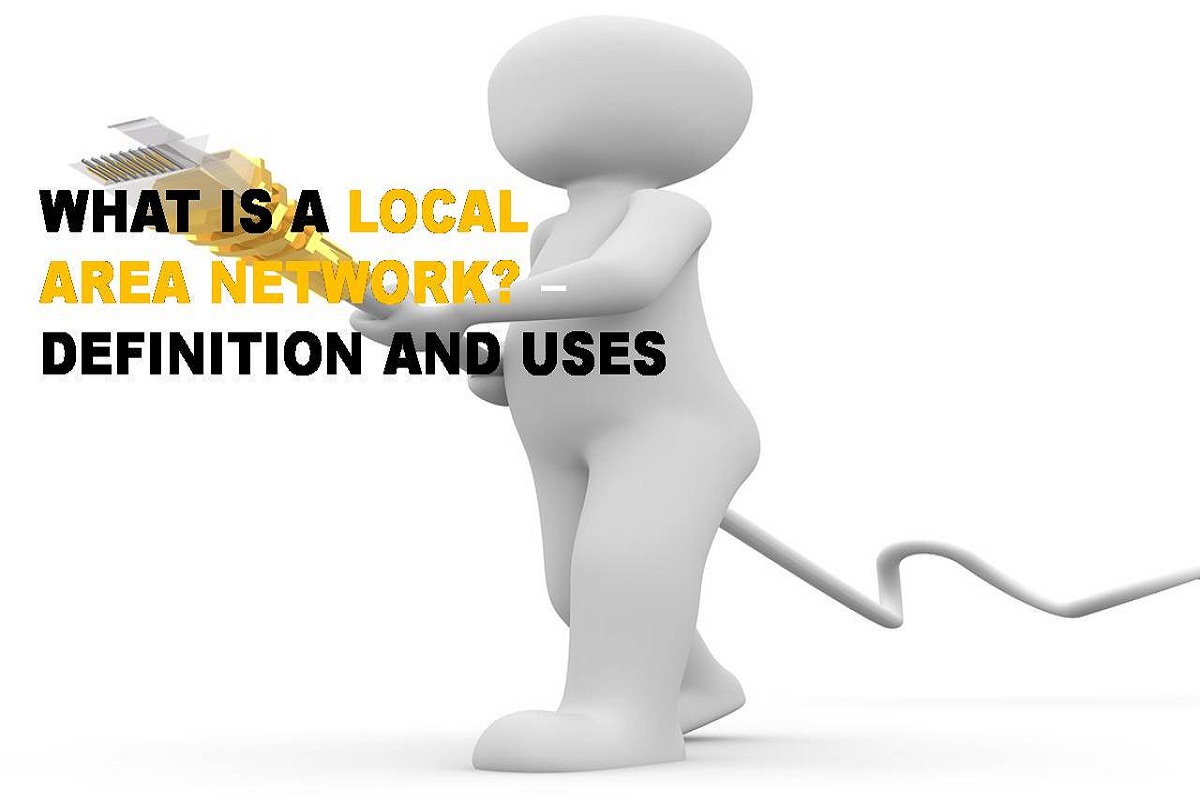 What is a LAN (Local Area Network) – Definition and Uses

LAN is a abbreviation for Local Area Network. A computer network is one that is made up of computers (computers), peripherals and other devices that are mutually connected so that they can share their resources. Depending on the mode of interconnection, the relationship between the elements and other issues, computer networks can be classified in different ways.

Among the computer networks is the so-called LAN network, an acronym that refers to the Local Area Network. These networks link computers that are in a small physical space, such as an office or a building. The interconnection is done through a cable or waves.

Computers that are connected to a LAN network are known as nodes: each node, therefore, is a computer. Thanks to the network, users of these computers can share documents and even make frequent use of certain peripherals, such as a printer.

The advantages of installing a LAN network in a company or even in a house are numerous. When sharing a printer, for example, it is not necessary for each user to have their device, which saves a lot of money. On the other hand, the ease of accessing documents hosted on any node of the LAN network is beneficial when working together.

The speed of data transmission within a LAN network is much higher than that achieved through the Internet. Since the devices that link computers or other devices together within a building usually overcome it several times; for example, it is normal to use a router capable of reaching 300 Mb/s of download (Megabits per second, which is equivalent to 37.5 Megabytes per second), even to take advantage of services that do not exceed 12 Mb/s.

In a case like this, although while each node could download data to a maximum of 12 Mb/s from the Internet, if a user wished to access files that were found in the local area network, they could obtain them at a theoretical peak of 300 Mb / s, a speed 25 times higher. As if this benefit was not enough while using the local connection no Internet service traffic is wasted, which can be useful in the case of limited plans or when the volume of data transferred is high.

The history of video games reserves a very special space for the LAN network since it was thanks to this possibility of connecting the equipment that opened the doors to a new way of experiencing fun.

At first, it broke with the limit of players who could compete or collaborate in the same game, which at the time was linked to the capabilities of each console or computer and the creativity of the developers; but over time it served as an experimental phase for the network of networks, the Internet.

Although the LAN network may seem reserved to the business world, many players still enjoy their possibilities to have fun with friends or even to compete in the most important tournaments in the world, where the instability of the Internet would be fatal.

As in other aspects of computer science and electronics, experts have many factors in mind when assembling, optimizing and maintaining their local networks, from the brands and models of the components to the most remote details of the software configuration, to make sure you do not waste a single fraction of a second.

Review What is a LAN (Local Area Network) – Definition and Uses. Cancel reply

What is a Network - Definition and Uses

What is a Data Network - Definition and Uses

What is a Database Analyst? Definition, Functions and More

What is Accessibility? – Definition, Uses, Features and More

What is Artificial Intelligence [AI]? – Definition, Features and Uses