Home > Technology > What is the JVM? Learn more about the Java Virtual Machine 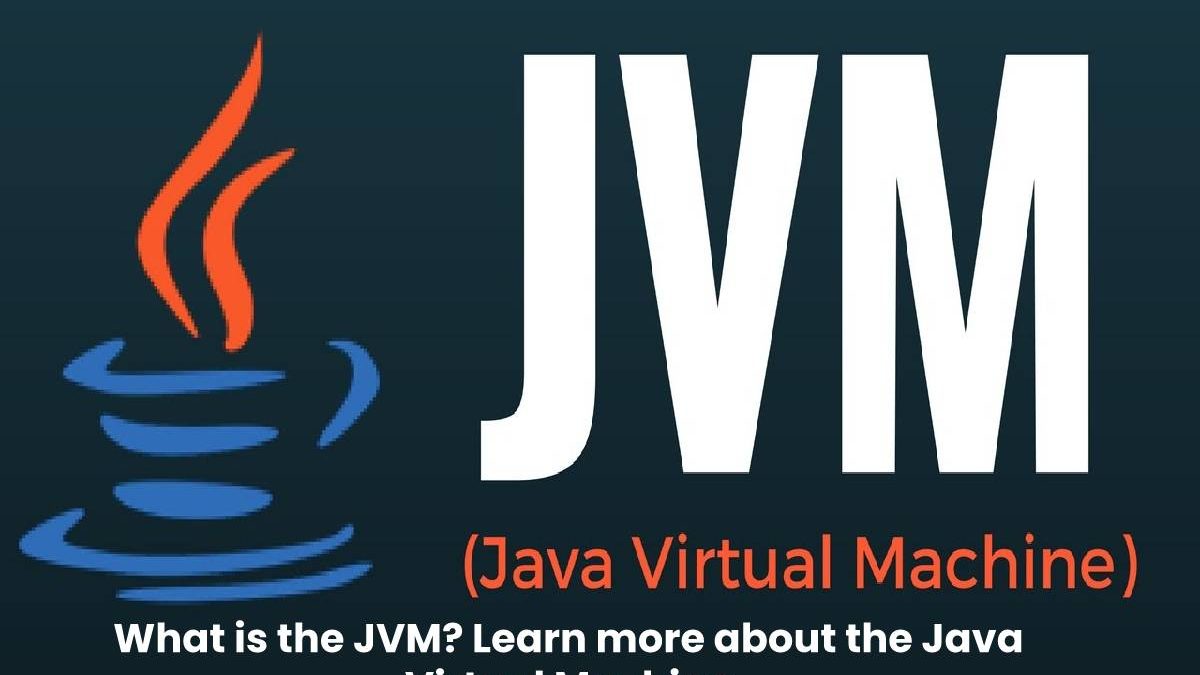 What is the JVM? Learn more about the Java Virtual Machine

Java applications have gained use and fame increasingly over the past few years. We can see it all around us on our phones, tablets, and on our computers. This would essentially mean to compile arduous amounts of code to make it at par with the compatibilities of running it on the different operating systems.

This in turn becomes a boon for the developers, as Java is designed to be a platform independent – or “Write once, run anywhere” module. So it becomes a onetime affair that helps in the long run across platforms.

What is the JVM?

Java Virtual Machine (JVM) is a program which is basically an execution place for the Java applications. JVM acts like a versatile machine that processes the interpretation of the bytecodes that are compiled from the Java Source Code, by converting it into machines language. JVM is a part of Java Run Environment (JRE).

Normally, for other programming languages, the compiler would produce the machine code for that particular system. Whereas, as a Java compiler produces code for a Java Machine which is known as Java Virtual Machine.

As explained by Matthew Tyson, Java World in his blog on JVM – he points out the differentiation of the definitions of Java Virtual Machine for the developers as well as the technical terms.

The JVM can be the specification for a software program that executes the code as well as providing the runtime for that given code.

The JVM is how we conduct the runs for our Java programs. We can set up the JVM settings and then rely on it to manage the program resources while it performs execution.

“Under the Java Development Services, When developers talk about the JVM, they usually are referring to the process running on a machine, especially a server, one that represents and controls resource usage for a Java app. Whereas, the JVM specification describes the requirements that are needed to build a program to perform the tasks.”

In the pre-Java era, the program memory was managed by the programmer. But in Java, this task is managed by the JVM – it manages its memory through this process of garbage collection, which periodically identifies and removes the unused memory in Java programs. This all is contained inside a running Java Virtual Machine.

However, this trend caused quite an uproar about this development, as it wasn’t a feature for the other programming languages, much like its other features. Post this, there have been many optimizations to where it has come to now.

THE THREE DIMENSIONS OF JVM

The three parts of the JVM that you need to understand are – Specification, implementation and instance. Let’s look into each of these to understand better.

JVM is a software specification, which means that its implementation details are not defined within the spec itself. To be able to implement the Java virtual machine correctly, there is a pre-requisite need of being able to read the class file format and perform the operations specified.

However, JVM’s only job of running the Java programs, is not as simple as it might seem on the outset. This is due to the power and the flexibility that Java and its scope brings.

Like the name suggests, Java Virtual Machine is an abstraction from an actual machine – like a server that runs any program. But JVM is a little ahead of the game, where it creates a predictable environment for programs to run within.

JVM, although, doesn’t actually create a virtual operating system, like a proper virtual machine would. To put into better words, JVM is more like a “managed runtime environment” or a “process virtual machine”.

Implementations of Java Virtual Machine specifications, is like producing an actual software program. There are many JVM implementations, both open source as well as proprietary. Hotspot JVM is one of the most frequently used JVM.

Most licensed JVM’s are often created to provide OS-specific performance improvements. Generally, you can download and install the Java Virtual Machine as a bundled part of Java Runtime Environment (JRE).

Basically, as the JVM spec gets implemented and released in the market as a software product – people can download and run it as a program. This downloaded program is an instantiated version of the Java Virtual Machine.

Often in conversations between developers, the JVM that’s the point of the conversation is actually this instance being run in a software or product environment.

Executing code requires managing the access to the system’s resources. The execution engine of the JVM is the medium between the running program and the OS, which connects the supply and demand for the file, network and memory resources.

System resources can be essentially be divided into the two vast categories of – memory and the rest of the components.

Java Virtual Machine has the responsibility of disposing unused memory through garbage collection. It also takes care of allocating and maintaining a ‘referential structure. Even something as small as a new keyword in Java, is turned into an OS – specific request for memory allocation, as a part of its functionality.

Apart from memory collection and disposal, the execution engine maintains the upkeep of the resources for system access and network I/O. This is what sets JVM apart from the others, with its application’s resource needs and being responsive to each OS environment. Thus, it is able to work without qualms in every operating system without glitches.

Mr. KunalsinhVaghela is the founder and CEO of GlobalVox LLC. He is an Oracle certified architect and master, and has decades of experience under his belt. He has worked across the globe for the esteemed clientele, providing one-stop IT solutions services to a plethora of enterprises. He is a knack for keeping an eye out for the future tech and always likes to make a blueprint to reach new unconquered heights. Apart from the tech world, he is also known for his entrepreneurial, oratory and anthropological skills.

Also You can find more helpful resources at techiesline

Review What is the JVM? Learn more about the Java Virtual Machine. Cancel reply

How to Improve Employee Productivity in 2020

Pros and Cons of Cross-Platform Mobile Development: Is It Right for Your Project?

7 Ways Technology Can Help You Improve Your Small Business

The Ultimate Guide to CompTIA A+ Certification, Pay Scale & Ways to Boost Income in 2022