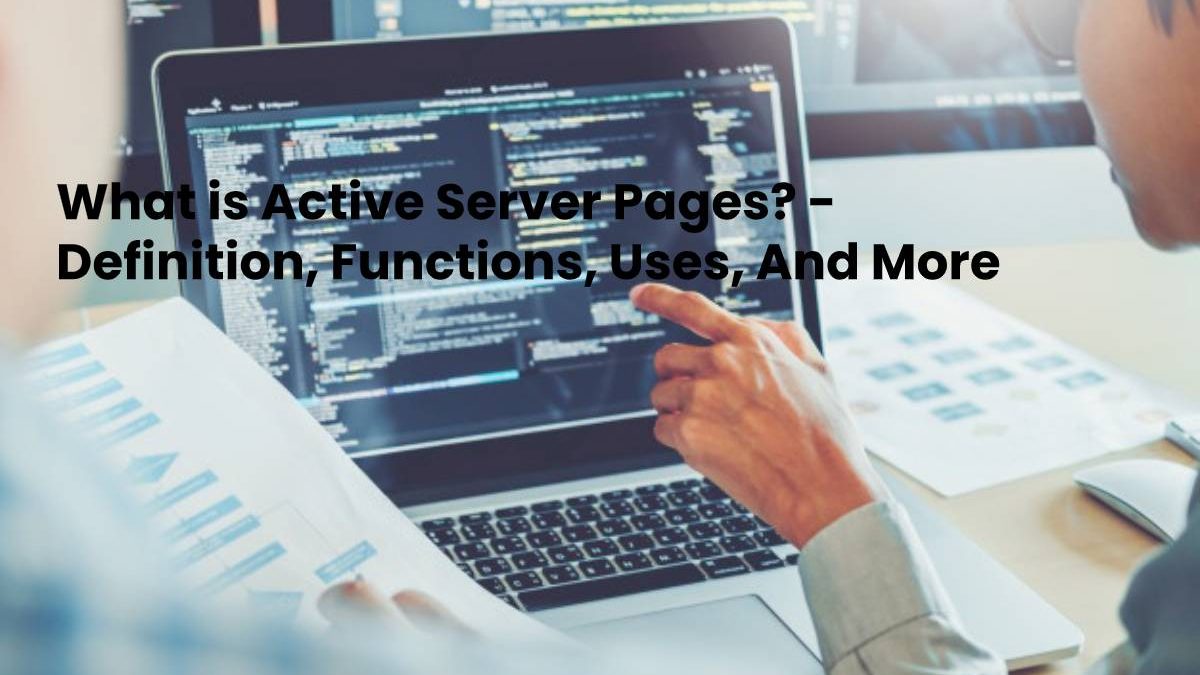 Active Server Pages is the first server-side script engine by Microsoft; it dynamically generates web pages. It got released in December 1996 before being superseded in January 2002 by ASP.NET.

When browsing, we have bumped into a page that has filed with the extension “asp”. And we have asked ourselves what this type of file means. It is part of the Internet Information Server (IIS) since version 3.0 and is an active pages technology that allows the use of different scripts and components in conjunction with traditional HTML to display

dynamically generated pages, translating the Microsoft definition: “The Active Server Pages are open and free applications in which we can combine HTML code, scripts, and server ActiveX components to create dynamic and powerful solutions for the web”.

The principle of ASP technology is the VBScript, but there is another diversity of programming languages ​​that we can use, like Perl, JScript, etc.

ASP is a dynamic technology running on the server-side. Which means that when the user requests an ASP document, the instructions programming within the script gets executed to send to the browser only the resulting HTML code. The main advantage of dependent technologies of the server lies in the security code since we find them in server files that we request through the web, it gets executed, so the users do not have access more than the resulting page in your browser.

The development that has been taking place in what is ASP has been quite comprehensive. Among its primary functions are access to the database, send an email, dynamic graphics creation, and others.

Many things that we can do using CGI can get done with this technology. It is because ASP is so efficient with writing code directly to the server application interface, with the advantage that it is more efficient than CGI. Which depends on a compiler since ASP runs as a service on the server, taking advantage of the architecture multitasking.

To start with the development of Active Server Pages, you need a server with Windows NT 4.x or higher and the Internet Information Server. IIS is an application that we can get in the Option Pack of the NT. It is also possible to use ASP in Windows 9x through the Personal Web Server with the Option Pack previously mentioned.

In the case of using a Linux server, Chilisoft has developed Chilisoft ASP that also allows the use of this technology. Another option is InstantAsp also to run ASP on servers other than IIS.

Most paid hosting providers with NT platforms have access to this technology on their servers. The code can be helpful in any HTML or text editor. There are two tools on the market to work, Professionally the ASP in a visual mode such as Microsoft Drumbeat 2000 and Visual Interdev.

A server-side language runs on a webserver, just before the page gets sent over the Internet to the client. Pages running on the server can perform database access, network connections, and other tasks to create the final page that the client will see. The client only receives one page with the HTML code resulting from the execution of the ASP page. Since the resulting page contains only HTML code, it is compatible with all browsers. We can learn more about server and client programming in the article what is DHTML.

The type of servers that use this language is, of course, all those that work with the Windows NT system. Although it can also be used on a Windows 98 PC if we install a server called Personal Web Server. Even on Linux systems, we can use ASP if we install a component called Chilisoft. It seems clear that it will be better to work on the webserver.

With ASPs, we can carry out many different types of applications

With ASPs, we can carry out many different types of applications. It allows us access to databases, the server file system. And in general, to all the resources that the server itself has. We also can buy ActiveX components manufactured by different software development companies that serve multiple uses. Such as sending mail, generating graphs dynamically, and much more.

Currently, the second version of ASP, ASP.NET, which includes some improvements in terms of language possibilities and the speed with which it works. ASP.NET has some syntax differences from ASP, so you have to treat each other differently.

To find out what ASP is and learn to program in the language we have a section in DesarrolloWeb.

What is Booking Engine? – Definition, Uses, Advantages, And More

What is a Design Engineer? – Definition, Profile, and More