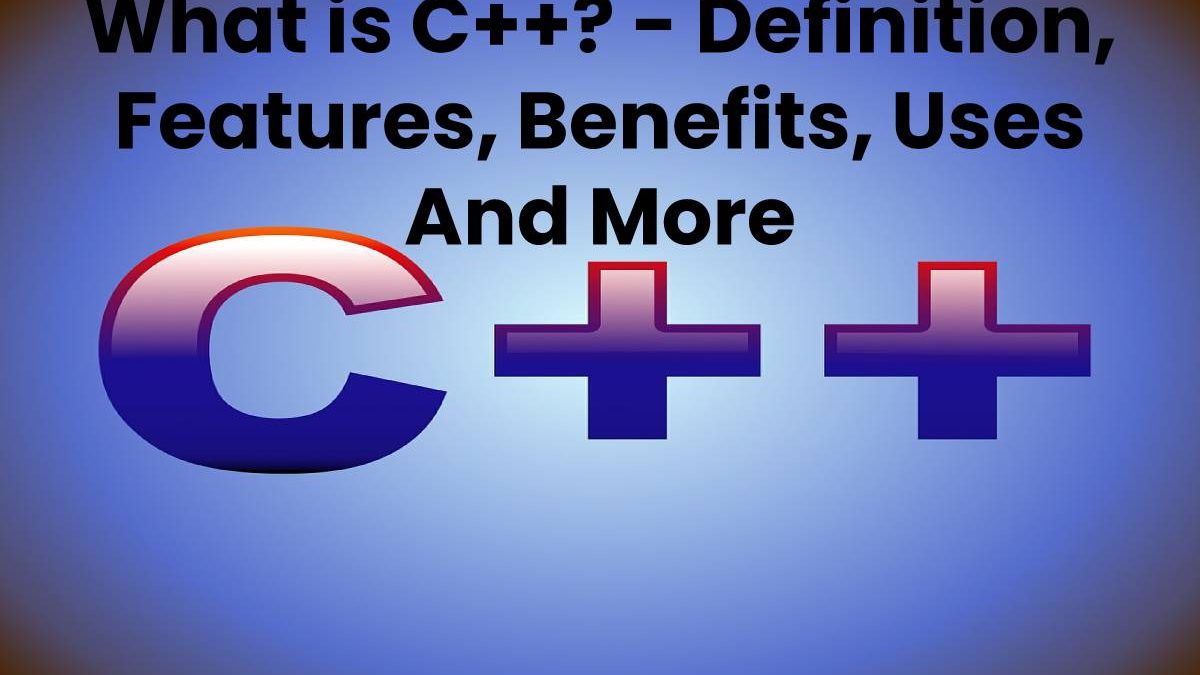 If you are looking to program at a high level, with the option of being able to download even an assembler, it is still a great option, since we are facing a robust programming language which is always up to date.

[C ++] was first known as “C with classes.” Then it was changed to [C ++], which means “increase of C,” implying that it is an extension of the programming language C.

Also read: What is a Barcode? – Definition, Function, and Advantages

It was designed in the mid-80s by the Danish Bjarne Stroustrup. The intention was to extend the programming language C (very successful at that time) so that it had the necessary mechanisms to manipulate objects. Therefore [C ++] contains the paradigms of structured and object-oriented programming, which is why it is known as a multi-paradigm programming language.

The main benefits of programming in C ++ are

The high performance it offers is because it can make direct calls to the operating system, it is a compiled language for each platform, it has a great variety of optimization parameters, and it integrates directly with the assembly language.

The language updates, allowing to create, relate, and operate with complex data and have implemented multiple design patterns.

C and [C ++] are widespread. Almost any program or system is written or has any part written in these languages ​​(from a web browser to the operating system itself).

The main disadvantage of [C ++] is that it is an inclusive language (with many years and many lines of code), it has to have a compilation by platform, and its debugging is complicated due to the errors that arise. Also, library management is more complicated than other languages ​​such as Java or .Net, and its learning curve is very high.

Some of the most important features of the [C ++] language are:

Through libraries, many functions are available and help you write code quickly.

The focus of programming is on objects and the manipulation and configuration of their different parameters or properties.

The compilation and execution of a program in [C ++] is much faster than in most programming languages.

In [C ++], it is necessary to compile the low-level code before executing it, something that does not happen in other languages.

Learning programming in [C ++], then it is much easier to learn languages ​​such as Java, C #, PHP, Javascript, etc.

The applications of the [C ++] language are pervasive. We can name that WEB browsers, operating systems, databases, libraries, graphic applications, clouds, video games, compilers, etc. are written or have enough of their structure, programmed [C ++]. Let’s talk about some of these applications:

Programmers use [C++] to write MySQL, one of the most used databases.

They use [C ++] because they need speed when displaying results on the screen.

The central column of both Windows, such as Linux or Mac OS, is written in[C ++]. Its power and speed make it an ideal programming language to program an operating system.

Compilers use [C++] of many programming languages.

[C ++] is still present in the world of videogames, either to program graphics engines or for any specific part of the videogame.

It also has other applications such as medical machines, smartwatches, etc. for its ability to be close to machine language than other high-level languages.

C ++ is a robust and well-designed language that gets updated over the years. Its power and assembly programming capacity allow it to remain one of the best options for programming today. Learning to program in C ++ remains a great value that will open the doors of the market to many programmers in 2019.

Also read: What is Marketing? – Definition, Significance, Types and More

Also You can find more helpful resources at theknowledgeblog

What is AJAX? – Definition, Functions, Examples, And More