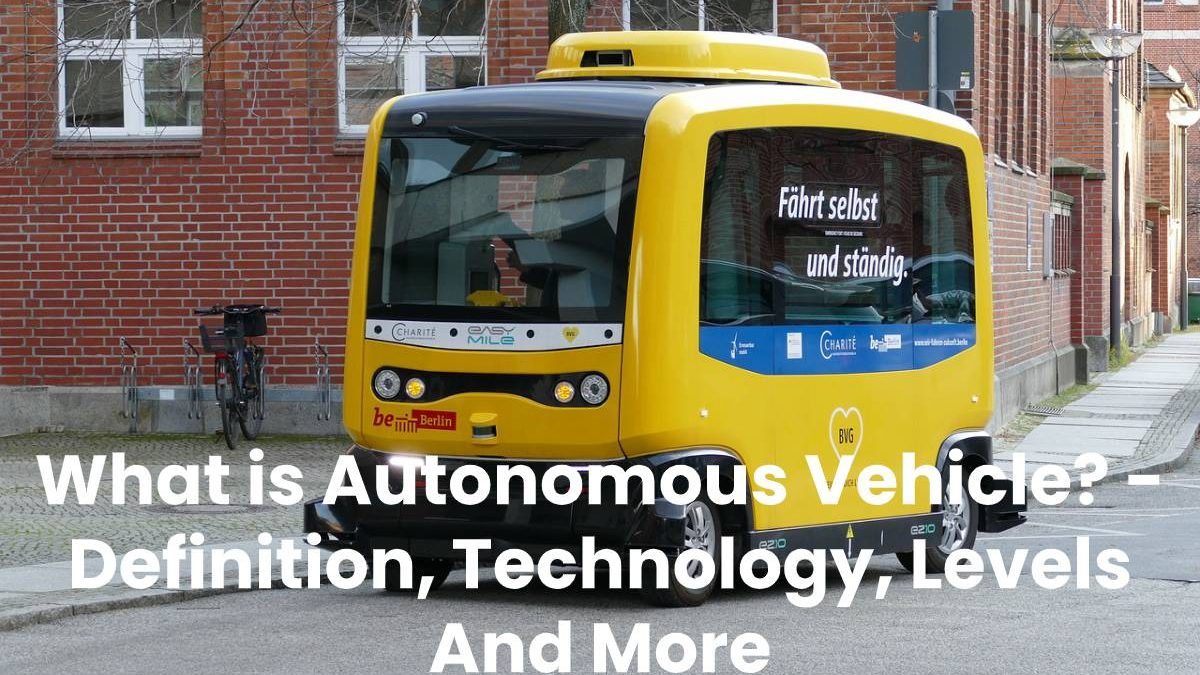 What is Autonomous Vehicle? – Definition, Technology, Levels And More

An autonomous car is one that has the necessary computer systems to imitate human capabilities in terms of driving, both by driving and by control. A priori, autonomous vehicles considered those that do not need a driver; however, the concept continues to evolve, and there are several levels of autonomous driving.

Autonomous cars can perceive the surrounding environment and, based on their analysis, apply driving techniques. In this, its occupants can choose the destination to which the vehicle needs to go. But they do not need to take any action on driving.

What technology does an autonomous car have?

An autonomous car can perceive the environment. For this, it needs technologies such as radar, LIDAR, laser, computer vision by cameras, and global positioning systems such as GPS. All this implies an essential collection of information from the environment; You can identify the route, but you can also interpret traffic signs and recognize obstacles.

It is also crucial that there is a detailed cartographic reproduction of the terrain so that the navigation progress is standard. All this hardware can have dependencies on an artificial intelligence system and connects to ‘the cloud’. Thus, the information obtained by all vehicles can be used for the rest and, in short. The constant evolution of an autonomous driving system following the guidelines of machine learning or machine learning.

The different levels of autonomous driving

There are several criteria for cataloging autonomous driving in terms of different levels. The standard stipulated by the NHTSA establishes that level 0 is that which requires a human for absolutely everything so that it is not even as a level of autonomous driving.

Level 1 Implies that ‘individual controls are automatic,’ than any vehicle that has a free emergency brake, cruise control, or stability control,  would be included in this level. And yet, to enter level 2, autonomous driving is a requirement that ‘two functions are controlled by the vehicle at the same time’. That is cruise control and lane maintenance.

In level 3 of autonomous driving, yes, the car controls itself and is capable of autonomously managing all the functions related to driving. At this penultimate level, however, we need a driver as an assistant. To whom one can launch the queries on specific occasions.

Level 4 of autonomous driving is complete or real autonomous driving, while the vehicle itself can be driven by itself entirely and without any human assistance. The human only complies with the initial guideline of indicating the direction of the route to the vehicle.

Also read: What is a Browser? – Definition, Functions, Types and More

10 Tips On Keeping Your Smartphone Secure

What is ICANN? – Definition, Functions, And More